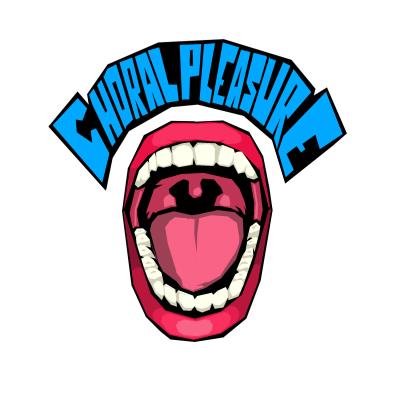 Let's say you receive No Punnilinigus Intended in the mail as a gift. First you notice the cover that looks like a generic clip art print-out. You open up the jewel case and notice the generic CD-R, complete with a handwritten title in Sharpie marker. A scan at the track list, and you're bound to presume, "Oh, someone burned me a CD! I wonder who this is from?" You can't tell it's actually a product, an a cappella album recorded from a group at SUNY Purchase College (their name never appears on what you get). Everything about No Punnilinigus Intended is as homemade as they come, reminiscent of the mixed tape era. Now, group funding is a sticky point, and RARB isn't here to judge how much money went into an album. But because of the lack of professionalism, I must ask: is this the kind of album you really want to send to a review board?

I wish I could tell you that the music far surpasses the presentation, but it's on par with the product. Actually, alright, the music is worse than the product. I feel sick saying any work of creativity is "terrible", but sometimes you just gotta lay it on out because it's true. I think Love Shack, as a huge glaring example of "Whoa ... what is this?!", doesn't even earn a "1". (Sad, sad, sad face. It's also listed as track eight but plays as track seven. Oh dear.) To be fair to the singers, it might not have been so terrible if the album was recorded in a studio (although Platforms A Plenty! and A Little Polish sound so much better than the rest of the album, that perhaps a bit of it was sung in a studio). Or even if more microphones were used. But then again, the entire album is wildly out of tune, and some of the songs are unrecognizable. There's also little energy, except short bouts of hyperness.

Unprofessionalism is running rampant here. Semi-Charmed Life has syllables built on Star Wars characters, and it's not cool, it's beyond corny. Annie Waits is built on "Rock, this, we're gonna rock, this bitch." There's a whole lot more of that kind of business, let me tell you. There also coughing and giggling and throat clearing. There's frantic talking between two tracks about pulling the track or stopping the recording or something, and some tracks end totally abruptly. (Wow, isn't there free basic editing software available?) There's absolutely no attention paid to balance, and frankly, you can't even hear half of the songs anyway, so who knows what else we're missing. And why are there two "bonus" tracks? Who has two bonus tracks?! Who has two bonus tracks, one of which is the same song you sang earlier in the album?!?! Everything is as sloppy as a pig's trough. I've heard the local elementary school choir put on a better show. The whole work is just absolutely haywire from start to finish, and it's just so disheartening because clearly a lot of work went into the singing/arranging at least — it's a long album and there's a lot of voices, some of which are really trying.

I won't load down this review with further negative criticism, as I think the group will be plenty crushed after reading our thoughts. I feel crushed myself. Here's to lessons learned.

Choral Pleasure is a co-ed a cappella group that makes sex jokes, references Star Wars, and covers Third Eye Blind. Wait! Don't leave! Perhaps you do not understand the entendre incorporated into the group's name. Awww ... This is why nobody wants to come to SUNY Purchase.

It suffices to say, Choral Pleasure is rather aggressive in not taking itself seriously. I hope this attitude is sincere, because this album is an embarrassment. I notice SUNY Purchase was founded on a grant by Nelson Rockefeller. Alas, the dead cannot ask for a refund.

This album, and the group itself really, seem to be a fundamental miscalculation. They exist, if they have a reason to do so, in order to sneer at a cappella, at themselves, or both. P.I. comes without liner notes or cover art. The tracks are recorded live. "Do" syllables become "douche".

Fair enough, but sneering at a genre is a genre all its own. Anyone who has dined with a 14-year old can tell you that there is more to being interesting than disinterest, and more to being funny than being merely irreverent.

One could make the case that there is a reason to lace an album with sex jokes. But the jokes here aren't funny, and often seem self-referential, which is useless to the listener. The arrangements are too competent for the songs to rise to the level of parody.

Oh, and the album includes a straight-laced cover of a relative obscure Radiohead track. Naturally, it's unlistenable, but more so, it's unfathomable. It comes after Love Shack, for crying out loud.

So what has Choral Pleasure accomplished? Not the production of a great album, certainly. Nor have they given us a rousing satire. If the song choices were a bit more interesting (and Love Shack does not rise to that level), then it might rise to the level of camp. I'm reaching here.

What's odd is that the ladies in this group can actually sing. Maybe they can ditch the boys and do something that's, I dunno, at all worth anyone's time? The guys can start their own group, devoted to sex jokes and Star Wars and earning courtesy laughs from friendly audiences. The Cockefellers, anyone?

No one's more of a fan of scrappy, fledgling a cappella groups than I am — I spent four years in one. I understand and appreciate the limitations of a newly formed collegiate ensemble: the competition for finding new talent, the budgetary challenges, the lack of former members to answer logistical questions ... it's tough, no question.

I've also observed through the years that most new or establishing a cappella groups seem to have the philosophy that any musical limitations should be compensated for through wacky antics that will gain attention. My experience was no exception. Sometimes you need to do things a little outside the box to gain an initial following, and then use that following to help grow your ensemble. And I empathize with every new group that sprouts up in this ever more competitive a cappella landscape.

But in spite of my strong inclination to support Choral Pleasure for these reasons, I still cannot bring myself to recommend No Punnilinigus Intended. This album, unfortunately, is ridden with problems. Before we even get into the music itself, I want to say something about the CD's presentation. I understand that not every group has the budget to go through Discmakers to replicate their records, but that's no reason to offer a product with shoddily cut out printer paper that gives virtually no information about the group or the tracks. I would have thought that a group looking to gain recognition would put some thought into their CD insert, rather than resorting to a piece of stock clipart and a bare-bones track list. Not one piece of information is offered about the group itself, the soloists, the original artists ... nothing. I had to find their Facebook profile just to find out they're from SUNY Purchase.

Unfortunately, the tracks themselves are no better. Some of the soloists are decent (I wish I could name names), but the ensemble sound is often severely out of tune. The production values are similarly low — it seems that some tracks were recorded in a studio and some were taken from live performances — though it's not always clear which is the case. The tracks that were recorded in a studio offer some strange production choices, such as panning the entire bass section hard left, or leaving the block incredibly loud in the mix.

Speaking of the block being too loud, the syllables used in the arrangements are often incredibly jarring or kitschy (example: "Secret, secret, I'm Ryan Seacrest" in Mr. Roboto). This gets old quickly and lowers the value of the performance. It might be cute one time, but half of the arrangements are littered with this kind of nonsense, and it ends up detracting from the experience. After discussing this album with a close friend in the a cappella community, he asked me if I thought the album was a joke. I told him I wasn't sure.

Let me direct this final portion of the review directly to the group. I'd recommend spending some more time on musicality to fine-tune the aspects of your performance that will keep people coming back. If you want this group to be humor-driven, that's great! But try to explore ways to bring something else to the table as well. It's never good to take a cappella too seriously, but it's also not good to not take it seriously enough. Judging by the tracks on this album, I suspect you might be suffering from the latter. If your next album shows that you care a bit more, I trust it will be better received.