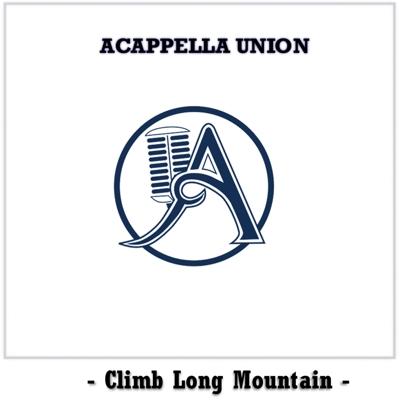 By willfully ignoring all intonation elements — sort of squinting with your ears — you can imagine that the soloists on Climb Long Mountain might have sounded really excellent had they been in tune. You may admire the raspy, African tone color that the entire group brings to their contemporary gospel material. You may enjoy the heartfelt deliveries. You may appreciate the emotional riffing and high tenor work. Even their accents are very pleasant.

But in the end, Acappella Union's Climb Long Mountain is so terribly, horribly, hurtfully out of tune that it is nearly impossible to appreciate any other elements of their sound.

To be fair, many groups rely on autotune and melodyne to achieve their pitch perfection, and seeing these same groups live can feel like revealing fraud. By contrast, Acappella Union delivers an honest sound with a great tone color. But this is one album where better tuning by any means necessary would have been the right call.

As it stands, Climb Long Mountain is best used as a learning device by the group. If their next release uses all the tools of the trade, the studio wizardry that practically every professional and collegiate group considers par for the course, it could easily rate 5s across the board.

This one's a bit of a puzzler. All the way from the island nation of Vanuatu, Acappella Union is a spiritual group, more or less singing spirituals. I suppose you could label some of their songs chants or hymns or anthems, depending on how you see things, but the basic gist is that these are faith-centered inspiration pieces. But these aren't hand-clapping, foot-stomping, feel-good numbers praising the Lord in a manner everyone can appreciate, believers or not. Nor are they intensely quiet, reverent works that create a worship-like atmosphere. Rather, most are slow, with low very energy, sloppy diction, minimal dynamics, and an almost dirge-like quality. Add in bad pitch, and even the group's very good intentions can't overcome a weak offering.

There is something extraordinarily bizarre about the tuning on this album. I think both the original singing and the (quite gentle) engineering went awry. In other words, any post-production work isn't helping the final product. There's more than a few moments where a soloist wails on a long note that slips ever lower, lower, lower. The group is usually singing in a straightforward choral style, with everyone on the same syllable and no vp. It's very unusual to hear them lock in on a nice, rock solid, ringing chord, however. The group sounds particularly unstable on Ten Thousand Angels and Thy Word. First working on pitch, and then working on vowel unity blend and diction should be a top priority for this group, who by default of singing in the spiritual genre, should have razor sharp precision to convey razor sharp passion. I don't think you can over-enunciate when singing about redemption. Being able to sing in contrasting volumes seems pretty important, too, when delivering messages as heavy as these.

Climb Long Mountain is a debut album. It seems Acappella Union has their niche down, but not the basics yet. When thinking about the next album, the group should consider its product as well. Liner notes that include song information (such as each soloist) is always nice to have. Based on the album's materials alone, one can't gauge how many singers are in this group, either.

Hopefully Acappella Union can produce a more pitch accurate, professional work the next go-around, as their heart certainly seems to be in the right place.

The men of Acappella Union (hailing from the Pacific island of Vanuatu) almost completely won me over with this album. Almost. For better or worse, Climb Long Mountain struggles in a constant balance between energy and tuning. The two are more mutually exclusive than one might expect or desire. On the one hand, this is an album that exudes heart and the joy of singing. On the other hand, I can't help but feel that the whole experience would be exponentially more enjoyable if there was just a touch more technical precision.

There is a lesson most groups could learn from this album, and that is the value of singing with confidence and spirit. Despite the semi-regular tuning slips and blips, Acappella Union sings with a conviction that immediately makes you want to like them. For a listener, this kind of energy encourages forgiveness of technical error, and lays the groundwork for a real listening experience — not just the audio snapshot that is typical of amateur recordings.

The problem comes when the balance tips and the technical errors distract from that experience. The album starts strong with three tunes that make good use of big block, chant-style arranging. These play well to the strengths of these men who all have big voices. There are sour notes here and there, but the spacing of the arrangements allows more room for error. Things begin getting a little hairy around Ten Thousand Angels, which gets off to a muddy start, due in part to tricky textures in the arrangement and perhaps just a weaker take from the group. Climb Long Mountain continues the trend, and suffers as well from tuning that doesn't quite lock the way it should.

In a way, I can't really fault Acappella Union for the elements of their album that make it a tricky listen for me. This is probably exactly what they sound like live, and I have no doubt that were I to see them in concert I would be totally charmed by their music and the passion with which they deliver it. Unfortunately, my ears are so used to the technical precision of the digital age that I have a great deal of trouble getting past some of the more obvious trouble spots.

Still, I have to admit that I would much rather hear this album, true as it is to the sound of this group, than a mechanized approximation of their live aesthetic. If you're curious, take a listen to what real passion can sound like recorded. Tuning aside, I have to offer my respect to these men for imbuing their record with real soul.