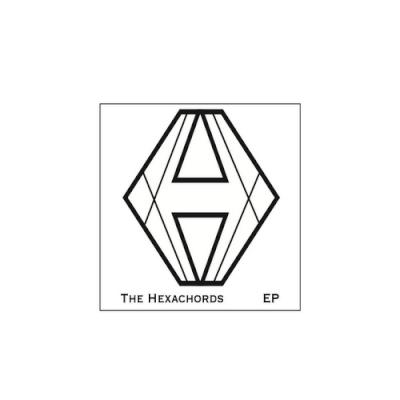 Here's to The Hexachords for a bouncy set of songs to brighten your day. This University of Massachusetts sextet has announced itself with four crowd-pleasers: two dance tunes, a power ballad, and a remixed oldie. The set is winning and winsome, showing a group that has put in the work and is eager to please.

Katy Geraghty is the group's most signature soloist, fronting Listen with a sky-high belt that sounds like a cross between Kristin Chenoweth and pre-teen Michael Jackson. Her voice anchors some of the other songs as well with its skilled intonaton and distintinctive tone, suggesting a promising and lengthy career overdubbing the voices of animated characters or child actors.

The group shows a wider range of vocal colors on Neon, where the whole group comes together for a very groovable track. Matt Chastain's laid-back solo and Chris Godden's vocal percussion anchor the track, but it's really an ensemble performance that would not have worked without strong performances from each and every singer. The other dance number, Party Song Mash-up, is an unabashed string of top 40 hooks. Short, perky, fun, and musically solid.

Stand By Me is the track that grabs me the least — but I suspect it's a huge hit live. People love this song. They love hearing newish takes on familiar melodies and they won't mind a few imperfections here and there. The reggae chords aren't in tune, the swing is technically better yet stylistically less appealing, the percussion gratuitously complex — but screw what I think, I bet the crowd eats it up.

Overall nice work, a package to be proud of and — if momentum allows — to build into something more.

The Hexachords from University of Massachusetts at Amherst offer a pleasant sampling of their musicianship and creativity on their self-titled EP. This quaint little group of talented singers have won over a new fan — not for the perfection of their jazzysinging, but really, the quirkiness of the group evident through each song.

I mean what group would release a recording of tracks as diverse as: a party mashup of "current" hip-hop and dance hits; my favorite song by a guy I currently hate; that unfortunate song added to the Dreamgirls soundtrack for Beyoncé to butcher (and not get an Oscar nomination, Halleloo!); and an a cappella classic that they turn on its head completely. That is both ballsy and beautiful. And normally, we reviewers would say that such a eclectic mix results in a disjointed and non-cohesive recording, but that is not the case with The Hexachords. Through each track shines the essence of what makes them so spectacular — campy, charismatic, and a bit cornball. I'm in a bit of jazzy heaven.

The two best tracks open up the disc: Party Song Mash-up and Neon. I'm a sucker for well-executed medleys. This one is pretty fun. And Neon is smooth and effective. Matt Chastain wins. This whole review could be about how great I think he is, and it still wouldn't say enough. The jazz flourishes in the background with his stellar emotive tenor makes this near perfect. On repeat forever.

The issues that I have with the recording are minute. Soprano Katy Geraghty has a very young-sounding voice, and not the warmth in quality that I want from someone singing Listen. But her intonation and ability to float along at the top is nigh impeccable.

Craig Simonetti's arrangements are pretty tasty except in a few places where rookie mistakes or overindulgence grab hold of them. The choices in the second verse of Neon are disappointing. Having the background switch to squarely-performed lyrics after establishing a NICE jazzy groove breaks my heart every time I hear it. "She's up to lose herself". Indeed. Stay gone. And the transitions from reggae, swing, funk to big band for Stand By Me are jarring and unnecessary. Simonetti had already created a brilliant interpretation of the song and apparently fell into that "HEY LOOK I CAN DO THIS ALSO!" trap. Maybe if it had been a mash up of Stand By Me/Beautiful Girls with alternating reggae/funk and swing/big band, I could have dug it.

If you like listening to your a cappella with some jazz stylings and a lot of quirky pizzazz, I suggest you check out The Hexachords.

With four wildly different songs and approaches in arranging and delivery, this is more of a "The Hexachords Sampler" than a super cohesive mini-album, but that's not a bad thing. Because here's a clear look at what this mixed group of six is capable of in one four-track release for your evaluation and enjoyment.

At the start of their colorful rainbow, we hear the Hexachords employing creative construction on both the arranging and production ends to smoothly weave together countless high-energy jamz into one track. Mission accomplished for the uptempo dance number. Then we're treated to the gorgeous Neon, with laid-back jazzy vocals dripping with depth and mood and a mix sensitive to the push and pull of the groove. The background is smoky and the lead is raw and unrestrained, and it all sounds like the latest track from any number of Euro pro groups. More like this, please! Listen may be a little plain and thin compared to the other numbers, but it's certainly pleasant enough and takes care of the ballad slot. Lastly, the rainbow brightens for Stand By Me which is delivered in several unexpected styles, including reggae and swing. (Hey, there's a first for everything.) It's chill and memorable and wraps up our short musical tour with us wanting more, which is the exact outcome you want for an EP.

This was a successful project from a group with clear creativity and playfulness. All four of these songs are credited to arranger Craig Simonetti, who seems like a real ace for these six, and The Vocal Company (Ted Trembinski) keeps things sonically pleasing. So what's next, Hexachords?

This EP is available for download on Loudr and iTunes.