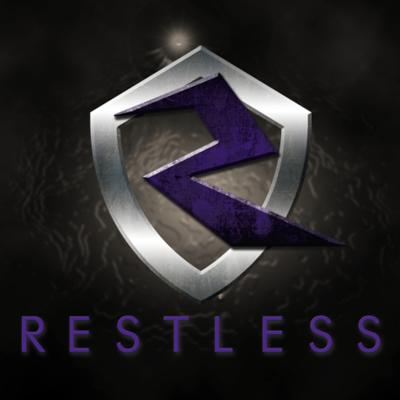 In the opening track from Restless, the debut EP from the newly rechristened Seattle vocal band of the same name, the guys offer a clean, solid, and occasionally surprising cover of the popular Call Me Maybe. It's harmless fun, it doesn't overwhelm the listener, and it fits into a simple, classic vocal band structure with bass and drums gliding along under the verses and the other voices joining in occasionally and at the chorus.

Unfortunately, this is pretty much the best the group has to offer. Sure, the remaining songs are clean and easy on the ears. They're also pretty straightforward and predictable. In many ways, this feels like a throwback to the popular vocal band approach in the mid-late nineties, from the sparse production (a little reverb and compression replaces the bleeps, chirps, and buzz you hear on many modern a cappella recordings) to the generally simple arrangement structures. There is certainly a market out there for repertoire with throwback medleys like My Girl/Just My Imagination and mass consumption Bublé covers. It's just not particularly exciting.

Tenor Sean Braxton has a beautifully light and pure voice which is a delight on solos like the aforementioned medley, Call Me Maybe, and Careless Whisper. Angelo Allard is also worth a listen on Moves Like Jagger.

There's nothing wrong with simple, easy music. The guys of Restless take a few steps outside the a cappella easy listening box at times when arranger Braxton inserts a few substitutions or rhythmic changes in newish covers of Call Me Maybe and Moves Like Jagger, but the group spends the remainder of this EP in a very safe, comfortable place. There's not much to criticize with that approach, as it likely appeals to their typical audience, but there's also not a whole lot to remember on this debut EP. I love the sound of a six-man vocal band, and I enjoyed moments of this EP, but it left me a little restless (sorry) for more of those interesting moments from arranger Braxton.

Restless makes a good effort at combining a little bit of the old with the new. While the group captivates with individual moments on much of their EP, the entire project hardly convinces you enough to hit the replay button. Without a doubt, Restless succeeds in creating an R&B environment on most of the tracks. I'd almost go one step further and say the group has a strong doo-wop dynamic to its overall sound.

In Call Me Maybe, the listener is invited into the track with a stylish, laid-back rendition of Katy Perry's Teenage Dream. Restless actually sells the opening and closing of the song better than the track's primary song. The chorus sounds a bit disjointed and bare though, and I wish the vocal percussion had been processed more.

In Haven't Met You Yet, the group's sound is more cohesive than the preceding track and the percussion makes the entire song feel natural. I wish the bass was placed a bit higher in the mix to bring out its rhythmic line, but overall this track feels more solid than the first. My Girl/Just My Imagination stays true to the group's soulful strong point. While the latter song does not surface until the end, the group is able to capitalize on close harmonies, allowing a steady flow from beginning to end.

Careless Whisper is my favorite track on the album, as editing, groove, blend, and overall feel sounds the best here in relation to every other song. I actually appreciate the mixing-in of Ginuwine's Pony to help the vibe feel modern, although the harmonies in the chorus from Pony could be a bit tighter. This track is the group's moment to shine, and Restless should really invest more into similar arrangements.

Treasure needs more fine tuning, as the song sounds rushed in multiple places. It's hard for me to determine where the center of focus is for the song, which is a must-have for a Bruno Mars' track that normally tends to be harmonious, energetic, and upbeat. Similar to Treasure, Moves Like Jagger could also use a bit more polishing. The second verse does not gel well due to it being too busy with the inner parts. What the song actually does well is what the listener is treated to in the second chorus: the inner parts have a similar movement that is well-tuned, and it's an element not in the original song. I think Restless has the ability to capitalize on a unique sound with more of what was hinted at in this chorus.

Yes, Restless has more to offer than what was presented in its debut EP. I believe that more focus on the R&B and Soul aspects in each of the tracks could elevate the group's entire package.

The track list for the self-titled debut release for Restless appears to be an excellent mix of fun, soulful, and popular tunes spanning from a few decades ago to a few years ago. Unfortunately, because of the group's inefficient use of the six-man a cappella medium and abysmal studio production, Restless is an album to skip.

The first forty-five seconds or so of Call Me Maybe are exciting and intriguing, but also misleading. After an engaging and jazzy introduction followed by a simple verse with solid voicing, an awkwardly-reharmonized transition into the chorus is the point at which the album takes a turn for the worse. The chorus contains big rhythmic hits with massive silences between them, in which the gratuitous reverb has ample time to echo through. This equates to essentially hitting a brick wall from which the arrangement never recovers, becoming repetitive with the soloist's text delivery remaining metronomic and angular at best.

From a musical standpoint, Restless has produced a set of songs that is generally consistent, yet uninteresting. A couple of jazzy passages and cluster chords color an otherwise dull pattern of homophonic textures and copy-and-paste arrangements. The key change out of the bridge in Haven't Met You Yet is ineffective, as it does modulate between the same keys as the original, but lands on a dissonance that poorly sets the new tonal center. My Girl/Just My Imagination is not offensive, but also not particularly memorable. Bruno Mars is a difficult artist to cover, as evidenced in Treasure, in which the soloist could have attempted to play to his own strengths rather than to recreate the original. In general, the arrangements sound almost as though there aren't enough singers to fill-out a texture. I would agree, if not for the successes of other small groups like Take 6, Pentatonix with just 5 members, and barbershop quartets everywhere. Simply put, Restless does not utilize its musical resources properly.

From a production standpoint, there is much to be desired. Having heard a few of the group's Living Room Sessions on SoundCloud, I believe that Restless may have been better suited by releasing live, mostly unproduced tracks with some autotune rather than this product. The live tracks contain more musicality and energy than this album and there is little difference in terms of balance and overall sound quality. There are also numerous imperfections in nearly every track that even the untrained ear would deem unpleasant. Perhaps the most notable of these maladies is the major intonation problem in Careless Whisper, especially in its mash-up sections. In Haven't Met You Yet, the quarter-note "jaht" lines in the transitions and bridge are the most present, completely overshadowing the choruses preceding them. And while some passages should be less metronomic for the sake of being musical, this is not the case in a song like Moves Like Jagger, in which this rendition's whistle motive simply does not line up with the beats, a problem that needs to be fixed either in the studio or during the editing process. There are moments in which the decision to remain light from a sound production standpoint serves this group well, but in general, it hinders them.

The potential for excellent music-making is certainly present in Restless. As they move forward, I hope the singers are able to infuse more of themselves into their work to create something truly unique and memorable.

Physical CDs available at shows only.