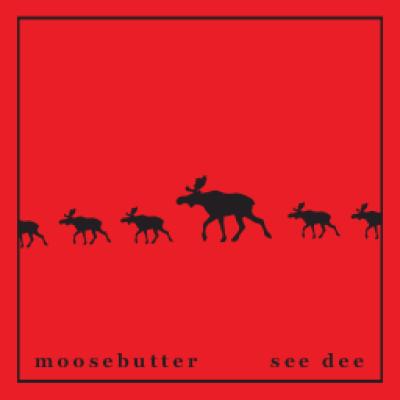 What a great effort. The writing just isn't there yet. The songs were the cause of the low score, not the execution. The singing was good, a few arrangements were great (Star Wars; He Met Her On the Stairs), and the energy was top-notch. You can hear how much these guys believe in themselves and what they are doing.

The problem is that comedy a cappella is tough. If you want to release an album that everyone enjoys, you need to capture that elusive middle ground in humor that everyone will find funny. Comedians struggle with this constantly, and this young group, just getting its feet wet, is no exception.

Some songs came close to finding the magical recipe for success. Star Wars is a very creative arrangement of John Williams movie theme songs with Star Wars related lyrics.Turkey Dance was only average as a whole, but how can you not laugh when someone sings:

"I found a turkey in my shoe. Doing a turkey kind of exotic dance, that some other turkey might find attractive, but I don't really find it attractive. Actually, it makes me feel strange. Hey, don't do that in my shoe."

It's a shame that such a valiant effort resulted in such a sub-par project. This album has its moments, but as a whole, it's just too far off-center to hold its own with other comedy a cappella albums that are available. I'll be curious to follow this group in the coming months and years to see what they can come up with. These guys have all the tools to be the next big comedy group on the a cappella scene. Don't say I didn't warn you.

I seem to remember a time in my life when Moosebutter would have been side-splittingly funny to me. Growing up, most of my favorite tapes and records were by musical comedians like "Weird Al" Yankovic and Barry Louis Polisar. I used to sing their songs around the house to the point that my parents and everybody who visited wanted to suffocate me. With its mixed bag of clever parody, mild bathroom humor and bizarre silliness, Moosebutter's see dee takes me back to a part of my musical past I'd forgotten about — a point in my musical childhood somewhere after "Sesame Street" songs and before Bon Jovi.

As I sit here, I'm surprised to be giving this disc a favorable review. You see, most of see dee made me wince with annoyance the first time I gave it a spin. Amazingly, after a few listens I came to really enjoy some of the tracks. As dorky as they may be, Spew, Star Wars, Cell Phone, and Turkey Dance are all clever, amusing tunes. The rest of the tracks would delight any six-to-twelve year old (and probably more than a few parents), but the humor was lost on me.

Moosebutter are accurate in describing themselves as family-friendly on their website. It's clear that the group prides itself on avoiding dirty language and sexual references. The baseness of their humor never gets any worse than talking about vomit and a couple of harmless Mama jokes. That said, rebellious teenagers, college students or anyone who's a "South Park" fan will most likely hate this disc. But that's OK, because it's not meant for us — I mean, umm ... those types.

Most adult listeners looking for a comedic a cappella album would probably find a Da Vinci's Notebook or Bobs disc money better spent. But if inoffensive silliness is your bag, then this is the disc for you. I can safely say that see dee would make a great gift for both the younger set and the easily-amused (though I'm no longer a member of either category).

Regardless of one's taste in humor, all listeners will be impressed by Moosebutter's creativity. Most of the tracks were written or arranged by member Tim Jones. The group has a terrific ensemble sound and energy to spare. The soloists are solid, though not superlative. The production is fairly simple, but well-suited to Moosebutter's barbershop sound.

Ultimately, I'm glad that a group like Moosebutter exists on the a cappella scene. I suspect they'll turn more than a few kids on to singing and/or comedy.

From the CD liner notes: "Add one moose. Blend well, bake at 450 degrees for 25 minutes. Serve with toast."

Moosebutter blends reasonably well. Mr. Tim Jones just may have been baked when he wrote some of his original tunes. The CD comes in at 35 minutes, an acceptable length of time for so many songs. And I have to toast the group and Mr. Jones for sharing their humor with us. But I don't think I get it.

The best Moosebutter got out of me was a small smile. It's not that the humor relied on inside jokes like some groups. I find that highly irritating. But I wouldn't say the group is especially clever or outrageous. Those are the qualities I look for in an album of amusing a cappella. They guys aren't especially insightful in an intelligent, politically witty way like The Bobs. But they're also not obnoxious or irreverent (in an intelligent witty way) like Da Vinci's Notebook.

It's hard for me to pinpoint, really. I don't feel as though Moosebutter is being particularly careful about offending. For me, that spells doom when it comes to laughs. They don't seem to be "trying too hard" in order to shock me. The humor doesn't seem to be so absurdly intelligent that it passed right over my head when I heard it. (At least I don't think so.) The best I can come up with is that my sense of humor doesn't match up well with what's happening on see dee.

These guys sound fine. The singing is acceptably in tune. The lyrics are all understandable. The production is basic and appropriate. But at the risk of giving a non-review review, I'll offer this advice. Go visit Moosebutter on the web. Check out the site. If you think it's funny stuff, then buy the album. If you shrug, like I did, then don't buy the album.