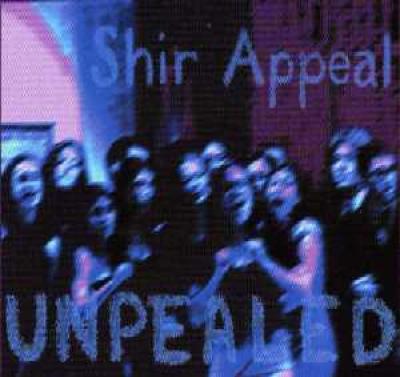 There are many lessons in this album that other co-ed groups can learn from. The most groundbreaking achievement of the album is that the songs are perpetually interesting. Often a cappella music, even covers of tunes you know well and can sing along to, gets boring halfway through the song or after several listenings. I had no idea what these songs were about or what the soloist was singing, and yet I found all the tracks moving. This is equally astounding because their arrangements are extremely simple. I spent a lot of time agonizing over what factors led to this winning combination. I have addressed some below.

The dynamic contrasts are both tasteful and evident; every note is sung as part of a phrase, and the group clearly has an understanding of the arch of their songs. Most of the songs have duets or trios on the lead vocals, either throughout or added on a reprise. This adds a richness to the sound non-harmonized vocals do not have. Percussion is excellent. Throughout it drives the pieces, but is mixed so as to take a background role to the melodic parts; it subtly propels the songs forward. The parts are tightly linked. Throughout the majority of the CD I was able to comfortably sing all parts, from bass to soprano. Sopranos were rarely at the tops of their range, and the bass was never very low, allowing for a richness of tone and a unity of timbre. Many of the tracks are written in a minor key, which most collegiate a cappella groups avoid, mostly because of lack of material. Modal variation keeps the album interesting. Most importantly, I think everyone in the group cared deeply about the emotional/spiritual meaning of what they are singing. The meanings of the songs comes out in each part. You can feel the spiritual unity of the group, which creates an unparalleled experience for the listener.

Of course, this would not be possible without appropriate soloists, great blend, and truly fantastic mixing, which the group has. Particularly moving is Samin on Ahuv Yakar. The album sounds crisp, professional, and is a pleasure to listen to. Obviously the formula followed above is not applicable for all groups, especially groups who have less discretion in their writing and arranging.

The album is not flawless, however. Tuning is perpetually excellent, but it does slip occasionally, particularly with sequentially entering parts (halfway through Shalom Medley), or with sustained higher notes in the soprano line (Opening of M'nagev Lach Et Ha'Dma'ot). The arrangements are also extremely simple, and while effective, they certainly leave something to be desired technically. Their blend is great for the most part. However, the tenor and bari lines often get lost in the mix, as though Shir Appeal were a women's group with a bass added. It will be Shir Appeal's challenge to recruit stronger guys who can bring out the middle parts more.

Overall a great album, and a pleasure to listen to.

Shir Appeal's new release Unpealed starts with a mellow, almost lounge or '80s synth ballad sound, but the songs branch out to embrace elements of traditional Israeli folk music, Klezmer, American pop, reggae, and African music. Most songs are in Hebrew, though only about a third are overtly religious. The remainder are about love, lost, found, and in-between.

Most tracks on Unpealed are sung impeccably (though artificially) in tune. The blend is usually quite good. Leads are good as well. In many ways, Shir Appeal sounds like a typical solid contemporary collegiate mixed a cappella group. It is their interesting selection of music which separates them from their peers.

The songs are varied, well-arranged and lyrically interesting. One amusing irony is that, though the lyrics on this album are excellent, the majority are in languages that most of us don't speak. So don't skip the liner notes; these translations can be quite moving. This line from Yerushalayim Shel Zahav ("Jerusalem of Gold") stands out as stunningly beautiful: Jerusalem of gold, and of bronze, and of light/Behold, I am a violin for all your songs.

As for specific criticisms, I have to deliver a production warning which has become my tired refrain: Auto-tune can create some very artificial sonic artifacts. Be sure the benefits of perfect intonation are worth the price exacted from naturalism. As an example, the effects in question are excellent on Ani Ohev Otach ("I Love You"), yet terribly distracting on Rivers of Babylon. The song and arranging dictate a track's tolerance for artificiality. Ignore this, and you run the risk of undermining the very musical goals you strive to achieve.

All in all, Unpealed is a very enjoyable release from a promising group with broadly varied yet refined taste. Further, in the sub-genre of collegiate Hebrew-influenced a cappella groups, Shir Appeal stands out as one of the best.

Well. This album is not what I expected. And I mean that in a very good way. Shir Appeal's Unpealed is a solid album on most fronts, and brilliant on some. This is not just a good niche album; this is a worthy mixed collegiate album.

One caveat: this album is primarily in Hebrew, so I cannot recommend it as a definite addition to everyone's a cappella collection. While it is good, it will not become a repeat player in my CD player.

This production on this album is excellent. It is never overpowering, and thoroughly enhances Shir Appeal's musical skills. The vocal percussion is also solid.

The arrangements are the best thing about this album. They are amazingly lush and interesting, with a lot of polyphonic texturing and beautiful harmonies. What is amazing is that these great arrangements are spread out among multiple arrangers (Jonathan, Chris Johns Inbal, and Jon T.). All the songs that got a score of five from me received one because the arrangement was just so great. The arrangements are also well executed, with nary a sour note.

Sadly, the weakest part of the album is the soloists. They were all decent, but none stood out as particularly great. They are all capable singers, as evidenced by the superb backgrounds, but none are great soloists. Just as some weakly arranged and sung songs can be carried by a mind-blowing soloists, the mind-blowing arrangements and backgrounds of Shir Appeal carry their weak soloists.

As I have not heard the full range of what is out there this year, I cannot comment on Shir Appeal's CARA nominations. They are not in the arranging category, which is where I think they are most deserving of a nod. Ah well.