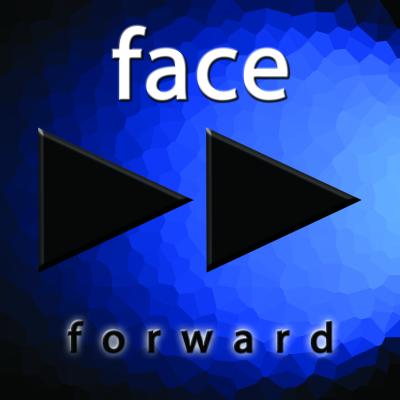 Face swept the Harmony Sweepstakes awards in Colorado, but will Face's Forward sweep you? The answer is a resounding yes. Rockin' leads, boundless energy, effective arranging and great song choices make Forward a must own.

Face dishes out incredible energy on its rockers like Home, If You Could Only See Calling All Angels and Sugar, We're Goin' Down. They give then most enjoyable performance of the insanely over-covered Accidentally In Love I've heard all year. They swing in jive jump fashion on You and Me and the Bottle Makes Three Tonight. They deliver the best vocal sax sound I've ever heard on Pink Panther and they do a fine job extolling the virtues of drugs and underage sex on It's Not the Crime.

I didn't dig Dig It Up but I think that may have more to do with the songwriting than delivery and American Passion's quasi-classical delivery though well sung seems out of place rather than simply a different facet of the same group.

I had a few production and mixing complaints but none were significant enough to stop me from enjoying the rich and soaring voices of Face.

Face has proven themselves as live crowd-pleasers. Against all odds, Forward somehow bottles that up. I highly recommend this one.

Face's Forward is a step back for recorded semi pro a cappella. With the feel of a ‘90s a cappella album, dated material, and no original songs, Forward falls below today's vocal band standard.

Face chooses an arranging and percussion style that prefers the voice as an approximation of an instrument. There's nothing wrong with this style, it just sounds like what most groups were doing 10 years ago. So Forward feels like a throwback to the late ‘90s, with a beat boxy vocal percussion and old school syllables. The group's vp has a mouthy, toothy sound that's out of step with the modern aesthetic of drum mimicry and precision. Home features a "tit" and a pitch bending "tiss" un-cymbal. The bridge, introduced with stomping and clapping, is backed up with the most purely "beat box" vp of the album, complete with inhalation and exhalation beats. The vp is cheeky and restrained on Sugar, We're Goin' Down. The mouthiness of the big band vp of You and Me and the Bottle Makes Three Tonight is distracting, especially splashy "PISHHH!" style crash cymbals and unconvincing tom rolls. With this more authentic mouth style, the perc in these and other songs pokes around the beats, occasionally falling late, something unheard in today's computer synced vp recording.

Face sings much of Forward using the steadfast syllables that popularized live a cappella performance throughout the 20th century. Accidentally In Love is a classic example of canned a cappella; the song is rife with "bah nah"s and the verses and bridge are backed by "doo"s, "doh"s, and "ah"s. It's Not the Crime is almost entirely "bop"s, "dih"s, and the occasional "bang" and "doo".

Forward has the hallmarks of a group dedicated to live performance, where the precision of tone and timing are less important than stage presence. Face does not sing as a group, rather each song feels like a mixture of many voices. The group features a wide variety of soloist voices, ranging from choir soloist to country baritone to smokey blues lounge to nasal rock/pop front man, and the group can't seem to muster a common tone. The timing of attacks and cutoffs is shaky throughout the album. You and Me and the Bottle Makes Three Tonight, in its hyperactive attempt at swing band, has voices poking holes everywhere — not counting all the instrument stings. Individual voices are easy to pick out. Stings are together, but many moving chords don't move together and then cut off sloppily. The "jim now" bridge of If You Could Only See is heavily layered and verbed out but sounds shouty and sloppy. Calling All Angels is creamy smooth except for the top and bottom voices. The top voice sings an overly bright "doh dah" line in the choruses. The bass sound is awesome on the lowest notes, but all his higher "oh"s stick out of quieter moments. A wide vibrato and loud "lah" mars each chorus of Accidentally In Love. The quick "bop bop"s of It's Not the Crime are never in sync. American Passion is a choral ensemble song, yet Face cannot agree on a tone for the first full minute. The group refuses to sing together, with solo harmonists near the end of the song making no attempt to match the soloist tone.

Forward's track list is more office contemporary than vocal band. The album's most recent cover is Sugar, We're Goin' Down, a post-punk emo song making the rounds of the college circuit, but the group has covered otherwise stale material. If You Could Only See is very much ‘90s collegiate a cappella. Calling All Angels and Accidentally In Love are radio killed, family friendly pop. The Pink Panther Theme has the usual vocal gimmicks while the Bee Gees's How Deep Is Your Love is sure to please the Baby Boomer set. Sadly, this semi pro vocal band does not offer original music on Forward.

Face is a regional, live show group with a rabid following in its hometown of Boulder, Colorado. The group has won the Denver Harmony Sweepstakes twice (2007 and 2005), took second at nationals this year, and boasts a nearly unbroken streak of Audience Favorite wins. A promo video on the Forward CD shows testimonials from fans and a stage rushed with women. Obviously, Face has mastered live performance. Fans of the group will love Forward, but fans of a cappella may want to wait until Face has also mastered the studio.

Forward is my favorite kind of a cappella album: it's fresh, well-executed, and has a permanency that keeps you singing Face tunes long after they've ended.

Face, a seven member male group from Colorado, wastes no time bringing in the goods and bringing down the house. Home gives continuous goose bumps and is so darn good you'll grab the jewel case to see what could possibly be next. When the hand clapping and foot stomping arrives, it's just surreal. In fact, if you bought Forward just for Home, this would be completely acceptable. But don't worry, because Forward has a lot more to offer. Greatness abounds in the vowel choices of If You Could Only See and Sugar, We're Goin' Down, where classic (nearly retro now) "jn"s and "joh"s add a hard spunkiness to the rock and the heavily worded background vocals of If You Could Only See adds great texture. Calling All Angels and How Deep Is Your Love are just beautiful, solid tracks that somehow sound even better with each new listen.

The guys of Face push the creativity and difficulty envelope with the moody The Pink Panther Theme and wildly zippy You and Me and the Bottle Makes Three Tonight. Both of these songs are so much fun that you'll probably find it necessary to listen to them each twice in a row. Dig It Up is highly entertaining, and haunting American Passion, which combines music from Bach and Paul Simon, is a moving closer. The lump in my throat just won't go away when I hear Face deliver Simon's lyrics.

Individually and as an ensemble, these seven sound great. I'm a proud owner of Forward and can't wait to hear these guys live.