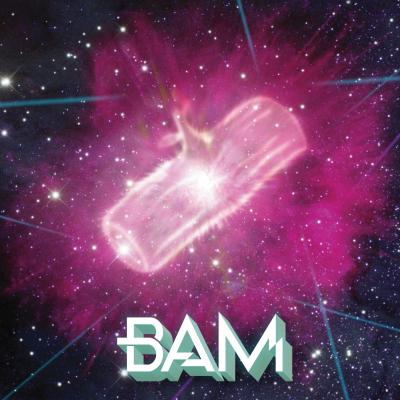 For at least a decade now, the Logarhythms from MIT have been an all-male collegiate a cappella group caught between two mistresses.

On the one side, we have the sexy, sultry stylings of the studio. She's dressed to the nines and looks fantastic, with nary a lock of hair out of place or a fingernail unpolished and replete with all of the perfectly matched accessories. She looks great on your arm and makes you feel like a million bucks, even if at the end of the night, the whole experience might feel a little empty.

On the other side, we have the genuine honesty and natural energy of the human voice. Her imperfections are more evident to the naked ear and while she knows how to put herelf together, it's simple and elegant, with minimal flash and an emphasis on substance over style. You may not turn heads as often when you're out together, but you'll forget where the hours went and find you had an amazing time.

Going back to Superlogs ten years ago, every release from the Logarhythms has tried to strike a delicate — dare I say "polyamorous" — balance between these two very different styles; BAM is perhaps a return to the success the Logs found on Natural, and perhaps lost a bit on the follow-up Give Us Back Our Spyplane!

To be fair, there are quite a few sampling and synthesizing choices here that rival the mechanized sound that was the hallmark of Soundproof back in 2004. As an opener, Down does the group no favors as the original itself is almost robotic in feel. So while the abundant gifts of producer Ed Boyer can help the group sound slavishly like the source material, and make the track overall sound unquestionably fantastic, he can't make it inspiring or terribly interesting a cappella. And there are a few arrangements that either can survive only because the technology — in the form of inhuman vp and/or effects — is there to back them up (There Goes My Baby, 1901), or are just a bit too simple in the first place (Jet Airliner, Just the Way You Are).

Thankfully though, most of the rest is not overwhelmingly machine and minimally man. Rather, we get songs like Bigger Than My Body where the sound is clearly human, the arrangement grows and develops as the song progresses, and the post-production augments the listening aural experience without distracting or detracting from it. The opening of Fireflies with its layered textures of rhythm is especially attractive as well for the same reason. Love is actually a more interesting track than the stylistically similar and CARA-nominated There Goes My Baby, precisely because the energy of the solo and the inventiveness of the crunchy jazz chords let you know that this is a human creation and not merely a reproduction. Knock On Wood is almot "old school" in its lack of ever-present production and as such, it becomes the exception that proves the rule: above all else, sing and arrange well. The rest, if needed, will always be there later.

I'd be remiss if I ended without mentioning the final track — the CARA-winning scholastic original Dreamers by (and featuring) Michael Miller. In light of everything mentioned above, it's actually quite the perfect ending for BAM as it makes a perfect marriage between the aforementioned mistresses. It's very much a hyper-produced track to be sure. But firstly, it's an original song so the choices made are (at least in theory) organic to the realization of this piece of music. It's not an attempt to copy; it's a creative choice. Secondly, it's a damn good song — to my ear showing a Coldplay-with-maybe-a-smidge-of-Green-Day influence. And lastly, it's a decidedly human effort — in its lyrics, in its arrangement, in its performance, in its impact — even through all the bells and whistles that were at Miller's disposal.

It's to the Logs' credit that this push/pull between two different styles has continued this long and with results that continue to be so consistently good. I'd mark BAM in the "win" column and keep fingers crossed that the group's search for just the right balance gives us something new to listen to real soon.

BAM! What more can you say than that really? The MIT Logarhythms latest release, BAM, is a truly energetic and musically appealing album, a recording that further supports the idea that these are techies with talent.

The song selection is just varied enough, with some current a cappella male standards, some very surprising "oldies" and a sublime original that makes the whole package all the more worthwhile. The fellows sing from their hearts, suffusing every track with either a lot of laid back swagger or goofy collegiateness. The standouts are Once in a Lifetime, There Goes My Baby, and 1901. Who does Once in a Lifetime? Apparently, the Logs do and they do it well.

The production is crisp with a fresh sound that makes each of the tracks seem both effortless and full-bodied. BAM has all of the trappings of the perfect pop confection, with abundant exuberance and a palpable joy infused into the singing. Nothing seems overly taxing to the performer or to the listener. You can sit back, relax, and enjoy the music as it washes over you. I wouldn't normally describe a reviewing experience as feeling refreshing, but that's exactly how I felt the first time that I listened to the album, and it's still occurring some twenty+ listenings later.

There are two extremely creative moments on the recording — the opener and closer of the disc. I really love the slowed down revisioning of the dance track Down. Arranger Tommy Gerrity has attempted a trance atmospheric take on a well-known dance tune to great success. I really wish they would have set the entire track in that vein, because when the familiar and expected tempo comes into the play, the track loses a bit of that sparkle magic. I felt let down that the courageous creativity wasn't going to be carried through for the rest of the disc. And while the rest of the daring arrangements don't live up to those opening seconds, the closing original song Dreamers more than makes up for the simplicity that happens in the middle.

Oh man, Dreamers. 2011 was just an amazing year for collegiate a cappella's foray into original music. * * * by Duke's Out of the Blue, Sharp by Voices in Your Head, and the masterwork Phoenix by those guys from VoiceMale represent just a small sampling of the nearly dozen songs penned by our folks on campus grounds. Yes! Words can't express how happy that makes me. Michael Miller dips his toe into some grand shoegazing territory with a commanding ode to orbital joy. Dreamers is a welcome and needed addition to the originals club. And even though it doesn't pack enough of a solid punch to end a disc called BAM — but what shoegazing song does — there is still an present effervescence that knocks the overall listening experience out of the park.

The liner notes suck, but that's all I'm going to say about that.

So for the guys whose last recording featured The Blower's Daughter, which still blows me away to this day ... keep putting out music like this recording and you'll have a fan for a long time coming. Fans from around the world should find something to like on BAM.

Well, here's this: BAM is probably the best collegiate album to cross my desk in a long time — male, female, or mixed, of any genre or specialty. There are a myriad of reasons, but let's start with the most important: the Logs mean what they're singing on every track on this album. Even on the most vapid of material like Just the Way You Are, the Logs manage to make the song not only listenable, but actually engaging. I can't stand the original, and yet the Logs version actually makes me want to listen again.

There are a ton of shining stars on this album, made only brighter by the production applied by names well known in the a cappella community like Ed Boyer, Danny Ozment, and probably most importantly James Gammon, responsible for mixing the entire album. With few exceptions, every song on BAM is polished with a fine level of attention to technical detail while still sounding natural, fluid, and most importantly, musical. This wouldn't have been possible without the group singing every song with appropriate attitude and commitment. Jet Airliner, a fun and not particularly complex song, sounds like an entire party and a jam session all packed into about four minutes of music. Likewise, 1901 is a synth-fest that still manages to sound human, even as voices are stacked atop voices in one of the most consistently exciting choruses I've heard.

Other songs follow along the same lines of "wait, they made this song good?" Even Fireflies, a song I have heard about three hundred too many times, is made listenable. Even better, I hear Once in a Lifetime and actually remember the performance of the song — ridiculous running-man choreography and all — as I saw it live back in 2009.

I could laud other tracks similarly. There Goes My Baby, while offering a few less-than-swaggering moments, is for the most part great. Bigger Than My Body grooves, and has one of the cooler bass sounds I've heard on an a cappella album. But here's the deal. Michael Miller's Dreamers is epic. Imagine if Ben Gibbard was making a cappella records inspired by Tom Delonge's few genius moments from his days in Angels & Airwaves, and then added a healthy helping of bass worthy of the Duke Pitchforks' envy. You'd then have this song. Add an appropriately matter-of-fact, earnest lead by Miller on top, and you have what was nominated for Best Scholastic Original Song and won Best Male Collegiate Arrangement in the 2012 CARAs.

Bottom line, pick this up. You'll be happy you did, but only when the Logs want you to be happy, because the group is singing that way. If these guys want you to be sad, or wistful, you will — and you'll enjoy it.