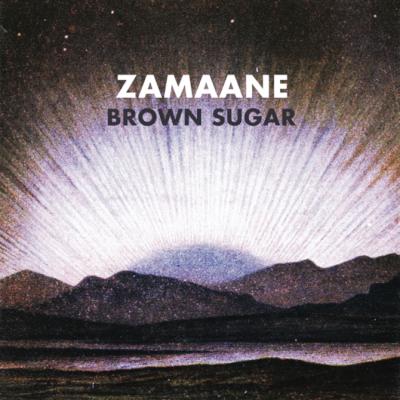 Zamaane, the fourth release from South Asian fusion a cappella group Brown Sugar, is pleasant and innocuous. The general idea behind Brown Sugar is the fusion of Hindi music (Shukran Allah, Jaane Kyun, and Chand Sifarish) with contemporary English pop music (Halo, Taking Chances, and Set Fire to the Rain). While it's inspiring that Brown Sugar has created an identity for itself, so many other groups are doing the same and are doing it better. Following in the footsteps of groups like Penn Masala, Raagapella, and Dhamakapella, Brown Sugar struggles to set itself apart.

Zamaane generates listener interest through a fusion of Eastern and Western music. While this approach is clever, it is not necessarily impressive — especially when songs are thoughtlessly fused together. Nothing besides your own intuition will lead your ears forward on most of these tracks; you can almost guess what is going to happen next. Verse and chorus in English — check, second verse and chorus in Hindi — check, instrumental bridge — check, final chorus in English — check. A thoughtless fusion permeates nearly the entire album, like in Taking Chances / Jaane Kyun, a fusion of a Celine Dion favorite with a selection from romantic Hindi film Always Kabhi Kabhi.

There are some bright spots on Zamaane, however. The strongest tracks are void of any fusion. Paradise, Lagaan Medley, Minds Without Fear, Silsila Yeh Chaahat Ka, and Afterglow (arranged by Brown Sugar alumnus Dov Shalman) are filled with powerful moments and emotional soloists, showcased through creative arrangements. Zamaane would not be half the album that it is without the brilliant artistry of Northwestern University alumnus, Ben Lieberman. The production is crisp, forward (although some of the soloists tend to disappear in the mix), and generates an authentic Hindi atmosphere that lends itself perfectly to the soloists. That distinct "nasally" tone is perfected on Des Rangila / Saajan Ji Ghar Aaye and Silsila Yeh Chaahat Ka by Priya Suresh and Vinithra Rajagopalan, respectively.

To set itself apart, Brown Sugar will need to find something unique to say with its next release.

A cappella has a global reach, and that's not exactly a surprise. Almost every culture has some sort of a cappella musical tradition, because what comes more naturally than making music with your voice? The old cliché "Music is a universal language" isn't entirely true, but it is true that there is something unifying about the power of the human voice. I've been privileged enough at RARB to review a host of interesting non-Western pop a cappella, and Zamaane is another strong addition to the genre.

There's a lot to get excited about on Zamaane. The album is the latest from Brown Sugar, a co-ed South Asian a cappella group from Northwestern University. The blend of South Asian music (featuring cuts from Bollywood films and Punjabi pop music) and Western pop works well, and Brown Sugar's decision to blend the two worlds in medleys and mashups is a strong decision from a production and accessibility standpoint. The singers in Brown Sugar seem equally at home with both styles, and the group is able to successfully navigate between artists as diverse as Adele and film composer Jatin Lalit.

Brown Sugar is full of strong singers, from the well-chosen soloists to the blended background textures. The female voices do, however, definitely stand out as being more consistent than their male counterparts; there are several moments where a stray baritone or tenor pops out of the mix in an unflattering way. This isn't entirely the fault of the singers, as there is some awkward writing within the arrangements. The arrangements are far from awful; syllables are usually well-chosen and the conceptual linking in the medleys and mashups works well. The awkwardness in the arrangements tends to arise from overwriting — and yes, I'm well aware of the maximal elements present in Indian pop music, but too often the arrangements cram too much of one vocal texture into a moment, leading to an unpleasantly overstuffed sound.

There are some standout moments on the album: the excellent Lagaan Medley, the adventurous take on Set Fire to the Rain which is the most successful of the medleys, and the muted beauty of Silsila Yeh Chaahat Ka's intro and its eventual development into an enchanting groove. Less successful is the album's limp closer, Afterglow, which provides the ultimate anticlimax to an album that deserves a much more rousing sendoff.

If you're a fan of South Asian music and a cappella, or are looking for something a little different than standard collegiate fare, Zamaane might very well be worth your attention. Brown Sugar has clearly put a lot of time and effort into developing this album into something special, and they succeeded.

Too much and not enough. Too much to have two or more lead vocals conversing in different languages, layered with complicated drum loops on top of running riffs and syncopated interjections, backgrounds chiming in on sporadic soloist lyrics, all atop a constant pad of "ooh"s and "ahh"s plodding along with the chord changes. Not enough gusto and not enough purpose to propel listeners through everything going on in such a mix.

Brown Sugar uses too many of the same techniques too often. You'll hear them all in Taking Chances / Jaane Kyun. As soon as Anjolie Kulkarni takes the lead, the backgrounds take it on themselves to harmonize bits and pieces of the lyrics and trail off awkwardly into open chords. A verse and a chorus in, the mash-up revs up with some voices holding lackluster whole notes while other voices prance around a garble of countermelodies. The percussion takes off emphasizing beats willy-nilly as the new soloist struggles to stay in tune. The arrangement eventually comes around full circle with the same half-hearted background lyrics and without ever reaching the climactic heights that I would expect from a mash-up.

Copy and paste for Halo / Shukran Allah, Set Fire to the Rain / Chand Sifarish, Gravity / Kuch Is Tarah, Minds Without Fear, and Afterglow. Each of these has its own charming idiosyncrasies, but at their core is the same dual-melody structure strung together with the same elements and the same stagnant dynamics. Bin Tere / Without You is the only song in this vein that clicks. The source materials lyrically lead into one another, all three soloists pull their weight, and the backgrounds at last sound enthusiastic about being in the studio. Otherwise there is just not enough variation to warrant so much English/Hindi fusion.

Zamaane does include four tracks that depart from the mold. The only all-English song is Paradise, which doesn't have the production or inventive arranging that might make it stand out among any of the other collegiate a cappella Coldplay covers. Meanwhile, Silsila Yeh Chaahat Ka, Des Rangila / Saajan Ji Ghar Aaye, and the Lagaan Medley (yes more amalgamations) immerse you completely in Indian songwriting. The music is adventurous and scenic and catchy, but as the verses slog on without rests or modulations you start to wonder why you've been stuck in one scene for so long.

In a cappella, often less is more. Brown Sugar tries to recreate every little detail from one pop song, overlays those with every little detail from another pop song, and then devotes so much focus to blending that there is no focus left for feeling. Cut some of the countermelodies, cut the droning open vowels, cut some of the mash-ups, and if nothing else cut that "doing" percussion sound. With less clutter, it's easier for a group to give a tight performance and for an engineer to produce a punchy mix. Too much of Zamaane is filled with musical moments that feel unnecessarily tedious for Brown Sugar to orchestrate. The album also certainly has some moments that capture the imagination, just maybe not enough to keep a listener coming back.