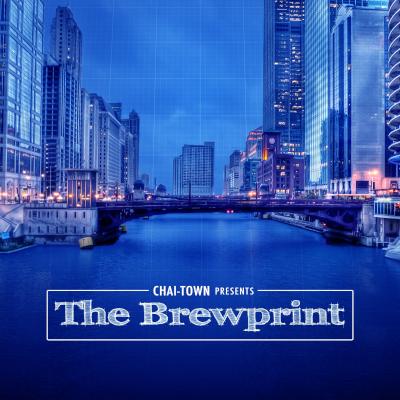 In fusion music, it's the transitions that make or break the songs. Too often groups who mesh languages and styles make such sharp left turns in their arrangements that it's more unpleasant than cool. In The Brewprint, transitions are quite seamless, though not always purposefully and creatively relating two works to give new meanings. This seamlessness, combined with Chai-Town exquisitely capturing the mysterious character and complex vocal stylings, scales, and modes of authentic South Asian music, makes The Brewprint a special release for the canon.

The Brewprint is, however, a very divisive release. Song choice is important in fusion music. Singing boy band music your own way is neither novel nor really necessary when you have actual works of art to sing. And Mar Jaava is actual a cappella art — rare at the collegiate level, and almost as rare at the professional level. The dynamics, the suspensions, the dulcet bass, the vulnerability in the backs, the way the soloist has some kind of trance-like power that makes time sweetly slow down. This is untamed musicality wrapped up in a stunning arrangement, and why a corny rap follows it is hard to process. If nothing else, buy Mar Jaava and experience extraordinary music. There is also very refreshing and unique mouth drumming adding depth to many of these tracks; it's easy to get into to the belly dancer-esque rhythms on Teri Justajoo. As often happens in fusion a cappella music we review here, the non-English tracks are the strongest.

The product itself for The Brewprint presents concerns, too. These are the lightest liner "notes" I've seen in awhile (we don't even learn the group members' names), and my desktop iTunes player insists this album is called The Brewpoint. With the price tag of creating a finely produced and mixed album, why shortchange the details?

I'll wish for a full South Asian album from Chai-Town, but I suspect that's not going to happen. Still, now that these fellas have recorded Mar Jaava, they have set the expectation for some seriously musical music for their next go-around — and I hope to hear it proudly delivered in each track, be it in American pop or within their heritage.

The explosion of collegiate a cappella groups in the past ten years has yielded significant benefits to the vocal music community, and an indisputable cache of clichés. The University of Illinois male group Chai-Town introduces itself and its new album, The Brewprint, with several, including the punny name and album title, being the "premier" [fill-in-the-blank] group on campus, and offering woefully inadequate crediting (no arrangers, soloists, or composers!) before the listener can even press play.

Turning to the music, Chai-Town manages to occasionally — and just barely — distinguish itself from many of the other male groups at colleges across the country. First, the group does so with the obvious stylistic choice in offering what it suggests is essentially South Asian music fused with contemporary American pop; second, with the clean, competent approach to that lesser-offered genre.

South Asian a cappella music is a growing niche on American college campuses, and Chai-Town struggles a bit on The Brewprint to define its role in that burgeoning scene. To begin with, the better songs on this album are those with no American pop component such as Teri Justajoo/Maula Mere and Mar Jaava. Both songs offer mesmerizing atmospheres and pure, haunting solos and harmonies. As I am not particularly familiar with the originals, I cannot speak to the honesty or intricacy of the interpretations, but these songs are compelling and engaging and left me wanting more of the same.

Unfortunately, the group is less successful in adding American pop to the "brew". While Birthday Cake/Punjabi Remix/Lil Freak is heavy on the bass and drums and thus a more traditional reflection of what many male groups are trying to offer in 2014, it's also less interesting than the aforementioned songs. Even as Can't Hold Us and Give Me Love/Amnesia are clean and accurate interpretations of modern pop music, they are also generally devoid of nuance. Mirrors is a little better, particularly after the 3:00 mark when the group and producers explore sonic soundscapes a bit.

Arrangements, regardless of style, are simple and generally unremarkable. Sometimes, this benefits the music (Teri Justajoo/Maula Mere and Mar Jaava). Other times, it results in sagging, repetitive music (e.g. Tum Hi Ho).

The Brewprint feels like a bit of an identity crisis for Chai-Town. If the group hopes to compete with iconic male collegiate groups like The Beelzebubs (for example), the effects on Mirrors, Bumpy Ride/Turn Me On/Kiss Me Baby, and Birthday Cake/Punjabi Remix/Lil Freak are important but the arrangements just don't rise to the level of true "premier" status. If, however, the group looks inward, at its stated goals of incorporating and interpreting South Asian music through voices, and does so with the effectiveness it demonstrates on such songs here, I think there's a real contender for new leader status in this corner of the a cappella market.

The Brewprint, the latest studio release from South Asian fusion a cappella group Chai-Town, is pleasant but monotonous. It's inspiring that Chai-Town has found an identity for itself, but so many other groups are doing the exact same thing and are doing it better. Following groups like Penn Masala, Raagapella and Dhamakapella, Chai-Town struggles to set itself apart with The Brewprint.

The Brewprint attempts to generate interest through a fusion of Eastern and Western music. While this approach is creative, it isn't necessarily impressive — especially when songs are thoughtlessly fused together. Nothing but your own intuition will guide your ears forward with a majority of these tracks as you can more or less guess what is going to happen next. Take the second track, I Want It That Way/O O Jaane Jaana/Tearin' Up My Heart, for example: verse and chorus in English, second verse and second chorus in Hindi, bridge and final chorus in English.

There are some highlights on The Brewprint, however. The strongest tracks are void of any fusion. Mann Mera, Mar Jaava, Teri Justajoo/Maula Mere, and Tum Hi Ho are showcased through arrangements that are mostly transcriptive, but have generally acceptable soloists. While a majority of the lyrics are in Hindi (translations are not provided), it is never difficult to surmise what the soloist is feeling because they each sing with such conviction. The production is crisp, forward, and generates an authentic Hindi atmosphere that complements the soloists perfectly. The Brewprint would not be half the album that it is without the brilliant production work by Plaid Productions and a cappella luminary Bill Hare.

To set itself apart, Chai-Town will need to find something unique to say with its next release.