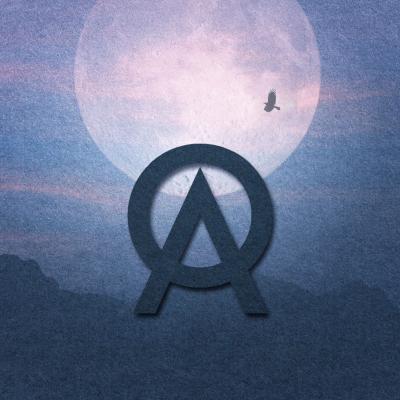 I love this new album from Germany's ONAIR. The music flits from trance-pop to jazz to light classical, at times echoing Björk or Radiohead or The Singers Unlimited, and always well-sung.

I love Teardrop, a new-agey take on Massive Attack. The percussion, the block chords and the low bassline make a wonderful backdrop for a series of treble accents that cycle through the lyrics, various instrumental-type solos, and back to the chorus again. It's a great end to the album, bringing a great overall feel and so many small moments to rejoice in. Parts of it have the punch of Coldplay or Pearl Jam at their best, without too much of the oh-so-serious cliché that makes those artists now hard to take on their own.

Wenn ich ein Vöglein wär is another standout, a modern arrangement of a traditional folk song. The setting is on first glance indistinguishable from the pop covers, on second glance remiscient of Chicago a cappella, and on third glance its own wonderful thing. German singers singing beautifully in German! I swoon; a group comparable to amarcord. More, please.

What I personally do not need more of is audience-pleasing pop songs of the moment. Yes, I am a curmudgeon. Get Lucky was everywhere, everywhere, everywhere in Europe for a very long time, and it makes total sense that ONAIR would record it. It's fine. Any number of top collegiate groups in America probably did something similar, with bonus native-speaker intonation on "up all night to get some." I feel dishonest if I don't type my reaction here, and also like I am spoiling somone's really fun party, so please, carry on.

Me, I'll delve into Wolf and I for that renaissance-style bridge that comes up out of nowhere in the middle. The whole song is nice, and the arranging is terrific.

These singers seem to have a great feel for what works with their voices, aided by Bill Hare's mixing and mastering. Moon as a whole is a delight.

ONAIR took first place in 2013 at Aarhus Vocal Festival (AAVF) in Denmark. I was Head Judge that year and this was the group's first appearance. The compulsory piece was Wolf and I by the group Oh Land. ONAIR opened with this, turned it on its head, and locked-in the win. It's no wonder the group chose to start off its debut EP with the same award-winning arrangement that introduced ONAIR to the a cappella world. Shortly following the AAVF win, the group made its U.S. debut as a headliner at SingStrong Chicago. [Editor's note: Jonathan is the executive producer of SingStrong.] What won the American crowds over, just as it had the overseas judges, was ONAIR's soaring voices, expressive dynamics, and powerful artistic choices.

Dark, artsy, and achingly beautiful performances arise like ghosts; ethereal, intense, and possessed of unfinished business. The group's dense harmonic choices will please music aficionado nerds (like myself), but it's never just a chord; every note serves to tell the story. One part film score, one part European electro-pop, ONAIR could provide a perfect opening act for Peter Gabriel or Kimbra. Fans of Riltons Vänner or ARORA (formerly Sonos) will find themselves enjoying a similar musical language, both hypnotic and dramatic.

Patrick Oliver (also of muSix and looping a cappella duo Hartmuth und die Hitmaschine) provides about half the arranging, the vocal percussion, and even the editing. Stefan Flügel provides the other half of the arrangements. These two paint with strong colors and pleasingly similar brush strokes. And best of all, they know the voices they're writing for intimately.

Grammy winner Bill Hare's steady hand on the mixing/mastering console leaves in all the humanity, all the dynamics and all the raw emotion while somehow still providing a pristine, spacious universe where nothing else seems to exist but these voices.

It must surely have helped to have the talented Sonja Harth on recording duties. She is the go-to live sound engineer and sound designer for ONAIR, as well as for Maybebop and Hartmuth und die Hitmaschine. It's a reflection more than a reinvention, so the sonic choices are sure to please fans of ONAIR's live show.

A shining star of dramatic Euro-pop, ONAIR is one to watch. And one to own.

I love this album. Love, love, love. The singers and the production are equally top notch. It is perhaps the most "repeatly listenable" album that I've ever been asked to review — if RARB would allow it, I'd give it a "6" for Repeat Listenability. It is a fabulous album, made all the more amazing that this is ONAIR's debut effort.

According to the group's website, ONAIR's first performance was in 2013, where they won a vocal competition in Denmark. That doesn't surprise me at all — these are some phenomenal singers. There are six singers: two women and four men, and another female in charge of sound. All of the soloists are great; I'm not sure if the soprano lead is Jennifer Kothe or Marta Helmin, but she's got a voice to die for. Balance between parts is flawless, even in Exit Music (For a Film) where the baritone lead with solitary bass underneath would make it easy to have the bottom feel empty. The group's style and sound is a cross between Pentatonix, Maybebop, and the Swingle Singers — and at various places in the album, ONAIR reminded me of each of these three groups.

Five of the six songs are in English, and their English is excellent. The sixth song, Wenn ich ein Vöglein wär, is a traditional German children's song, sung in a very poignant fashion by the group. Some lyrics: "If I were a little bird, and had two little wings, I would fly to you. But since that can't be, I will stay here ... In dreams I'm near you, and talk with you. But when I awake I'm alone." It's light and airy, and very beautiful.

The production is usually very subtle, which completely fits my own personal taste. Where additional things get added in, such as funky electric and bass guitar effects in Get Lucky, they just add a splash of color and completely fit the style of the rest of the album. I also love the use of dynamics. Several of the songs start quietly, and build and build to the climax. I'm hard-pressed to think of a recent album whose sound production I have liked more than Moon. Kudos to group member Patrick Oliver for the editing and Bill Hare for the mixing and mastering.

The two highlights of the album are Wolf and I and Teardrop. Wolf and I includes a minute-long contrapuntal section in the middle, gradually increasing in volume and intensity, followed by thirty seconds of "ah"s after that, before things quiet down for a soft soprano finale. Very effective. Teardrop is the most interesting track on the album. Written by Massive Attack, the song is perhaps most well-known as the theme of House, M.D. But House fans probably won't recognize this version, as it bears little resemblance to the instrumental snippet used for the show. I'm not very familiar with the original, but ONAIR's version has an almost Middle Eastern feel with chanting and whispering. And the vp is cool, with percussive sounds reminiscent of African music.

The only criticism I have with this album is with the liner notes — the track information is practically hidden, and if I didn't know better I would assume the album was self-titled because the word "Moon" doesn't even show up. But I'm more than willing to give the group a pass on this minor flaw in exchange for such a jewel of a release. Thank you, ONAIR.

This album is available from iTunes and ONAIR's website.