What Could've Been: The Acapella Mixtape (2016) 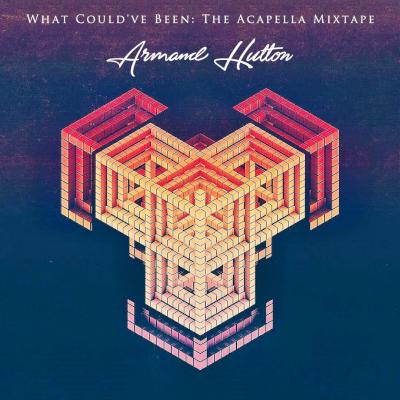 In a broad conceptual sense, Armand Hutton follows in the footsteps of Danger Mouse's 2004 underground release The Grey Album. But where Danger Mouse re-mixed Jay-Z's The Black Album with The Beatles' The White Album (and was famously sued for doing so), here Hutton takes large samples of artists like Stevie Wonder, Beyoncé, and Michael Jackson and combines their original lead performances with his own a cappella arrangements. The resulting works, typically mash-ups, are often a striking and thought-provoking departure from the originals.

What Could've Been is a kind of modern art: found materials drastically altered by new context. You stare at Hutton's music. You admire it. You deconstruct the creative process and search for the sources, the references, the meaning. And while the leads perform with obvious passion and incredible talent, amazingly, that's not the focus. The album concept tells us that. Even the mix tell us that. The gravitational pull of pop music is almost universally the lead, but not here, even when these leads are cultural icons. Here they are weightless. The experience is otherworldly.

The new song forms and jazzy, extended chord progressions range from interpretations to new creations. Hutton's vocal tone colors and textures are a combination of smoothly produced R&B/Hip-Hop and heavily effected, even artificial-sounding studio creations. Fans of Hutton's former group, Naturally 7, will feel right at home with these intricate, harmonically challenging arrangements (especially Alright, It Takes Everything, Could've Had it All, and Misty). The backs shift playfully between what sounds like vocal samples played on a keyboard, to actual, graceful performances. But Hutton's arranging hand is also found in the mashing-up process. There may be seven tracks, but there are at least thirteen song sources.

Impressively, Hutton mixes every track but Misty. As mentioned, with only a few exceptions, the leads are simply borrowed; almost every aspect of the performances were created without Hutton's input. But it is Hutton who places them; Hutton who edits; Hutton who chooses the context. This mixing is the artistry we are asked to focus on.

The talent level and creativity are exceptional and scores reflect both Hutton's input and those of his superstar leads. But there is also an element of Frankenstein's monster to all this. Yes, the science is within our grasp. We can take anything ever recorded and use it as we choose. But should we? In a moral sense, have we stolen something from artists like Stevie Wonder and Beyoncé when we use their actual performances without their permission? What about the legacy of Michael Jackson? Or is everything fair game artistically?

From a legal perspective, I doubt most listeners will fret over stealing from such prominent artists, but it was a near-constant thought in this reviewer's mind: if copyright cannot protect these musical giants, what chance do the little guys have? But on the other hand, if the real costs of using these materials had to be paid, this is an album that surely would never have seen completion. Does the brilliant and beautiful result justify the means?

Further, when the studio takes such a prominent role, when cutting and pasting is the core methodology of creation, is some living part of the music diminished? Does it matter that Beyoncé's vocal performance cannot organically interact with Hutton's arranging? The answers to all of these questions lie in the mind of the listener, and grateful credit must go to What Could've Been: The Acappella Mixtape for provoking the discussion.

One criticism that may matter little in the digital age: the downloadable liner notes are both inconsistent and a bit confusing. Sometimes we are told a song is a cover which contains a portion of another second song when in fact it is not a cover at all, but the original recording — a use which should always be credited. This credit seems to confuse the use of a sound sample with the mash-up of separate songs in arranging. We are also told Misty is a cover of Misty performed by Ella Fitzgerald. One would expect then to actually hear Ella Fitzgerald. But upon listening, the lead is clearly that of a man. Unless this is a fantastic studio trick in which Ella has been altered to sound like a man (and I wouldn't completely rule that out), then we don't know who's singing lead. (My guess is Hutton himself, an exceptionally talented singer.) In fact, lead vocals are only credited on tracks two and six. Perhaps we are expected to simply recognize all the other voices. There are other deviations from Liner Notes best practices, but these seemed most important.

Cerebral and subversive, What Could've Been displays the highest level of artistry. But the cultural questions it raises may echo louder than the music itself.

Armand Hutton presents a very compelling product in his soundscape project, What Could've Been. Unlike a traditional album of covers and original songs, what we get is an overlay of vocals on sampled artists like Beyoncé, Drake, Michael Jackson, and Stevie Wonder. I'm going to comment on this album in two parts: on the vocal reimagining, and on the product as a whole.

The musicality of the reimagining is very entertaining, to be sure. As I mentioned in my review of the single release Misty, Hutton loves to play with atonality and constantly teeters on the edge of falling apart. The genius lies not just in the construction, but the structure; most groups will only experiment with throwing a grind on an important phrase, but Hutton is in another world. He grinds the railing between traditional dissonance and complete dissolution for entire numbers, as though he were Tony Hawk going down the freeway divider with a magnetized skateboard. The resolutions don't always leave you feeling complete, but that's the point: it's a challenge to popular execution, and it doesn't require a perfect tonic chord in root position to say "okay, we've finished." Being a bass for Naturally 7 means we get some great bass lines throughout. I have a personal favorite in the opening of It Takes Everything. It's quiet, but bounces through with a cat's lightness and sets the mood without drawing focus from the All of Me motif sung on top. My only negative feedback of the reimagining falls with the dynamic shaping, which is lacking in comparison to the chords' careful crafting. The tonal games certainly snare the attention, but I'm not always recognizing the climaxes until they pass, and that's a missed opportunity.

As for the whole product? It might be ahead of its time, but it might be a step back, too. The musical innovation constructed around a pre-recorded track lift is certainly different to the standard. Covers and originals take that right now, and the beauty lies in the group's (or individual's) ability to interpret it into something that can only come from them. With samples being laid in as the foundation, what comes across is just a rehash of the original emotion. It's amazing to see what can be built on top, but I've got to have the personal opinion, that imperfect inflection, the performance choice that shows the meaning behind the song selection! This album isn't emotionless by any stretch, just ... muted. It's been filtered through the original performances. Saying this, I want to congratulate the guest artists on this album for giving me that emotion in spades. The tracks with original performances by the soloist are incredible, well earning the "Excellent" rating.

I give this release an "Average" for production; there's major balance issues in Alright, and some of the sylllables sound like Finale's "Voice Ooh" playback setting (especially in Mine). This, however, doesn't take away from the cool thing we have. If you are a consumer of a cappella, you need to listen to this. The musical genius it took to make this album is more than worth it.

I have always admired the music produced by Naturally 7 where Armand Hutton sings bass. To me, the jazzy chord choices and sound quality of both his a cappella and solo acts sound very familiar, as I am a longtime fanatic of N7. What Could've Been: The Acapella Mixtape is heavilly jazzed and it may take a few rewinds before the connection to the listener is established. It's a collection of select tracks that are lovingly reinvented by a musical genius. I was surprised by the chord progressions used in each song. There are also advanced techniques used in the mixing and production of this seven-track album.

All of the vocals are professionally done. The bass that anchors the chords is flaunted throughout the album; it may sound disconnected in the absence of other low frequencies. The chords and dissonances in the intricate arrangements create an eerie aftereffect — almost haunting. My favorite tracks are They Don't Really Care and Could've Had it All as they catch my attention with their interesting rhythms and ear-tickling chords. The unexpected chord progressions put extra spice in each song. What Could've Been is the work of a playful genius who takes risks for the love of jazz music.

What worries me is that the tracks contain the vocals of the original artists, like Michael Jackson, Beyoncé, et al. It may be reimagination of the songs, but it may also raise legal issues in the future. It's a risky way of making a cappella covers.

All tracks are well-mixed and they all sound uniform in sound quality. As a total assessment, the album is a legal risk with these covers. I sure hope Hutton's next album does not challenge the edge of intellectual property laws. He might as well just produce an all-original album since his talent is near-limitless.

What Could've Been: The Acapella Mixtape is available on Bandcamp.