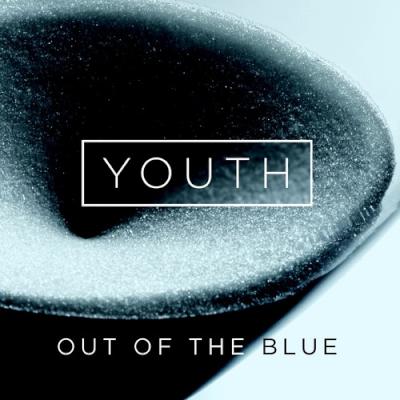 Youth is a gorgeous, inspired album from the ladies of Duke's Out of the Blue. You'll be hard-pressed to find a release this year that sounds lovelier or has more emotionally-driven source material.

It's a rare treat to hear arrangers who seem to recognize their music has to work in both live and studio settings. Hearing the great dance beat built right into the arrangement of Addicted to You immediately shows the smart arranging all over Youth. But, it turns out it only gets better, because the album's pinnacle song Youth follows. The enchanting opener of this track will leave you gripped for the evolving, intensely beautiful and strong arrangement. Honestly, it's a cathartic experience to hear this song from Out of the Blue. The arrangers here succeed in different styles, too; Hang With Me has a playful vibe while Put the Gun Down has amazing oomph and power, and both succeed equally. The pens work well around more poetic songs too, like Blood, and even make the Top 40 songs at the end pretty engaging and fresh. My only complaint in this area is that the arrangers are listed as a panel in the album credits instead of being attributed to individual works to compliment and praise.

But what good is a well-penned arrangement if the musicians can't bring the notes to life? On Youth, the talent pool is deep and well-rehearsed. The solos are paired well to their songs, and the backgrounds are committed to digging into their parts to create a gorgeous score underneath. You can hear that the singers on this release really love making music together — this is a particularly special group make-up. With the many heavily atmospheric tracks on Youth, a special partnership with the production team is necessary, too — these are not lightly-produced tracks, but the effects don't feel overboard; they really add dimension and presence. Nicely, nicely done Dave Sperandio for recording, mixing, and mastering this fine release — you can also hear that he really enjoys this album, too — and to Chris Waybill for the editing polish. The most consistent albums are always built through a solid collaboration.

Hopefully I've convinced you to purchase Youth and keep tabs on Out of the Blue.

Duke's all-female group Out of the Blue didn't submit its 2013 album Runaway to RARB, but the two albums before that — 2011's Still Point and 2009's Flywheel — were a bit of a downward trajectory for this group. Unfortunately, Youth is another step backwards overall: there are some beautiful songs here, but there are just as many that don't set OOTB apart from its peers.

There are beautiful high points here, though. OOTB starts out on an entrancing note with Addicted to You, which has a smoldering solo from Allison Dorogi and backs that swell in all the right places and back off when the lead needs more space. The backing syllables that sound like dramatic sighs work perfectly here; I wish I could give credit to the arranger for this great score, but OOTB has credited all four of the album's arrangers together instead of linking names to specific songs. Other strong successes are the sassy Put the Gun Down, the slow crescendo of I Will Wait, and the gorgeous arrangement of Robyn's Hang With Me that captures and melds the song's dance-pop energy with a sweet solo by Melanie Heredia. Blood sounds heavenly, with angelic backs and ever-so-subtle dynamic changes.

Elsewhere, the group just doesn't sound as focused. Youth has moments of beauty alongside moments that sound muddled and jumbled; Stay or Leave sounds very same-y throughout and just isn't memorable; and Keep Breathing's similarity to Blood suffers from its track placement. But OOTB's biggest misstep is Young and Beautiful, which sounds distractingly off-key. While Lana Del Rey's original is mopey, it also captures a sorrowful moodiness that OOTB just doesn't replicate here; their version sounds sour and atonal, and it's a distracting song for this album overall.

Youth is the perfect example of an album that should've just been an EP of its best tracks; at its best, Out of the Blue has gorgeous soloists, textured arrangements, nuanced dynamics, and memorable performances. Unfortunately, Youth has a number of songs that don't play to OOTB's strengths and sound generic and lethargic; this is a group that I know can do better, and I hope these singers find their focus on their next studio recording.

There is a fullness, coherence, and diversity among songs on Youth that many groups — whether male, female, or co-ed — can't seem to grasp. There are also some clearly talented voices in this group, but unfortunately, the album is hindered by its uninspiring use of those voices in its arrangements.

With this album, Out of the Blue succeeds at capturing a very full sound. At no point does it feel empty or like there is any missing low range, which are common issues found in other all-female groups. Part of the credit goes to the production teams (diovoce and The Vocal Company) for adding the necessary effects such as reverb and echo to let voices carry and fill the space. Part of the credit also goes to the voices themselves who all carry a warm blend that offers vibrant support to their soloists.

Speaking of which, the soloists are probably the shining achievement of this album. Every lead imprints her own personality onto the song. Erica Zeno never holds back her intensity on Put the Gun Down. At the other end of the spectrum, Alice Marson on Youth and Marissa Medine on Keep Breathing excel at lending their solos plenty of vulnerability.

Youth's primary flaws lie in the extremely heavy use of transcription-like elements in the arrangements. First, while there is a full sound throughout, dynamic contrast is hindered when the voices are rarely placed in their higher full voice ranges on background parts and when climaxes of songs are heavier on pingy rhythmic parts instead. Second, the transcription qualities can lead to extremely busy backgrounds, which can divert attention from the lead, such as with Hang With Me. Third, what sounds organic on one instrument can often sound arbitrary on another (the voice, in this case). On Blood, for example, the instrumental sections take you out of the moment, because what the voices are singing feels like a copycat of another instrument. Even when voices are copycatting other instruments, it should never come off that way.

I'd also like to mention the importance of thorough liner notes. It's insufficient to mention the original performers without also mentioning the songwriters/composers involved. It's also rude, especially when they've arguably contributed more to covers than the performers or arrangers. Speaking of which, the group doesn't properly credit its own arrangers either: instead of listing which arranger worked on each song, Out of the Blue lists them in a bunch at the end of the notes. I'd love to give credit to the arrangers of standout individual songs, but I can't, because I don't know who arranged them.

Youth is quite good in many ways. My advice for the group to ensure its next album is excellent, however, is to sing arrangements that emulate the essence of the original by adapting it to voices rather than attempting to imitate the original instruments. Oh, and to be more thorough with the liner notes so that we can praise the arrangers who drive that excellency the next time around.

Purchase Youth on Out of the Blue's website. Youth also streams on Spotify.