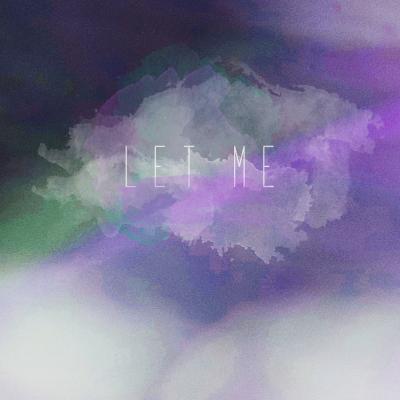 I glanced at the song list and I was skeptical.

I know, perhaps I shouldn't be before even listening to anything, but all three offerings on the Unaccompanied Women's latest EP, Let Me, could reasonably be qualified as electric pop; the EP features two mashed up songs co-authored by Dutch DJ Martin Garrix, one originally performed by Missio, and another by Muna.

Generally speaking, this sort of music isn't necessarily my personal jam, and when translated into a cappella, more often than not, it frequently comes off as studio-assembled rather than legitimately arranged for and performed by a vocal ensemble.

What a pleasure it was, then, to find that the Unaccompanied Women have given us a sophisticated, thoughtful, and engaging approach to this music, which in some ways, renders it more compelling for me than the originals.

This is especially true of the opener, which is the best of the three selections showcased on Let Me. This isn't just a fusing of two songs with similar chord structures (and basically identical structures), but rather a calculated and logical melding of two songs whose lyrics complement — though perhaps via thematic contrast — one another and thus provide a point/counterpoint between the choruses when both are offered in overlapping fashion by the end. What's more, the most electronic moments of both songs — the DJ-constructed interludes that follow each chorus — are both faithful to the original but also wonderfully translated by arranger Leo Bevington (a standout from the group's previous album Ampersand in 2017) into decidedly human voices. It's refreshing and no small feat.

Bevington's arranging work on Kamikazee is equally accomplished, in particular in developing and expanding the background textures in the second verse. Overall, this one also merits a "5" (as shown at left), though the sharp contrast in style between the verses and choruses of the original were missed in this interpretation. And somewhat predictably, when the song runs out of things to do in the final choruses — the original simply repeats several times — this version gives us a key change. It's well-executed and full-throated, but a little trite to say the least — though not as trite as the ending major chord which feels like it betrays the cynical, angry essence of the song which precedes it. Still, this is not a song that I imagine most groups are running to cover and these singers pull it off excellently.

It's the final song, If U Love Me Now, that left me with the most questions and just a little unsatisfied. Most notably, this is a moody, breathy, plaintive song as offered by Muna, and while there are one or two scattered moments of that here, there's an insistence bordering on stridency to the tone of this cover that takes away the power and impact of the song. This is perhaps compounded by the reality that the preceding songs are performed at fortissimo and louder, and I first wondered why this song might not have been better placed between the two others — at least from a sonic listening perspective (if there is an thematic through-line intended by the group for the EP, perhaps this was less desirable, though that through-line eluded me if it was intended). I then wondered why this song also feels the need to get louder and bigger, too. Sure — slower, more contemplative songs can be re-interpreted as more bombastic anthems and vice versa, but in this case, the performance moves to forte far more quickly than feels natural, if it even needed to get there at all.

Indeed, that might be my one major quibble with this album, but it also feels a bit unfair to quibble too much since it is but a 3-song EP. Whereas on Ampersand there was frequently too much, on Let Me, the balance of fuller and sparser moments within arrangements is decidedly better. And where the energy on the former felt a bit restrained, the energy here is undeniable and palpable. The one element missing for me — maybe not missing, but in shorter supply than I'd prefer — is nuance and shading. To be fair, that simply may not be the point and that's why it's just three songs being released as an EP. Perhaps it's just meant to be in-your-face, forceful, empowering musings on the nature of interpersonal love and love in general. If that's the case, then Let Me succeeds quite terrifically for what it wants to be, and we'll hopefully get the variation and subtleties on the group's next full-length release.

Let Me is an engaging eleven minutes of music — three tracks that feel like two, well-sung, and professionally-produced. Unaccompanied Women have a sparkling group sound that emphasizes their feminist bent without feeling like it's missing too much low end. They sound convincingly pop, with a modern choice of songs that keep the beat moving throughout.

Kamikazee is the standout track, thanks to its distinctive opening and sultry first solo from Julianne Lorndale. Overall, it's a catchy tune with a compelling pulse. The other two songs, the opening medley In the Name of Love / Scared To Be Lonely and If U Love Me Now, may as well be one mashup to my ears. I listened to this EP a few times on repeat to get a feel for it and these first and last tracks seem to share a harmonic through-line as well as a compatible groove. Music director Leo Bevington arranged the whole set — perhaps adding a common sensibility to what was already a well-matched set of tunes. Mixing and mastering by Ed Boyer and Dave Sperandio probably also contributes to giving all three tracks a similar feel.

Overall, Let Me is short and sweet. Unaccompanied Women can be proud of it and move on to their next challenge with anticipation.

In the Name of Love opens Unaccompanied Women's latest, Let Me. The handshake, the initial moments of their sound, are studio-enhanced, electronic-sounding, heavily tuned and dynamically compressed. Behind the electronic curtain lie some terrific voices belting out a heartfelt power ballad. But getting to that heart takes some concerted efforts, efforts which tax the listener's attention, short circuiting the abandon that great music evokes.

Kamikazee follows and now there's just a bit more space. That's all it takes to start really falling hard for Unaccompanied Women. Smart. Intense. Inviting. Quirky, even. These leads cut through and the electronic manipulations feel largely justified as dramatic choices, not defaults or sounds du jour. Leads Rebecca Koppel, Ri Desta, and Julianne Lorndale leave it all on the table, making us reach again and again for the repeat button. The moment is electric.

On If U Love Me Now, music director Leo Bevington's third artful arrangement gives us both build and gentle exposed moments on its way to a heartbreaking wall of sound. But as in Name of Love, the recording studio looms a bit too large, its penumbras stealing attention and dominating an experience that asks so plaintively to be exposed, raw and unmitigated. Or at least to appear that way.

What lies beneath Let Me is compelling. Unaccompanied Women bring stellar vocal talent and an inspiring artistic vision to the table. I'd line up for a full-length album. My only wish: a completed studio sound that does justice to the expansive artistry of the group itself.

Let Me streams on Spotify.