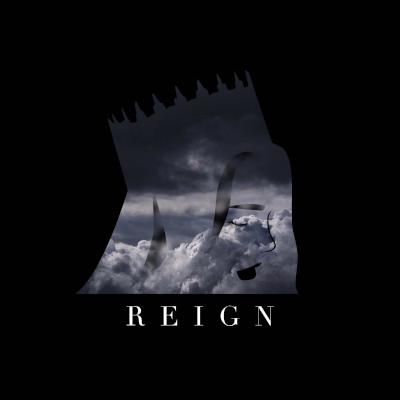 It's been a long, long time since we've reviewed a Hoos In Treble album — over a dozen years, in fact. That's too long to compare one release against the next, but one branch connects the generations together: producer James Gammon is still working with these Virginia ladies, who have released an album that probably isn't generating as much attention as it could.

I'm assuming it's by unified choice that Hoos In Treble wanted to keep the production on Reign ultra light. The absence of more refined drums, compressed and distinctly varied backgrounds, and flashy effects gives this release a decidedly retro sound in the current contemporary scene, but it's not as nostalgically pleasant as it could be. The general arranging style — some walking bass lines, showy leads against a lot of too polite, block chord singing in the backs, and a whole bunch of mid-tempo, mezzo forte work without any dynamic shaping to lean on, paints a pretty good picture of what a live performance entails. I can see this group singing in an arc under some good arch or dome acoustics, with a decent but not striking set for a casual-listening lunchtime sandwich crowd, and given the talent of some of these leads, I expected, and by the end of Reign, really genuinely craved, a more contemporary approach with some sharply audible contrasts from verse to chorus, and from selection to selection. We tip toward the future with Blow Your Mind, and the sound is a refreshing burst of what could be. For me, it's time for a shinier stage for these performers.

Some of these stylish leads singlehandedly bump up the track score with their skilled pipes, like Tristen Gulley-Davenport on What You Don't Do. Freedom's powerful soloist, Alisa Price, is unfortunately paired against a more basic arrangement that creates a mismatch in delivery. And the storytelling from beautiful lead Kat Gravely on Wonderful certainly takes the whole song up a notch in sophistication.

One thing Hoos In Treble does well is pick source material that suits the make-up of its ensemble (though It's Raining Men doesn't fit as snugly in this set list). Good songs, combined with the group's history in Virginia — a state well-known for pumping out a cappella hits — means that opening the curtain on a stronger version of Hoos In Treble, with more creative arrangements, dynamic shaping, and some playful production, is definitely an option if these capable ladies are ready to take us there.

UVA's all-female Hoos In Treble has some great performances on Reign. Turn It Around in particular is outstanding: Tristen Gulley-Davenport's arrangement tells a compelling story arc, Natalie Pernick sounds fantastic on the solo, and the vocal percussion (Katie Cantone) is processed to sound just enough like percussion while still keeping the feel of the human voice. This track is by far the best and most memorable song on Reign, and I keep going back to it.

There are other enjoyable tracks here: Evergreen (another Gulley-Davenport arrangement) is another standout moment, as is Wonderful. The first half of the album alternates between good and great, really showing off the strength of these singers as performers and as a group.

Unfortunately, though, Reign is uneven, especially in its second half. Freedom (the Beyoncé ft. Kendrick Lamar song) is vocally one of the stronger songs here, until the group gets to the rapped interlude, which just doesn't work. The vocal effects help, but spoken words are so rarely effective in a cappella music that this just feels like a poor choice. Mercy drags, and Blow Your Mind feels like a throwaway bonus track.

The second half also suffers from a confusing tracklist: it's a mish-mash of contemporary songs, with an oldie (It's Raining Men) and an older-oldie (Go Your Own Way) thrown in. Those two songs in particular don't flow with each other or the rest of the album and are two of Reign's more bland performances; I wish the group had left them off completely and focused on the other songs instead.

Hoos In Treble has a lot going for it: strong soloists, strong arrangements, and solid group performances. Reign's unevenness is unfortunate, since we know exactly what these singers could be capable of; hopefully with a more cohesive track list and album vision, the group can hit that high bar more consistently.

The tradition of a cappella excellence runs deep at the University of Virginia. Beginning in 1999, Hoos In Treble is one of the newest groups on campus. These ladies of Charlottesville have made a name for themselves over the years, with multiple appearances on both BOCA and Voices Only albums. With the latest installment, Reign is another snapshot of the group. However, listening through this album, there appears to be something wrong: Hoos In Treble struggles to present itself in the same manner that it has in the past.

The sound on this album feels very empty. Consider the opening track, Say It. If we consider that the point of the opening track is to make a statement about who the group is, this track really falls flat. The introductory verse is mostly block chords and a muted percussion track. This isn't an issue if the track uses the manufactured lull to catch the listener off guard with a big impactful moment. However, when that "moment" finally does happen, the dynamic shifts from about mezzo piano to mezzo forte, but the chord structure and rhythmic elements (or lack thereof) remain mostly similar. For an arrangement like this, the intention needs to be clear. Jordan Brown is a solid soloist, but is left high and dry by the group. Nan MacMillan's arrangement includes some colorful chords, but they remain stagnant. The introduction of microdynamics within the phrases and macrodynamics between sections would do wonders to make this arrangement a strong showcase of the group.

By What You Don't Do, we finally have a good feeling of what the group is capable of. Tristen Gulley-Davenport has a great voice for this solo, and the arrangement by Josephine Miller gives a soundscape for the soloist to effectively tell her story. The only part about this track that I have trouble stomaching is the use of electronic muting multiple times throughout the number. This muffles all the backgrounds, which isn't by any means a bad stylistic choice, but it's the first time that a drastic dynamic change is fully presented by the group. It doesn't sit well with me that the first time this happens is because voices were electronically altered and not because the group makes a conscious effort to introduce a new dynamic. It speaks volumes about the group that the overall dynamic contrast is done digitally.

As we get through most of Reign, the same issues seem to plague this group over and over again. The group sounds bored in the recording studio. As listeners, our ears naturally gravitate towards the soloist, because the soloist is the main source of energy. Unfortunately, for many tracks, the soloist appears to be the only source of energy. When the group isn't as energized as the soloist, the soloist is left struggling to pull the group along. This struggle brings down the overall impact of the music, regardless of the song. If you don't believe me, take a photo of every person in the studio. If everyone isn't as energized as the soloist, it's not going to end well. Hoos In Treble proves, as individuals, they have the energy as frontwomen, but keeping that energy in the backgrounds will get this group to the next level.