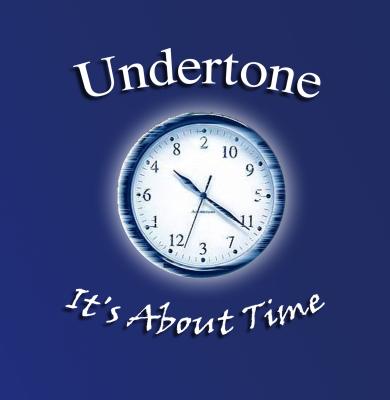 Perhaps you've fallen in love with your Boston-based college a cappella group. You screamed at their dorm concerts. You bought their CDs. You even hooked up with that cutie that one time. But those four (or five) years came to an end. The cold realities of life came crashing down on you like the icy Charles in winter. If only you could recapture the aca-love you felt at Tufts/BU/BC/Harvard uel sim... But you're older now. That college stuff is yesterday. Or is it? Where will you get your "jeng wah dah"s from now? Who'll sing Ghost Train and Maroon Five/John Mayer covers? You suppress a sniffle and a tear. They say you can't go back. But then again, maybe you can.

Undertone feels your pain. This co-ed septet is here for you. Formed in 2004, when several alumni from (surprise) college groups in the Boston area "decided that they had a little more a cappella in them", Undertone is just what the understaffed university health clinic ordered.

For the average listener there's a battle raging between Undertones' engaging, gifted soloists and their distracting, over-enunciated backup syllables. It's nearly all I could think about for the entire listen. The less serious the song, the more forgiving one can be. (Hence the relative success of Boogie Oogie Oogie.) But that's not where the most interesting solo deliveries lay. Admittedly, some of the tracks have less distracting syllable choices to begin with, but that doesn't quite manage to save the album as a whole.

Undertone could still be your dream come true. These are fine singers with lots of heart. And some listeners may have a soft spot for "jeng wah dah" or they may not care at all what's going on "back there". For them, this album is a winner. For me, it's disappointing that singers this talented weren't quite ready to bid a final farewell to college and crank out some material deserving of their noteworthy talents, whether that's original songs, or original-sounding arrangements. If Undertone can let go the past, their next release is sure to be a great success!

A blissfully short and relatively benign release by Boston semi-pro group Undertone, It's About Time is an average album with average songs and slightly above average arrangements. Despite being plagued by severe balance issues between the background mixing and soloists, the vocals heard here are tight, and execution is rather good.

Little studio wizardry seems to have been poured into the production of this album, which raises it at least one notch higher for me, considering that rhythm, pitch, and intonation remain quite steady (as do, unfortunately, dynamics) throughout. Considering the naturalness of the album, the arrangements represent the full vocal range between low bass and high soprano and don't sound at all empty. Volume and energy, on the other hand, have very little range on the album. Every piece seems to be at the same decibel level, and, sadly, energy relies solely on the vocal percussion and bass. This is unfortunately enhanced by the choice to put only one voice on each part, and might have been remedied by doubling the musicians during the recording process. Nevertheless, the arrangements certainly do represent the originals quite well. Save for a repetitive background in Barely Breathing and a strange soprano theme during the refrain, the music is mostly rather listenable.

The Undertone members are all culled from some of the top Boston area groups, including the Tufts Amalgamates and Boston University Dear Abbeys. With crystal clear intonation, Erica Featherstone leads a great rendition of Boogie Oogie Oogie and stands out as one of the better soloists on the album. But for the most part, It's About Time still sounds quite collegiate, almost amateurish. Hit Me With Your Best Shot is anything but power Pat Benetar, its arrangement transformed into a more pop sound with the duettist overpowering Featherstone on the chorus. A cappella vet Samrat Chakrabarti provides the best arrangement on the album with Pieces of Me, but soloist Adri Torres is simply and sadly buried under the backup vocals. Ghost Train is similar to any arrangement one might have heard since a cappelladom first started on the Marc Cohen mainstay.

It's About Time is a fine freshman release, to be certain, but in the grand scheme of things achieves nothing near a cappella excellence. It's refreshing to hear recorded voices as they might sound live, but as an album, this one requires a little more kick to really succeed. Newer, more creative arrangements and a better ear toward floating the soloists above the background will give the next Undertone album something to really talk about.

Short but solid, It's About Time offers interesting selections and sound arrangements sure to please the a cappella crowd. I'm sure the collegiate groups that the members of Undertone graduated from are proud of their alumni.

Yes, Undertone comprises another we-can't-just-give-up-a-cappella-after-college group, with seven members representing colleges in the Boston area (Tufts, Simmons, BU, and BC). I'm enjoying this trend. I enjoy It's About Time. I Wanna Dance With Somebody has a strong and sassy delivery by Adri Torres, who implores with a Kelly Clarkson-esque voice and the confidence to own Whitney's classic hit. She's easily among the best soloists I've heard this year, rockin' on Pieces of Me, too. Soloist Erica Featherstone also powers her way through Boogie Oogie Oogie, making dancing an extra hot pastime. And I can't get enough of the fun, down-the-scale intros before verses on Good for Me. Catchy special touches are key.

In a blast from the a cappella past, It's About Time closes with Ghost Train, the tune that echoed in college auditoriums from east coast to west coast a few years ago. Their version is fresh and emotive, with pulsing chords and a touching solo from Ehsan Iraniparast. But overall, I'd like to hear bolder, steadier background vocals the next go-round. They'll have to enhance their album art presentation, too, if they really want to market themselves as a semi-professional group. Yet, these seven add a fresh touch to a cappella, and I hope they continue to work together on future albums.

To purchase this album visit the group's website or A-cappella.com.