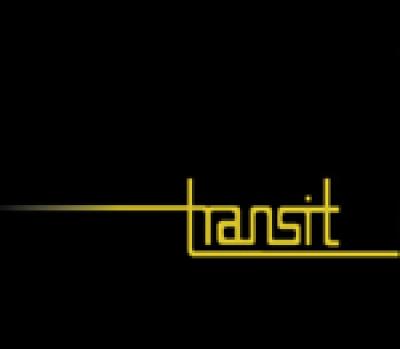 Go buy this CD. Now with that out of the way: "Transit" means "to pass across or through", and this hard-edged a cappella group from the south is passing through nearly every sub-genre of a cappella on one short, less than half-hour album. I was shocked to recognize only one of the covers on this album, Hide and Seek, and thought of it as a bonus for me since there would be no pre-conceived notion of what each song should sound like.

The album opens with the slamming Supermassive, an industrial rock tune that sounds anything but a cappella. It's gripping, ripping, and all around killer, though I would've loved to hear the lyrics in the chorus a bit louder. They were hard to decipher on the first few passes because of lots of "zhhh" sounds and lots of "ssss" everywhere. The album then shifts without warning to the haunting and Hide and Seek, which literally moved me to tears. There has been much discussion previously surrounding Joseph Bates' arrangement, one I saw as the front-runner to iterations done by other groups. (Editor's note: Joseph Bates is a RARB reviewer.)This is not a note-for-note transcription of the song but has many octaves changed, a few extra dissonant notes thrown in, and I think Imogen Heap would be proud to hear this rich interpretation.

Vehicle was my least favorite song on the album; I think Dave Sperandio's stylistic choices for the solo were reminiscent of an overzealous cruise ship singer. The song had a bit too much auto-tune on the bass for my liking, but the balance of parts is very well produced. Fortunately, Sperandio redeems himself with raw emotion of the solo in Whispers. I'm not a songwriter, and to discover that Bates wrote the song is a testament on its own. There are great arpeggiated chords, unexpected chord transitions (a fabulous thing in the world of I-IV-V-I overdone progressions), but an odd ending to the song occurs with an A minor piece suddenly shifting to Eb major. I would've liked a little less brassy production on the beginning of the song, but am enjoying it more each time I listen.

In a Graveyard proves that a cappella need not be full of syncopated arrangements, loads of layers or hard-hitting vocal percussion to be stellar. Bates once again thrills listeners not only with his arranging skills, but his soothing, crystal clear solo voice. Once again, with an unexpected transition, Can't Get Next to You is reflective of the most typical all-male a cappella arrangement: a fun, walking bass line, great solo, and monorhythmic chords filling out the middle. Transit chose to save the best (and by best I mean amazing) song for last with Home, reminiscent of the now-defunct Schrödinger's Cat big-beat cappella. Nick Lyons can come sing that solo to me any time. It's grinding, driving, and is a true rock meets country tour de force. I would've chosen to cut the end of the solo a bit, as it leaves the listener with a somewhat empty sound at the end of the album.

I'm curious to see what Transit will do next; they have clearly experimented with many genres that leaves the listener with a somewhat awkward flow of an album to listen to, yet the majority of the songs on this album stand on their own as great lessons in production, arranging and distinctive solo performance.

I expect very few of you need much in the way of background when it comes to Transit, a relatively new vocal band that showed promise with a Best Pop/Rock cover CARA nomination in 2006 for Hide and Seek and then took the CARAs by storm this year winning Best Pop/Rock album for their eponymous debut CD and Best Pop/Rock cover for Home, while also receiving runner-up honors for Best Pop/Rock original for Whispers.

Still don't know who they are? Well, their membership reads like a Who's Who of southern male collegiate a cappella in recent years: Joseph Bates, the wunderkind composer/arranger from Duke, snapped up by the Ultimate A Cappella Arranging Service faster than a 32nd note; Dave Sperandio, a.k.a. diovoce, the studio wizard behind the Sing compilation albums as well as many a BOCA track; VP extraordinaire James Wallace, formerly of the NCSU Grains of Time; the octave-defying Brent Stephens, formerly of the UNCG Spartones; and Liquid 5th co-founder Nick Lyons (who has since been replaced by George Gilliland).

So with a pedigree like this, one would expect a fantastic album, no? Well, these guys certainly don't disappoint. Transit features a little something for everyone. At only seven songs, it's either a short CD or a long EP but either way, you get plenty of bang for your buck.

All that said, truth be told, I was a tad underwhelmed by the opener. Produced within an inch of its life and featuring very little of what I would call "real" a cappella arranging, Supermassive Black Hole might be enjoyed most by those who know the original — of which I am not one.

On to Hide and Seek, which was perhaps the definitive version when it first became widely heard in association with its CARA nomination. With the multitude of groups that have since covered the song, hindsight (or "hindhear" if such a word existed) reveals that the Transit version is almost too pure for me. So unflinchingly exact is every note, every consonant, every everything that the song becomes borderline sterile to my ears. But it's gorgeous work and my quibble is primarily with an interpretive choice that is perhaps made even more understandable with two studio owners in the group.

From that point on, I have very little to say except "Wow". OK, so perhaps I should note the irony that these uber-experienced fellows have a track list that is out of order but if that's my biggest issue, you can get a sense of just how fantastic a CD this is. Vehicle is a rollicking good time — as well as a song I don't think I've heard since the 1990 Sylvester Stallone movie Lock-up — and the Jay-Z interpolation, if original to Transit (which I suspect it is, given Joseph Bates' well-known wit), is ingenious. Completely switching gears, the guys offer up a King's Singers-esque version of Rufus Wainwright's In a Graveyard — not dissimilar to Hide and Seek in its arrangement but infinitely more human. Can't Get Next to You brings us back to more traditional pop/rock a cappella with an arrangement that could be vintage House Jacks. And then, for good measure (and to make Deke Sharon smile), comes an original song — but not just an original. It's the Pink Floyd-influenced Whispers which, to give you some perspective, I thought actually was Pink Floyd before I looked at the liner notes.

And even after all that, at least for me, you still haven't heard the best overall track on the album — the infectious and inspiring Home. I defy you to not tap your foot and bob your head the first time you hear it. By the second time, you'll be belting right along with the solo.

With schedules that have them committed in a number of places simultaneously, Transit's performances have been relatively few, and fewer yet outside their Carolina base. I have no sense of how they sound live but for now, I just don't care. This CD is a keeper and one that I will be listening to for a long time to come.

Let's cut to the chase — the five-man vocal band Transit is worth every bit of the hype. Not a lot of groups hit the scene like this, with both first single and first album garnering CARA wins and a ton of attention. But that's because not a lot of groups have this kind of lineup to work with. Transit is a constellation of Southern talent, comprised of former members from the UNC Clef Hangers, NCSU Grains of Time, UNCG Spartones, and the Duke Pitchforks. Two member names that may also ring a bell for you are Dave Sperandio (of diovoce production fame) and Joseph Bates (of phenomenal CARA-winning arranging and songwriting fame), further demonstrating Transit's headstart on the competition.

To be sure, this eponymous debut is not a perfect outing. The opening translation of Muse's hit Supermassive Black Hole retains the original's eerie, driving groove, but the voices are so buried in distortion that it's hard to notice anything but the studio parlor tricks holding up the track. Vehicle has a screaming energy that is let down by a forced, artifical solo that can't match the enthusiasm of the backing vocals. Can't Get Next to You suffers the same problem with overly hokey, posturing leads, despite some creative arranging which almost saves the day. You get the feeling Transit tries a bit too hard on these tracks, despite all the weapons at its disposal.

But when Transit settles in, the results are spellbinding. Home has the same pulsing energy as Vehicle and Can't Get Next to You with none of the posturing, as the soloist growls his way through a rhythmic landscape worthy of its Bayou roots. In a Graveyard revamps a simple Rufus Wainwright piano-backed melody into an ethereal choral piece, with goosebump-inducing falsetto harmonies at every turn. I could listen all day long to the phrase where the lyrical solo takes on added heft as it soars over the top (and pretty much have, much to my boyfriend's chagrin). And Whispers betrays its origins as a Joseph Bates co-written original; I'd recognize his textured, pulsting chords of melancholia anywhere. Indeed Bates' fingerprints are all over this album, which could serve as a master class on arranging for young a cappella geeks everywhere.

By now, you've heard Hide and Seek and have probably decided what you think of it without any help from me. But for the record, I'm a fan — Transit finds a nice balance between melding voices and letting individual timbres shine through, with a lovely guest turn from the UNC Loreleis' Jillian Bauman. It's not a perfect rendition, feeling a bit overly deliberate at times, but still a damn good one and the best I've heard thus far.