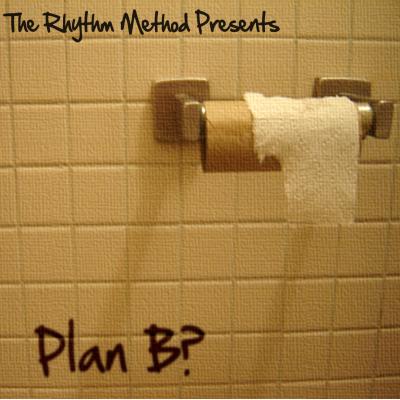 There are a few flubs along the way, but all the same, Plan B is an extremely fun listen.

Arranger Ross Matthei really brings his A game to Plan B. Right Here Waiting deserves endless praise for being an a cappella masterpiece. The arrangement is intensely creative, managing to convey both somberness and hopefulness in the same breath. Energy carries over important bars, intensity continually builds, and singular ethereal voices come and go like tides. It's the kind of song that's a genuine experience, leaving you still and reflective at its conclusion. Matthei also co-arranged Total Eclipse of the Heart (along with Lynsey Zuar and Heather Riess), which is constructed in a similar style, but doesn't quite reach the heights of the Richard Marx knockout (the melody takes some questionable turns). The result, however, is still unique and memorable.

And the arrangement goodness continues! Feel like dancing? What a Feelin' is a song you'll never grow tired of, thanks to the snappy rhythms and very joyful block, and it finds a similar dance partner in Jump (For My Love). And how about shakin' it with a really solid version of Hail, Holy Queen? You can! A lot of Plan B invokes spontaneous choreography, even from the couch surfers, so clear some space before listening. Arrangements this fun don't roll around often.

With all the arrangement awesomeness on Plan B, it's too bad that the corniness of Saving All My Love made the final cut. Lines from the block like, "Mod-u-la-tion", "I'll-put-out", and "It's Rhythm Method, Bitch" can only provoke chuckles once, if they manage that.

The engineering on Plan B might ruffle your feathers, too. The production can be so firm that it sometimes sounds like the group is going for the actual electronica genre instead of the supposed a cappella genre. But here's where things get interesting — when the voices slip into robotic mode, there's this bright eeriness about them that sounds rather fresh and futuristic. Like a cappella sci-fi. Hard to explain, easy to hear; Jump (For My Love) and Enjoy the Silence are good examples. Though with such heavy engineering, it's strange that certain weak points were left alone. For example, when the soloist falls out of range on Jump (For My Love). I mean, if we're going so far on the rest of the track, why not just pop in another voice (real or artificial) for those two low notes? I think I also detect some too-audible copy-and-paste jobs intermittently (3:20 on Saving All My Love is the most obvious, if this is indeed the case; and if it's not the case, it's not smooth engineering at any rate).

So basically, Plan B is a good album to keep around to lift your mood. Whether or not you agree with all the particular creative choices, this is feel-good music.

Ever thought to yourself, "Hey, I really need an a cappella album of '80s songs"? If so, Plan B might just be the album for you. Binghampton's The Rhythm Method has served up a mostly chronological menu of big hair, leg warmers, and men wearing lip stick. Blondie, Huey Lewis, Whitney Houston, Phil Collins, Depeche Mode ... they're all here. Appropriately, they give special thanks to "The '80s" in the liner notes.

After suffering through albums like this the past ten years from college groups still trying to finding their niche (aka: not very good), I was less-than-excited to get started reviewing Plan B. The Rhythm Method's sound has been a pleasant surprise, relying more on interesting arrangements that use all the voice parts to add to the arc of the song, rather than just having them replicate instruments.

Blondie's Call Me is probably the most contemporary-sounding track on the album, utilizing some crisp sequenced VP to help move along the track. But the chorus and bridge uses a more natural arranging style. It's a nice meshing of new and old.

In the Air Tonight starts out with a nice replicated (and sequenced) percussion line that sets up the soloist for a powerful entrance. The only problem is that Chris Benjamin completely misses the opportunity to line up the strong beats of his solo line with the same in the percussion. Phil Collins succeeded in this style because he was able to derive power from the percussive lines in his songs. This track misses the mark here.

Ross Matthei more than makes up for this misstep on the very next track with a creative arrangement of Richard Marx's Right Here Waiting. Despite the arrangement dragging in some spots, the climax of Ross singing the duet with Jaclyn Hochreiter is worth the wait (pardon the pun). This track is all about the voices, and listeners will surely be smiling as the rhythm map is happily discarded here.

The Rhythm Method chose natural recording techniques on the first half of Hail, Holy Queen and Total Eclipse of the Heart. The recording environment doesn't add to their sound as the reverb is not quite large enough to benefit from the live sound they are going for. I get what they were going for, but it doesn't come across successfully.

The Salt-N-Pepa Medley is more hit than miss as the conglomeration of female solos here does a good job of bringing us back to 1987.

There are a lot of different recording techniques and styles used on Plan B, many of which are appropriate and sound great. I think this album could've benefited from some trimming of the fat in regards to quality tracks that fit together across an album. Ross Matthei is a fantastic arranger as many of his arrangements are the better tracks here. Here's to hoping he continues to arrange for the group.

Plan B is an average album in the current a cappella landscape (rising towards above average) with some good and not-so-good tracks, arrangements, soloists, and recording styles mixed together. This group is probably a blast to see live, and I think that's where it can corner its market. The group should perform the songs on this album for audiences who will undoubtedly fall in love with their musicality and personality. However, I can't recommend this album to the general a cappella audience due to the inconsistencies of the album, unless of course you're an '80s music buff.

Before I talk about the music on Plan B, I'd like to take a moment to talk about presentation and branding. I had a clear picture of what I expected from this disc: the group, after all, has the cheeky name "The Rhythm Method", and the album cover is a spent roll of TP with the question, "Plan B?". Combine that mischief with the fact that the group's repertoire is devoted almost completely to 1980s tunes*, and I expected something over-the-top, whimsical, and fun. Instead, Plan B isn't all that different from most other college a cappella albums; this group just has a more well-defined repertoire niche than most.

Still, even though the sound wasn't exactly what I expected, it's an enjoyable album. This group serves itself well by approaching songs that aren't commonly done, and the nostalgia factor serves them well (just don't think too hard about the fact that most of these singers weren't born when these songs were released!).

There are some nice soloists here; I enjoyed all of the leads on Salt-N-Pepa Medley including, and perhaps especially, the female rap/spoken word bits. (Nicely done!) The soloists sell this track even though the transitions between songs are a little choppy and the ending is too harsh. (It sounds as if the group couldn't figure out a smoother way to end the track!) Similarly, Gina Doherty and Jake Altman deliver great leads on Jump (For My Love) and Enjoy the Silence, respectively. There are also some arrangements here that are really intricate without feeling too over-the-top: Jump (For My Love) and Enjoy the Silence both deliver with arrangements that keep the song moving forward without relying on boring chords.

Plan B is far from perfect, of course. The percussion feels a little too over-produced, especially at the beginning of In the Air Tonight and Call Me. Total Eclipse of the Heart is too treble-heavy for a mixed group, and some of the backing syllables are too obvious/distracting on Saving All My Love and Right Here Waiting.

In general, though, if you enjoy the music from the '80s, there's plenty you'll appreciate about Plan B. It feels weird to praise a group for sounding completely invested in every song on its album, since that's something that we should expect from every group. Still, there are so many groups that sound less-than-enthused on recordings, and The Rhythm Method's energy and outright ownership of these songs goes a long way toward smoothing over some of the weaker moments on this album.

*Video Killed the Radio Star was released in 1979 but arguably had its biggest impact in the '80s (including being the first video MTV ever played). Similarly, Enjoy the Silence was released a blink into the '90s, but Depeche Mode is so clearly an '80s band that the actual release date doesn't truly matter.

To order this album, visit iTunes or the group's website.