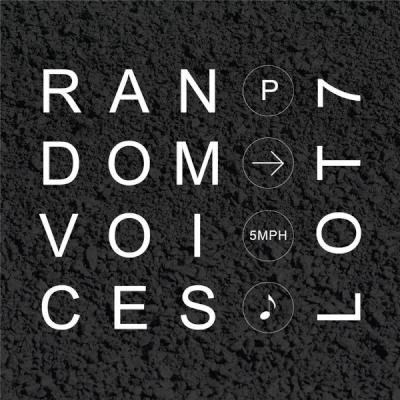 Lot 7 is more of a "Let's take a nice sunny stroll in the park" album than it should be, given the track list.

The first issue is no fault of the group, but it is what it is: Random Voices is brimming with very pretty, warm voices. There's some grit and growls when the music calls for it, but there are many moments on this release that tip more into soft, controlled choral territory than a contemporary a cappella pop sound that can really slice a chord and wail on top. Nothing wrong with sounding nice — if only everyone had such problems — but there's gotta be ice when delivering Titanium lines like: "You cut me down, but it's you who have further to fall." And Britney's Toxic is presented like a lullaby here. Throughout, the vocal conviction just isn't convincing enough.

The ladies picked a lot of empowerment anthems to record, which is a solid route for a female ensemble. But they don't have any true uptempo songs — the quickest they get is a pushed midtempo — and coupled with their voice style, it's certainly less than a rockin' time. If considering the whole arc of an album: well, there really isn't one for Lot 7. We stay around the same tempo, the same volume, with the same lovely-sounding voices at the helm. The Kanye West medley Power is the strongest simply because we get some good style variety in the arrangement. So, points for consistency on Lot 7, but not creativity or engaging programming. We need more tension, more levels in the presentation.

Finally, the credits are a misnomer as they don't actually give enough credit: no songwriters, no production team, and I'm always startled when a group doesn't even list all of its own members. Here's an analogy for that: what if you bought a book and you only knew its title, but not who wrote it, because it simply wasn't printed anywhere. Would you see that in a bookstore?

But I remain optimistic. There is delicious lady bass sound kicking around the bottom of this album that really elevates the whole group sound. Someone has some mad talent down there. And speaking of talent: there are some certifiably crazy mouth sounds happening on Lot 7 from Julia Ramos. They come in bursts, and they're a delight. Not many female groups can boast about packing a one-two punch with a natural low-end and slick vp. And in Like a Prayer, we get some infectious energy and a satisfying closing piece, too.

With some retooling to enhance the listener experience, Random Voices is gonna be awesome.

Lot 7 is UCLA Random Voices's sixth studio album and first since 2009's Out. As such, it's quite likely that none of the current members were involved with the group's last studio recording — but the result certainly doesn't sound like a rookie album. Lot 7 is polished, professional, and sounds smooth. Soloists are crisp and clear, backs are well-placed and well-blended, and the group's song choice fits with its tone and delivery.

The problem that Random Voices faces on Lot 7 is one of formula: many of the songs here start with a simple arrangement in the first verse, then add complexity and repeat, repeat, repeat. Parachute invokes a shimmering trance, but the song ultimately never goes anywhere. The slow beginning of Toxic is one of the group's most interesting choices, but when the song jumps back into its original tempo/tone, the Random Voices performance becomes less memorable. Speechless features a powerful lead from Shannon Kinnard, but the song would've been even more powerful with a greater dynamic range from the group.

Other songs here are well-performed but offer nothing new: Bottom of the River, Titanium, and Every Teardrop Is a Waterfall are unremarkable, and Like a Prayer is unusual only because it's a song that hasn't been recently overdone.

Dynamics really could have taken Lot 7 from good to "wow": dropping the song to a whisper in the bridge, an explosive crescendo in the final climax, or a powerful volume shift in a key moment could have turned any of these songs around. As the album stands, though, it sounds as though Random Voices plugged into a comfortable zone and just chugged through their songs. Good blend, good soloists, and good delivery don't make memorable songs; taking listeners through a compelling story arc does. That's where I wish Random Voices had been able to connect more, and what will take the group's next recording from pleasant to memorable.

Finally, while I love the simplicity of the group's album artwork, I wish Random Voices had included more information about the members of the group, where/by whom the album was recorded, and the songwriters.

The biggest surprises often come in small packages, and Lot 7 is yet another example of this lesson. In just nine songs, the group has done quite well to put its own brand and voice on its chosen offering of pop hits.

Lot 7 begins with a strong introduction. Bottom of the River does well at inviting listeners in and presenting a great sample of the overall sultry, smoky disposition cast over the entire album. The solo work is on point, and the backing vocals complement the soloist just fine.

The group's edition of Power is not quite what I was expecting. Rather than opting for another copy-and-paste cover, Random Voices has assembled a rather impressive tribute worthy of Yeezus himself. There's a seamless, well-executed handoff of soloists throughout the track that glides through most of Kanye's hits with sheer ease. And the vocal percussion breakdown in the ending? An excellent touch. The only issue some listeners might have is that it feels like there isn't enough. While Random Voices has certainly earned props for their impressive execution, the constant song shifting in some spots prevents the track from settling into a steady groove to give some of the individual songs enough "face time". This results in the medley sounding less like a true musical body of work and more like a technical showcase. Nonetheless, Power is an easy standout on the album.

Right Here (Departed) is a fascinating interpretation of Brandy. The intro sets the listener's ears up for a pseudo-folk pop vibe which then suddenly becomes injected with a danceable rhythmic backbone. I get a good sense that Random Voices isn't merely including Right Here as a simple tacked-on "change-up pitch" for their album. Instead, in fusing its own interpretation with the original, Random Voices has shown a solid comprehension of the genre that allows the song to mesh organically with rest of the album.

Toxic is another highlight from Lot 7 with dynamic appeal. The slower, sultry introduction contrasts well with the uptempo dance pop underbelly that naturally unearths midway.

The result of Random Voices's efforts on Lot 7 is an album that doesn't merely rehash but generally creates great new experiences out of its covers. With a concise, well-selected roster of songs, Lot 7 is easily one of the most refreshing albums of the year.

To order a physical CD copy, email the group at uclarandomvoices@gmail.com.