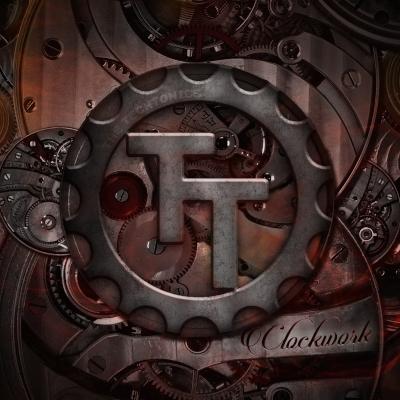 Clockwork by the Techtonics is refreshingly organic. There's never any doubt that everything is coming straight from the mouth. These guys from London's Imperial College clearly have fun together. The arrangements are a mix of wonderful to subpar, the beatboxing doesn't suit every song, and the blend isn't ideal, but the energy is infectious.

R.A.M. starts things off with a nice helping of feel-good vibes; it's a great start to the album. Unfortunately, Let Her Go falls flat for me. The "ja na na" in the background is distracting and completely takes away from the arrangement; it comes across as lazy. Things pick up again with Fresh, my favorite track on the album. It grooves like a legit dance track, but still has the playfulness I love best from this group. This track is representative of where this group shines brightest.

Best Of You starts rough. The arrangement sounds incredibly bottom-heavy for at least half the song. But once the high tenors are allowed to do their thing, the song really takes off. A few moments of cacophony, but it ends strongly. What kills me is the potential that is lost on She's Always a Woman. This is a beautiful arrangement that is absolutely ruined by a random percussion line that is forced onto it. There's not a single cymbal sound in there and all it does is maintain the tempo. It's like trying to enhance the beauty of the Mona Lisa by throwing a strobe light on it. It just doesn't work. If percussion is needed (which it isn't), it should enhance what's already there, not just keep the beat.

We return to the land of fun with I Believe in a Thing Called Love. When the background singers sang "Oh god, you're touching me", I laughed out loud. It sounds like a track from fifteen years ago, but the raw quality fits the rock feel. A real treat, which may not get much attention, is Grapevine Fires. This is sensitively arranged and performed, even by the percussion. It's not flashy in any way, but it drills down to the heart of the lyrics and the emotion of the song.

The album closes with Ain't No Sunshine. It starts off well enough, but after a surreal "I know" riff, the group hits a chord that makes me sit up and take notice. From that moment on, this track is as good as Fresh, and the album ends with a bang!

While the organic quality of Clockwork makes me nostalgic, it feels unpolished. I think the group needs to find a way to balance the fun with a musical style that they excel at so we can get the best of both worlds.

Clockwork is a fairly average album. The arrangements are not complex or innovative for the most part, the soloists don't blow me away, and I'm not left wanting more when the final note is sung. That's not to say that the group did not put its all into the album; it's just not a masterpiece.

For me, one main issue is the tone. As I listened to the album, specifically on Let Her Go and Best of You, the background was harsh in tone and distracted from the solo when that obviously isn't the intention. The chosen syllables are on the verge of obnoxious, and with the arrangement remaining simplistic, these syllables stand out even more.

The other issue is that the solos don't seem invested. I didn't get the rawness and emotion I was looking for, and instead just got the notes as written. Unfortunately, at the end of the day, the solo is still key to a song's overall value.

But on the positive side, there are two standout moments that'll draw your attention. The arrangement and production on Fresh are what I was hoping to see on the rest of the album. The arrangement keeps it simple, with long, held out notes and a call-and-response with the solo, while the production team takes it all the way with some great effects and tweaking that brings the song to the next level. And that key change in Ain't No Sunshine is just awesome. I don't know if it's the sustained high note or the effected crescendo or just the group locking in that exact moment. It's the highlight of Clockwork for me.

This album and this group are by no means bad. The Techtonics just need to clean up their sound, and once the group does that, their next album will be that much better.

Clockwork, the new album from the Techtonics at Imperial College London, checks many of the boxes for any all-male college a cappella album: tracks with high energy from both soloists and background vocals that the listener can bop and sing along to, slick vocal percussion and bass across all tracks, and great work from amazing producers to put on the final touches. With tracks such as R.A.M., Ain't No Sunshine, and I Believe in a Thing Called Love, the Techtonics deliver an album that provides a lot to like. And yet, I find myself coming back to one word: consistency. Or, in this case, a lack thereof across the entirety of the album. Even with the group checking most of the right boxes, it simply wasn't consistent across all the tracks, or, in some cases, across the length of a single track.

Ain't No Sunshine is definitely one of the highlights on the album. Nick Bradley delivers an emotional solo that is truly stellar from start to finish, and the dynamic build in the background vocals from the beginning of the track through the bridge and the key change is perfect. A big shout out to Alex Moore for arranging this track. I thought it was really smart to start the arrangement with just Nick, allowing him to shine and set the tone. The layering of each of the parts in the bridge segment with the repeated "I know" is well done, allowing the sound to build naturally with the addition of each voice part. Grapevine Fires is also well done from start to finish, featuring a beautiful lead from Ehsaan Shivarani that really captures the emotion of the track. In both tracks, the percussion and background vocals are balanced well to the solo, and the production work by Hugh Walker and Bill Hare on Ain't No Sunshine and Steve Ryan and Danny Ozment on Grapevine Fires ties everything together very nicely.

However, great editing, mixing, and mastering can't address it all, and while these last two tracks are well done, the tracks leading up to these didn't have all the boxes checked. For example, the opening track on the album, R.A.M. (a medley featuring tracks from Daft Punk's Random Access Memories), starts off strong and with a lot of energy from the background vocals and the two soloists, James Hay and Conrad Godfrey. However, as the track progresses, the track loses a lot of energy quickly, and there does not seem to be any sort of flow between the different songs in the medley. Rather, it is just a quick, and sometimes abrupt, change from one song to the next. I count at least five different songs from Daft Punk's album in the final arrangement, and I personally think that's too many songs competing for space. If the group focuses on the two or three tracks that fit together, and spend a little more time developing the transitions between them, this would make the overall arrangement more effective.

I agree with fellow RARB reviewer Kimberly Sailor's review for Let Her Go that the background syllables are too jarring when compared to the tone of the original that Passenger sets. A "ooh" vowel or even a "dm" would make more sense for this arrangement. This would also help with the dynamics of the track, which are generally too loud from the background vocals throughout, with the exception of the first half of the first verse, which is considerably softer than the rest of the track. Speaking of dynamics, I Believe in a Thing Called Love, which features an impressive lead from guest soloist Matt Mulholland (what a range!), is high energy from start to finish ... so much so that it seems the group gets a little too excited. Because of the louder dynamic levels, I missed a lot of the intricacies in the arrangement the first couple of times I listened to the track. For example, in the bridge "guitar solo", the group includes motifs from songs such as Neil Diamond/The Monkees' I'm A Believer and Cher's Believe, which get overshadowed by the guitar and aren't necessarily heard clearly unless you really listen for them. Either those motifs need to be brought out more by the soloist, or the guitar needs to be turned down to make sure that all of those little moments come through, as they are very clever additions to the bridge and should be showcased.

While Clockwork is a good second album, the group still has work to do in both arranging and overall musicality to make the next album sound elite. But, for those that like all-male collegiate a cappella, this is an album worth a listen.

This album is available for streaming on Spotify and can be ordered from iTunes, Loudr, or the group's website.