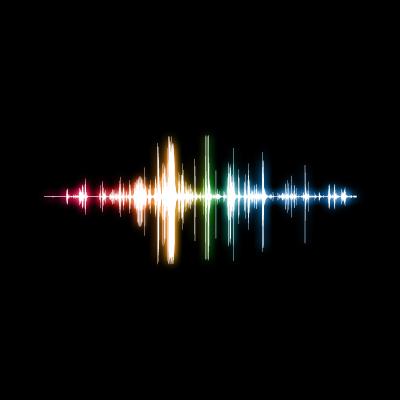 Voices in Your Head's LIGHTS is a breakthrough work for the group, and the new high bar for the collegiate genre. LIGHTS transcends the collection of unrelated singles, and eschews simple emulation. LIGHTS is an artistic concept seamlessly unifying originals and covers, studio wizardry and musical performance, blazing soloists and an expressive ensemble — all in a signature sound that is at once mesmerizing and thrilling.

Arranging is the centerpiece of this album, and as one would expect, ViYH makes exciting choices in their chords, rhythms and phrases. In this, they are neck and neck with the greats. But ViYH's use of tempo is the absolute cutting edge; more advanced and elegant than any other contemporary a cappella group in the world. About half the album displays these powerful tempo choices and they never cease to add just the right touch to the arranging, just the right alteration to the mood.

Award-winning alums, Chris Rishel and Bri Holland, join Will Cabaniss on recording and editing, and it's here that the impressive arrangements by Kari Wei, Shubha Vedula, and the editing team are merged with the studio magic that permeates the album. Purists be warned: electronic tone colors and impossible-to-perform sounds are common, and are sometimes featured elements of the arranging. But for those open to this increasingly common contemporary a cappella sound, the results are a resounding success.

Burn is brilliant, easily deserving of its many awards and accolades (Winner CARA 2015: Best Professional Arrangement for a Scholastic Group — Chris Rishel; Runner-up CARA 2015: Best Mixed Collegiate Song; RARB Single of the Year 2014). Creative tempo changes, unexpected rhythmic choices, heart-wrenching chords, beautiful use of studio wizardry, and gorgeous ensemble power make this track the must-have. That said, its inclusion on Voices Only 2015, BOCA 2015 and Sing 11: One Louder make it the probably-already-have.

Feel So Bad continues ViYH's tradition of fantastic, radio-ready, original material — still a rarity in collegiate a cappella. Rishel arranges and cowrites with powerhouse lead, Shubha Vedula, and the result is such masterful pop you'll swear the song was already an international summer hit. Vedula's soulful strut is the soloistic highlight of the album. But you'll be hard-pressed to choose a favorite between Feel So Bad; the Christina Aguilera vehicle Show Me How You Burlesque (Best Mixed Collegiate Solo, Runner-up CARA 2016); and the belty pop dance hit, Bang My Head, all of which showcase Vedula's many vocal charms.

LIGHTS' other original is every bit as strong. Waves, by and featuring the enchanting Piper Hill, boasts both a catchy, fresh melody and the album's most tantalizingly clever lyrics. The arrangement continues the album's deft handing of dynamics and studio magic, at times delving even more into artificiality in the backs' tone colors to achieve its effectiveness.

Also worthy of praise: Holding On's impressive gospel tenor, Tyler Neenan. His is a voice of richness and technical skill. Listeners will wish his solo were longer.

While Heroes Listen garners the most awards of the remaining tracks, and it's an excellent piece, it may be The Thrill that captivates listeners. Where most songs must choose, The Thrill strikes a perfect balance between groove and driving energy. The arrangement takes nothing for granted, each moment milked for everything it's worth: more dynamics and more expressive use of tempo changes.

Even the liner notes deserve praise (especially because collegiate groups are notoriously delinquent in this arena)! We're told every piece of information we need to know, and even treated to the lyrics for the two original songs. We even get a good look at our artists without resorting to the "clowning around clump" that graces so many college releases.

If there's any criticism, it can only be this: LIGHTS, the album, is a far different experience than Voices in Your Head, the a cappella group. This version of a cappella is bionic: part man, part machine. But it's all excellent. And that's what matters.

Buckle up aca-nerds, because LIGHTS is Voices in Your Head's best album to date. After years of focusing on quirky, boundary-pushing singles, the group has finally turned its focus back to making full albums. The result adds a level of focus and cohesion to the mad sorcery that fans have come to expect from ViYH. It's a blast to listen to.

This new level of focus is most felt in the pairing of soloists to songs. Voices in Your Head circa 2015-16 has a fantastic stable of Pop/R&B soloists, they know it, and they lean in to their leads' strengths by picking tunes that showcase them in all their glory. Feel So Bad, The Thrill, Holding On, and Show Me How You Burlesque all succeed in large part due to spot-on leads that feel both comfortable and authentic in their delivery.

Of course, while a great lead will cover many sins, it's the marriage of backing texture and tone that can really take a track over the top. Boy, is there a lot of that to love here. I invite my fellow nerds to get lost in the percussive "dng a nung a" of The Thrill, the kinetic virtuosity of the sudden color chords in Feel So Bad, and the nimble Dirty Loops-ification of Holding On. Credit to both the arrangers and studio engineers of LIGHTS who bring their "A game" to make sure everything is both felt and heard.

Perhaps my only real criticism of this album is that in swinging for the fences the group occasionally does a little too much, and gets a little too weird in ways that disrupt the musical experience. Listening to this album is a bit like eating a delicious bowl of macaroni and cheese, with just a handful of raisins mixed in to the sauce. Raisins are tasty, to be sure, but it might give you pause to find one inside a cheesy noodle. Such is my feeling when Waves, an otherwise fairly straight-ahead Alt/Rock tune, ends with a barbershop tag. Or when the group wraps up the predominantly electro, energetic pop of Burn with an earnest "drunnnnnnng" to simulate a guitar chord. Or perhaps when Ultralights throws so many different tunes and moments into the mix that I found myself thinking: "Wow, is this still the same song?!" These are decisions that feel born out of trying to do something cool, rather than letting the music communicate.

In my review of Voices in Your Head's previous work, The Singles: In My Mind, I wrote: "Voices in Your Head has always been a group locked in a struggle between their heads and their hearts." The struggle is real and, I would posit, is the cause of many of my nitpicks above. Yet, LIGHTS marks a big step forward for ViYH by adding a sense of identity and direction to the proceedings that we've never seen from this group before. To the fans: pick this up and enjoy, as I do! To the group: leave one or two raisins out next time, and you'll be golden!

If ever there was an a cappella album with a central theme that I've been looking for, this is the one. Voices in Your Head's LIGHTS revolves around such colorful sounds and beautiful arrangements. There's not a lot to criticize — everything is high-quality crafted, from the vocals and studio production, up to the visuals of the album art.

ViYH's solos complement with the background vocals well. I love it when the whole choir sings in choral-style arrangements (Burn, Holding On, Heroes Listen) — it's vulnerable, and cohesively mixed. As a pop group, the sound is not based on the usual Italian standards of singing — which surprisingly blends well together. As an a cappella geek, I find myself enjoying the journey of each movement of all of the arrangements. The "kung kang" and "dung ga" syllables could appear silly when read, but it interweaves perfectly in the arrangement of The Thrill.

This group is effortless in displaying its craftsmanship and artistry. The originals in the album are impressively integrated within the central theme without losing momentum. Feel So Bad could be a hit song if released as a standalone single. Huge respect to the songwriters Shubha Vedula and Chris Rishel (also the arrangers). Waves has a colorful arrangement and solo by the composer himself, Piper Hill, that I also enjoy a lot.

There's so much talent exhibited in this album, at times I think it becomes overwhelming after a few rewinds. At some point, I have the urge to add "screaming" before the actual group name. But as a group identity, I do believe that they have earned such a sound quality that doesn't sound like the other co-ed collegiate groups. My ears feel weary after a few repeat listens to the album; however, there are so many more nuggets of great moments that I can't even pinpoint the bad ones. The fatigue could be from the chesty belts or the repetition of the chesty vocal technique in almost all tracks. But believe me, those ticklish chords sound amazing when done at the appropriate times.

It's an easy decision to rate an album well when the group has a good reputation and is living up to fan expectations. Voices in Your Head's LIGHTS does not disappoint. To those who loved the group's previous albums, this one is on par with the quality and artistry that you love about ViYH.