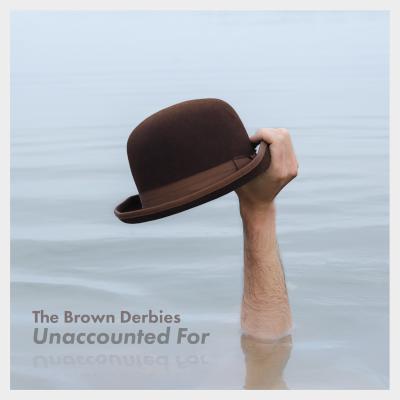 As I drove home from work on a chilly and overcast autumn evening while listening to this album, I came to a realization. Unaccounted For is fantastic background music. This album isn't flashy and doesn't reach through the speakers and smack the listener in the face. Conversely, there's nothing sour that makes the listener want to skip over this album. It's happy medium where the album becomes a classic "No Problems Here" compliation.

Many of these songs have been arranged in a muted way. Chandelier is a strong example. Russyan Mark Mabeza's solo over Jeff Baum's arrangement contains hints of power, but this track is rooted in the build and not the big moment. The key change and the open vowel shift in the background hints at this song becoming an anthem. However, shortly after the climax, the soloist sacrifices power for muted falsetto runs and the song is back to being more melodic — a presentation of the soloist's skill rather than power. It sets a tone for the rest of the album.

While it may be lacking overall power, the track list really does play well to the individual strengths of the members. Unaccounted For has a large number of high tenor songs: Weight in Gold and Not in That Way both have these glorious soloists in Ryan Joudeh and David Cohen respectively. Both soloists operate very well within their falsetto ranges and create a very calm aura on these tracks. However, while the soloists are great, I would love more dynamic contrast. Weight in Gold continues to grow, but never uses soft dynamics in the heart of the song to make the loud dynamics more defined. Once the Derbies are loud, there is no returning to soft until the next track. Not in That Way is the exact opposite, because there is a lack of a climax — while it is relatively clear where that climax should be — there is no dynamic contrast.

However, while other tracks have this tendency, the best part of the album is listening to the entire thing together. This album has swells and drops. The little flaws across each track fade away, and the overall product becomes a soundscape. This in turn creates the fantastic background music. Instead of looking at albums like a collection of photographs, Unaccounted For is like a panorama. Look again at Weight in Gold —  if the dynamics were continuously growing, it might be too much for one track. If this track in itself became the climax for the entire album, the lack of softer dynamics is fully fitting, resulting in a longer climax relative to the song, but proportionate relative to the entire album. I don't know if this was the original intention of the group, but I really like the way this album turned out in that regard.

Overall, I think Unaccounted For creates a bit of a crossroads for the men of Brown University. If the point is to create a soundscape, then the Derbies can venture forward to find better ways to do so (such as having a very meticulous song selection for a theme and more work into the rise and fall of an album). However, if the goal is not a soundscape, each track needs more work to utilize smaller changes in dynamics to bring out the best in each song. Either way, I think the Brown Derbies are definitely on to something here, and I'm excited to see what they do next.

The Brown Derbies' signature all-male collegiate style and sound hasn't faded after all these years. These guys enjoy their craft and it's pretty evident with every cover they sing. Unaccounted For has everything that their fans will surely love. However, I don't think it is enough to attract new fans to consider buying their album. The Derbies will need to step up their arrangement style and solo performances to do that.

The first half of the album is lined with anticlimactic arrangements. The passages where one would expect to have majestic moments are not highlighted enough, such as in Chandelier where the change key is supposed to launch the song into a great arc, but to no avail here. Kevin Cowles's solo is at least noteworthy in Shape of You but the arrangement and the dynamics used do not give a better build-up to end the song with a bang. It goes the same with the next two tracks (Slow Dancing in a Burning Room and Don't Wanna Fight) — same trend, same story, no arc.

The second half sways me more. The solo performances are more convincing and the arrangements have a good build-up. Ryan Joudeh slays his solo in Weight in Gold and Let It Go. Oliver Hu's arrangement of Cold Water rides the tides as part of the second half of noteworthies, as well as his solo performance with Corey Morrison. Though perhaps my favorite track on this album is The Walk. It doesn't feature any tricks but it captures the rhythm and blues feel of the song and it makes me realize that I totally dig R&B/neo soul songs done a cappella. Lastly, this can't be a Derbies album if it doesn't have a Telephone Message track. If anybody wants to update their answering machine music, the Derbies have your 2017 version.

The great moments on this album do not make the work's full potential great. I hope the Derbies start to take it up another notch by making each cover song a chance to show their fans that they're not just some all-male collegiate group — but real deal artists.

The Brown Derbies have stepped up their game. Unaccounted For, the group's twelfth album, does a good job marrying a traditional a cappella sound with modern pop. I like it. The album includes beautiful swells and a background replete with "ooh"s and "ahh"s, but also uses modern production to capture the best of both worlds without being overproduced.

The album starts with the best track: Chandelier. This song is on the list of over-done a cappella songs, but the Derbies' arrangement brings something new to the table. The arrangement has a build that shows off the background and allows soloist Russyan Mark Mabeza to shine. Mabeza's execution of the second verse and beginning of the second chorus at 1:47 (opting for a tender falsetto as opposed to a belt) sends chills down my spine. The group then throws a well-timed key change in to boot.

The innovation and execution in Chandelier, however, doesn't always carry through to the other tracks on the album. At times an overreliance on syllables like "dim", "doh", "ooh", and "ahh" saps energy from the background and makes the track forgettable. Many arrangements are boilerplate. Cold Water falls into this category — there's nothing wrong with it, and it's well-executed, but it doesn't add much to the album. In general, any of the songs with average scores fall into this category. In the future, the group could tinker with its arrangements to create more engaging backgrounds.

With that said, the soloists on Unaccounted For are well-suited for their tracks and, in general, do a great job. It is obvious to me that Pratul Tandon on Don't Wanna Fight and Ryan Joudeh on Weight in Gold are both invested in their songs and invested in performing them well. Tandon does an especially good job channeling the attitude and intensity of the original. These examples showcase just a couple of the top-notch talent that the Derbies bring to the table.

I also think the step forward on this release came from the production team, which addresses many of the gripes from prior RARB reviews. The use of dynamics (those swells!), vocal percussion, and a focus on a unified sound all contribute to the album's above-average score.

Also, I love the last track, Telephone Message. A cappella can be fun, too.

Unaccounted For also streams on Spotify.