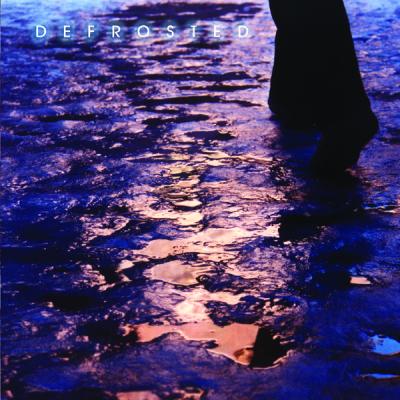 I'm pleased to report that with their sixth album, Mosaic Whispers continues to produce quality collegiate a cappella. That said, while the whole is often much more than the sum of its collective parts, in this instance, I'm much more enamored of many of the collective parts than I am of the whole.

One of my biggest concerns in listening to their last album, Against the Grain, was the natural attrition the group would suffer as certain talents graduated. Well, the Whispers have solved that problem in two ways. One, they've developed some new VP'ers, most notably Chris Hendricks, who may not be able to replace my memory of Ben Cohan, but certainly comes close. Two, they've kept Ethan Bailis' arrangements around — four of the ten tracks on the album come from this '01 alum — and it's not so surprising that three of the four represent some of the best work to be found on this CD.

Oddly enough, my problems with the other six tracks (and with Bailis' Every Little Thing She Does Is Magic) are in direct contrast with the faults I found with the Whispers' last effort. Whereas previously, the ballads lacked character and inventiveness while the uptempo tracks were usually quite complex and interesting, this time the few slower tunes are well-rendered and the upbeat selections all exhibit one or more of a variety of issues. There are a number of instances where certain sections sound distinctly out-of-tune (the lower voices in the opening track, the men in Every Little Thing…, several different voice parts in Ghost, altos in Steal My Kisses, sopranos at the opening of Holding Out for a Hero and elsewhere) and a few places where the production, which is generally good, does a disservice to the music (solo mixing on Every Little Thing… and again on Be Careful, and bass/VP mixing on Holding Out For a Hero, among others).

The two most consistent problems, however, are a lack of coherent, in-the-groove arrangements and a far too treble-heavy sound overall. The treble-heaviness is the least excusable because it should be easily fixable, and indeed, there are places on the album where the basses are given their proper placement (e.g., Run; Only In Dreams), and the group comes alive with a much fuller sound. But more often than not, the basses, and occasionally the VP, are mixed into oblivion and the sound, while loud and wet, still comes off thin. On the arranging front, the Whispers are blessed with all of the necessary performance elements — good VP, solid soloists, and a group block that at times can sound wonderful. But more often than not, the arrangements on this album do not show them off to the best effect — whether it's moving lines or arpeggiated accompaniments that are too hard to keep in tune, bass voicings that are too high, chord inversions that just sound wrong, or overly busy backgrounds, the bulk of the tracks never quite find the pocket. Would that the production quality, arrangements, tuning and performance on all the tracks matched those found on Run, Be Careful and Only In Dreams, and this would be a far different review.

Notwithstanding all of that, there are a number of highlights to be found as well. The Whispers have always impressed me with their soloists and this album is no exception — indeed, I've just founded the fan club for Whispers soloists whose names begin with the letter J. Jessica Elbert was known to me from Against the Grain and her work on this album is once again first-rate. Julie Kravitz is wonderful on Be Careful, but I think my highest praise is reserved for Julie Schutzman, who has a number of moments to shine and who was definitely light years better than the rest of Holding Out For a Hero. And while it's pretty fabulous, as live tracks go, I only wish the album had included a studio version of One Sweet Day, not because I like the song (I don't), but because it sounds like Jessica and Julie S. really tear it up and I only wish I could hear it better. On the male front, the standout is Aaron Winkler. Based on my earlier comment, it probably won't surprise you that he is the soloist of record for Run and Only In Dreams (the latter, in my opinion, might be worthy of a CARA nomination). The only soloist not to my liking was Addie Ogunwole, who has a perfectly fine voice, but one not ideally suited to Every Little Thing…. She more than makes up for it with her arrangement of Be Careful — wish she had arranged more on the album.

All in all, Defrosted is an album which preserves my interest in Mosaic Whispers but once again falls short of greatness. The turnover in collegiate a cappella is a built-in pitfall, so on the one hand, it's a tribute to the Whispers that they've continued to put out commendable work. But it's perhaps a bigger tribute to that highest echelon of collegiate a cappella groups in whose company I've always wanted to see the Whispers, but with whom, at least based on this album, they cannot yet compete.

Mosaic Whispers' latest album, Defrosted is a great album. I have reviewed their past two releases, Against the Grain and Throw Your Pennies at Someone Else, and this one surpasses both of them.

The group may have lost a few of the stars of the old group, but they haven't lost them entirely. Alumni Ben Cohan and Ethan Balis contribute half of the arrangements on the album (one and four, respectively). The arranging is overall of a very high quality, and perhaps the group will leave the alums behind in the arranging on their next album.

The group has also gained some new stars. Julie Kravitz and Darius Bates are just plain good (Cuidado and Big Yellow Taxi). But what am I saying ... all the soloists are good. I won't name them all, but they are all good.

I did think it was odd to open the album with Whenever, Wherever, which is the only recorded track with significant pitch issues and lacks the fun energy of the other tracks.

Most of the arrangements I have heard of Ghost have been very simple chords. This arrangement is much more interesting with some difficult moving lines in the alto/tenor parts. The soloist has a great voice, but I wish she had let things build more.

Also, Big Yellow Taxi has been done to death, but the Whispers change things up by starting out with a Victrola record effect and shifting into an R&B version with the Victrola solo as a hook in the background and a nice rap from someone who can call himself a rapper — Darius.

Holding Out for a Hero is a great rendition with a great soloist, and with its solid arrangement, holds its own against another recent cover, The Dischords' version on Changes, which has more rocking percussion and a soloist with a richer tone.

Jessica Elbert is phenomenal on One Sweet Day, a LIVE recording. It is too bad that the quartet behind her is inconsistent and pitchy in parts. She wails like nobody's business without a single bad spot in the entire (difficult) solo. They could have recorded it in the studio, and it would have been better, but it is still an amazing job for the group.

The closing track is a Weezer song, Only In Dreams, which just happens to be one of my husband's (m. March 20, 2004) favorite Weezer songs. And he was happy with the Mosaic Whispers' version, which says a lot. The track really captures the feel of the song.

So what are you waiting for? Add this to your collection.

The Mosaic Whispers' last album, Against the Grain, received excellent reviews on RARB and contributed a fine rendition of Janet Jackson's Rhythm Nation to BOCA 2002. I was expecting to love the follow-up, Defrosted, but I was disappointed. If Against the Grain is really as good as my colleagues said it is (I've only heard the one BOCA track), The Mosaic Whispers have taken a big step backwards with Defrosted. It's a decent yearbook album, but nothing more.

Like so many yearbook albums, Defrosted gives indications that there is an excellent group hiding behind the mediocre product. The group's arrangements, complex and creative, are its strongest feature. (The one exception is Ghost, which relies too heavily on arpeggios.) Ethan Balis's brilliant reinvention of One Sweet Day elevates the song from maudlin to sublime, but the live recording is plagued by terrible tuning and rampant balance problems. Such sins are forgivable for a live track, but this was the wrong arrangement to ruin. The album's one true keeper track is the last, a slow-building, perfectly paced rendition of Weezer's beautiful Only In Dreams that highlights the group's wonderfully nimble bass section.

But many problems keep the album from being all it could be. The tuning on the studio tracks is very tight within the block, but the soloists all sound slightly flat — most likely an engineering error. The block performances are timid, most notably so on Run, and complex rhythms tend to not quite lock. Vocal percussion is lackluster; the group has not yet produced a worthy successor to the wonderful Ben Cohan. The minimal production doesn't help the album either; the block sounds dull and distant.

The Mosaic Whispers' soloists are a mixed bag. Many are excellent. Elena Awbrey showcases a beautifully pure soprano on the Joni Mitchell half of Big Yellow Taxi, much like Ms. Mitchell herself before she smoked her voice into oblivion. (An ill-conceived scratchy vinyl effect somewhat limits the listener's appreciation of Awbrey's talents.) Julie Kravitz's gorgeous, sultry alto on the Janet Jackson half of the song and the Madonna half of Be Careful is another major highlight. Jake Milder shows off an incredibly rich baritone on Steal My Kisses, and Adeola Ogunwole is gutsy and powerful on Every Little Thing She Does Is Magic. Some of the other female soloists are shrill and grating (Annie Mancini, Katie Hershey, Julie Schutzman), and some of the other male soloists are thin and weak (Darius Bates, Aaron Winkler).

Despite the album's title, it doesn't seem as though the frost has fully cleared for the Mosaic Whispers. Maybe next time around.

To order CDs, visit the group's website or email sales@mosaicwhispers.com.