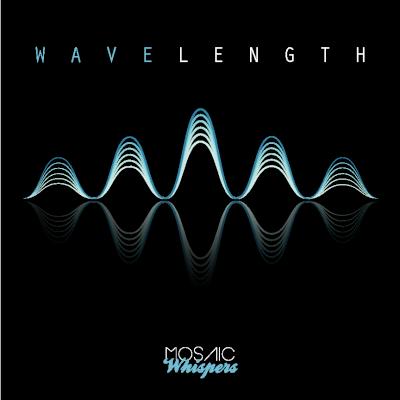 It's rare that I start off a review talking about production, but it's the dominating issue for me on this album — both the good and the questionable — so I can't help myself. Yes, the album name is Wavelength, but for me, it feels (at least a fair chunk of it) like it should be called Clicktrack.

What do I mean by that?

Well, I can't say for certain if the talented Ben Lieberman of Audiogenix utilized a click (given his experience and client list, it's reasonable to assume), but if he didn't, it's that much harder to explain why so many of the uptempo tunes covered here feel so painfully rigid, slavishly adhering to the beat at the expense of feel and forward momentum. Yes, the vocal percussion sampling and looping is fantastic throughout this album (okay, the clap on There Goes My Baby was a little annoying but that's probably my only vp quibble), but it isn't a substitute for drive and energy and groove from the singers. It's even more frustrating because you can hear the intensity in the voices and you want them to truly work it out in Crazy In Love and the aforemntioned Usher cover, and rock your world on Under the Bridge. But whether the restraint was there in the original performance or is a by-product of the "gridwork" done in tempo and pitch editing post-production, it's such a shame because it robs these absolutely solid efforts from truly being great.

The other production issue that works to the group's detriment is the homogeneity of the sound palette utilized. The group is covering Beyonce and Luke James and Sara Bareilles and Walk the Moon — quite frankly, these groups do not sound the same. Here too, there is a plus and minus. The blend is a lush, full one, and the overall sound is present and appealing but some of these tunes don't want to sound that lush and that full. Like many an unsuccessful a cappella cover of, say, Mumford & Sons, Iscariot needs a hollower, folkier sound and needs the imperfections inherent in the original — it's what gives the song its character. There are moments in the original of Stay where the strings mixed with the electric guitars do indeed offer a rich, warm background, but this is a bluesy tune in its soul. Ethan McMahon's solo, doing well to mimic the earnestness and desperation of Ed Sheeran's original, is what elevates Give Me Love but these three songs — poorly placed in succession — could have been so much better if they all weren't painted with the same sonic brush (a mixed metaphor if ever there was one).

What may be mystifying to some is that I also think the album is quite good and most enjoyable. I don't give "4"s lightly, and this is no exception. It's just the frustration of what could have been. To a less critical, more casual listener, this is mostly popular repertoire, offered with slick, polished production, and mostly transcriptive arrangements that don't innovate but also don't disappoint.

I would also be remiss to not mention Interlude, which is hands-down my favorite song on the album. Not only is it an original, but it's original vocal jazz with a touch of R&B/funk! From a collegiate group no less! Indeed, while I'm making "I wish" lists for the Whispers, more of this would be oh-so-welcome. It's fresh and different and interesting — in a way the rest of the album can't quite match. And it's not just because it's original. It's one of the only moments on the album where all of the component parts — composition, arrangement, performance, production — truly mesh. More of that is what you should be chasing.

Wavelength is sonically-styled to crisp perfection and arrives with a deep line-up of superb soloists. This means that the uptempo songs could easily land on any Best Of compilation, but the backgrounds on the ballads, very audibly worked, lack the raw musical pulses and grit a listener needs in ample measure to fully connect. But, uniformly polished is still polished, and hot leads are hot leads, so if you're a collegiate a cappella fan, you'll find enjoyment through Wavelength. I know I do.

The production here is a little more noticeable than usual and I'm guessing will get critiqued more, because the engineering gives some of these songs a very different sound than expected. And often that's what "creating your own version" is all about, right? Crazy In Love is wonderful under this method, because somehow, it comes across as more elegant than edgy. It's still danceable, but there's a definite refinement, too, courtesy of Mr. Lieberman's touches. Add a commendable take on Beyoncé from Hannah Lacava, and yep, we're all listening. Conversely, Give Me Love frustrates me under this approach, because soloist Ethan McMahon is so passionate he's often on the brink of becoming undone — a vulnerable, intimate state that no producer can create — but the backs aren't permitted the same emotional freedom as the lead; they're shiny and tight, and basically mechanically perfect. The backgrounds of Iscariot undergo a similar problem in their tightness, which is especially audible in the crescendos.

Two tracks stand out, one for the creativity it brings, the other for a lack thereof. Interlude is an original, infused with a delightful jazzy swing that's easy to get carried away in, beautifully lush chords, and a strong sense of vocal ownership. The track prior, Under the Bridge, is the weakest track on Wavelength. The song has sentimental value to the Whispers but sticks out for its soloist, who has good intensity, but is too focused on his Red Hot Chili Peppers theatrical swagger.

The strong ending of Wavelength feels like the group could roll out a few more tracks right here on this release, marking 24 years for the Mosaic Whispers. Perhaps there's a 25th anniversary album in the works?

Wavelength. Reading the word evokes impressions of science and sound and crests and troughs and pulsating energy. Listening to the album, I'm pleased to report that my impression is much the same. The Mosaic Whispers are a co-ed group from Washington University that have been singing together for 25 years, and this album shows they know their way around the recording studio. The treatment of pop hits is scientific, the sound is prolific, the amplitude dynamic, and the energy is surging through every stage of recording and production.

This album hooks you in with Hannah Lacava's very first note on Crazy In Love. Lacava does Beyoncé just as well as Beyoncé does Beyoncé, and when the mash-up switches over to just plain Crazy, she aces Gnarls Barkley too. The backgrounds support her with dramatic swells and punchy accents and grooving percussion. Revisiting ten-year-old chart toppers often results in raised eyebrows, but arranger and director Cassie Parks has found a way to make these dated melodies fresh and fun. Jumping in at the crest of the wave gets you excited for everything else the Whispers have in store.

The next five tracks are on the exact same wavelength. I Want You, Lights, Give Me Love, Stay, and Iscariot all feature silky smooth and expressive soloists on top of dynamic, richly-textured backgrounds. They all follow a similar trajectory from mellow, somber intros to catchy choruses and big rousing climaxes. Lights is the most addicting of the bunch, driven forward by Elizabeth Drake's lead, Jeremy Sandler's upbeat percussion, and sound engineer Ben Lieberman's mesmerizing delay effects. Iscariot is the most beautiful, with lyrics, composition, and execution so earnest you need a handkerchief by the closing chord.

The momentum dissipates through the last three songs on the album. Where the Crazy In Love medley is refreshingly new, Under the Bridge is clumsy and stale. We all know how it goes, and we don't need to hear another stab at putting syllables to those guitar riffs. Interlude is an impressive original composition from the group, but stylistically doesn't quite fit and doesn't get the same gusto as the other tracks. There Goes My Baby starts at a crawl, and aside from some cool pre-chorus harmonies, never really gets out of the trough. The end of the album is technically just as strong as the beginning, but there is a difference in taste and intensity that isn't as fitting for the otherwise enthusiastic Whispers.

Science! Somewhere out there is a formula for making pop songs that are at once familiar and unique, predictable yet powerful. The Mosaic Whispers have just about nailed it. Even the cover art has a futuristic elegance that makes this album pop. If there's one thing I would love to hear from the Whispers, it would be to derive arrangements less literally from the original instrumentation and more from the core harmonies and rhythms that give their music so much energy. With the vibrant soloists and smart song choices on display in Wavelength, the Whispers could undoubtedly keep doing what they're doing and sound great doing it. But what's science without progress?