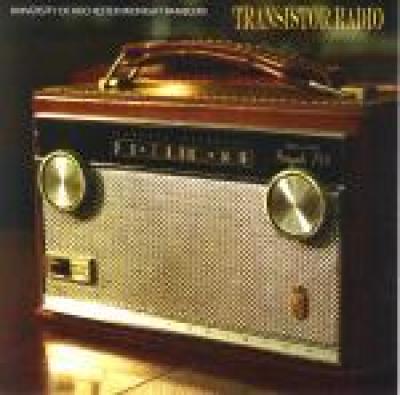 Jam band music does not translate well to collegiate a cappella. That's the kindest way to explain the Midnight Ramblers, a well-meaning men's group that has made a very lackluster new album.

The tuning is bad, the solos are game but unmistakeably amateur. To be fair, I think the repertoire deserves some of the blame. I think these singers might have done ok with some straight ahead '80s synth pop. Some catchy melodies and a little bit of built in cheer could have done wonders. Instead, we get blurry guitar-driven tune after blurry guitar-driven tune, livened up in the arrangements by some cringe-inducing jamma-jumba-jimmies. The two Phish songs (tracks 1 and 10) and the two Radiohead songs (three and four) compete for weakest tune, while the Coldplay Green Eyes arrangement has the worst syllables.

It doesn't have to be this way. Even if the group doesn't get much better, they can do themselves some favors. More uptunes would be a great start. The group actually does ok with the snarl of Rebel Yell or the loud momentum of Anthem of Our Dying Day. The Wanderer has tuning that sinks as low as some of the stinker tracks, but it's saved by a simple doo-ooh arrangement and a nice little groove. Hell, the Ren and Stimpy tune (Don't Whiz on the Electric Fence) has way more soul than the wannabe-Phishsters. Plus, it's good for a laugh.

One last suggestion — make the baritenors tune. There are some guys on the middle parts who have wispy little voices yet manage to kill chord after chord after chord. When you don't have the world's greatest singers, it's really important to drill, drill, drill on that tuning. Makes all the difference in the world.

In the meantime, I bet the Midnight Ramblers had fun singing their songs and making their album. It's a better record of good times than good tunes.

I'm not entirely sure how to phrase my reaction to Transistor Radio, the sixth album from the University of Rochester Midnight Ramblers — perhaps "underwhelmed" would be the best word.

Fifteen members strong and fresh from a third place finish at the 2005 ICCA's, I was excited to check these guys out for the first time. While the results were not bad, they certainly fell short of my expectations given their pedigree and the word-of-mouth that had reached me (despite somewhat lackluster reviews by RARB for their most recent prior efforts).

In the past, I've taken issue with group size — specifically, when a group ceases "feeling" like a modern a cappella ensemble and takes on the properties of a mini-glee club. But if you have 13, 14, 15 people in your group or more, at the very least, please sound like you do and use them to fullest advantage.

No such luck with the Ramblers, who, with a few notable exceptions, rarely take advantage of their size. They turn in arrangement after arrangement of nearly unison rhythm backgrounds that often rely on awkward syllable choices. Those syllables almost seem selected for their novelty rather than for their resemblance to instrumental sounds or their ability to be combined with other musical/harmonic layers to create texture. Since these syllables are often the only layer, there is no texture and so they just stand out like a sore thumb. The Bends ("JEM-JEM-Je-GETS-Jem-JIGga-Ah-Ah") and Green Eyes ("Wah-ooh-chinaba, wah-ooh-chin-aba, chin-aba, chin-aba, chimba, chemba," stand/talk, and later "Jigaba, jiga, bajiga, bajiga") are probably the worst offenders in this area.

I suppose there is something to be said for unison rhythms in the background, when the more complex arrangements yield tuning issues. For the Ramblers, this is not an infrequent occurrence (it's not widespread, but it's a little too prevalent to be excused). No Surprises is perhaps the guiltiest culprit in this area; though Daniel Israel is well-intentioned, a harmonically complex arrangement does the group no favors.

Really the opening track, Phish's Simple, is probably the best all-around selection the album has to offer, opening with a well-executed build to a layered verse arrangement that develops and shifts nicely at the chorus. That the first and second verses and choruses are arranged identically is a tad disappointining. The ending a bit boring, too, but it's somewhat forgivable in the context of the ironic, quirky musical world that is Phish. To a lesser extent, Rebel Yell is also a commendable effort, but it's lacking in an explosive arrangement for the chorus and the soloist is desperately in need of some reverb, some more volume, and placement at the front of the mix. Instead, he sits buried in the middle. The tracks at the end of the album are also not bad, but the Ren & Stimpy cover is mainly a trifle, and the Phish cover is too short to be meaningful, while the cover of a Da Vinci's Notebook cover is well done but kinda pointless.

I will say that The Midnight Ramblers definitely have all of the ingredients to turn out a far better album so here's hoping "7" is their lucky number, and I'll look forward to hearing their next one.

Some albums need to hang in the air a few times before they sink in, but the Midnight Rambler's Transistor Radio is easily accessible and kinda fun. I knew almost immediately which songs I would be keeping on my hard drive, but it wasn't because of great singing. The Midnight Ramblers are middling singers, but the group's arranging skills and selective prioritization in the studio make Transistor Radio a worthwhile listen.

The Ramblers are mediocre singers making the best of what's around. The group's arranging reveals that, intellectually, the guys know how to make good sonic judgment calls. Yet they aren't blessed with refined singing technique, strongly identifiable style, or rich, colorful voices that blend easily. Instead, the Ramblers sound like fifteen guys who sang casually in high school choir, unwilling to audition for the elite singing groups that would have imparted greater skill. Pitch and blend are spotty but forgivable. Blend and balance verge on bursting at the seams when the group goes for explosive impact.

Elie Landau mentions in his review of The Dear Abbeys that many recent albums are arranged unimaginitively, relying on overactive percussion to drive songs through boring block chords. Transistor Radio is not one of these albums. Despite average voices and musicality, the Midnight Ramblers understand songs. The group's insight into the Separation of Verse and Chorus (Rebel Yell), the Emotional Cycle of Intros and Endings (Rebel Yell, Anthem of Our Dying Day), Wall of Sound Built from Discrete Components (Simple, No Surprises), and the Thickenings of Dissonance (Mr. Brightside, No Surprises) is an enjoyable reminder of arranging in the Age Before Overly Sequenced Percussion.

The Ramblers use the studio to bring out these strengths, but they only selectively address their weaknesses. The arranging and balance are artfully mixed. Layers come and go as they should and the ear moves around a song just as the group intends. The group's vocal percussion is excellent, with advanced drum kit sound mixing and good drummer-like patterning. The group takes care to vary their drum kit sounds, complementing snares with pitched tom rolls and clean cymbal splashes. Each song's vp is fresh and appropriate to the song. The Bends features vp that's clean and sharp as a butcher knife, with nuanced reverb and delay mixing. Yet the care taken with the vocal percussion is clearly lacking on other technical aspects of the studio work, mainly intonation. Pitch is inconsistent within songs; the group often nails the tuning when it counts but leaves less critical areas blotchy (The Bends). The bass lines are reasonably well sung but could use a more meaty treatment, with more thump to hold its own against the vp.

Transistor Radio shows guys smart in the ways of college a cappella, but a little deficient on singing skills. I prescribe a lengthy regimen of challenging musical exercises as warm ups for rehearsals and some more singing in stairwells. In the meantime, the Midnight Ramblers should be happy to have pieced together a respectable album.