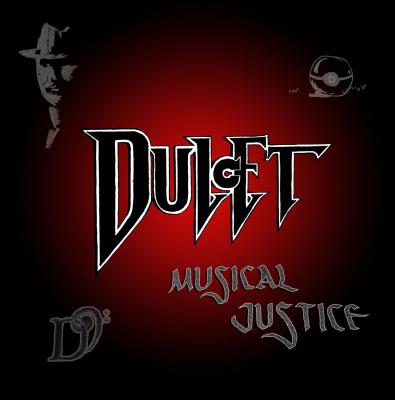 Musical Justice is not perfect but it is excellent. Four good songs, presented by bright, charismatic voices. The arrangements are cheerful and uncomplicated, but not boring. The production is basic and clean. Overall, it's a lovely introduction to any group, let alone a startup like Dulcet.

According to the liner notes, this group was founded in 2005 at Southern Oregon University. Those brief words don't quite convey the accomplishment of this album. SOU is in Ashland, Oregon, which is a very nice place that is far from everywhere. Even the interstate in those parts feels twisty and obscure, albeit beautiful. As I can attest from my own rural Oregon days, it's hard to make collective, innovative music in such isolation.

And yet Dulcet did, and smartly, too. There are only four songs on this record — four good songs — rather than ten so-so tracks. The arrangements have a light energy, despite the group's relatively large membership. They are not that complicated, just some rhythmic block chords overlaid by decorative and danceable moving lines. The style is well-suited to the 1980s (and '80s-esque) repertoire. Those choral chords actually update the sound, while the source material is bouncy enough to keep everyone grooving along. Plus the soloists are good.

Even though this group is new, they weren't working in a complete vacuum. Dulcet's album was mixed and recorded by Peter Hollens, a former University of Oregon star who knows his way around the acappellaverse. Hollens has a deft touch here — he lets the core voices shine through with just a little extra polish to help listeners connect. Musical Justice is a lovely, joyful recording from this brand-new group. Here's hoping for many more.

Musical Justice is the safe, ultimately uninspiring EP album from Southern Oregon University group Dulcet. With only four songs and not a single one perfected, it's as mediocre as collegiate a cappella comes these days.

Its scattershot production values (even within one song: Take On Me offers a variety of percussion, none of which seem to work) and numbing, uninventive arrangements seem to come straight from the book. Get It Faster, however, breaks one of the cardinal rules: "Thou shalt not have the background sing the main lyrics as syllables unless it sounds really, really good", and unfortunately, it doesn't. "I don't care ‘bout you / don't care ‘bout me / don't care ‘bout you…" doesn't function particularly well as an opener, especially with poor blend and what seems like missing vocal parts. Its sloppiness further abandons the listener.

No Rain has a more promising intro, but when the lyrics come in, half of the voice parts drop out and the listener is forced to fill in the void with his own memory of what it's supposed to sound like. On that matter, the soloists are as unsophisticated as the arrangements. Sure, they sing in key, but stylistically, they are bland and colorless.

Numb/Encore is the only piece that offers insight into Dulcet's potential creativity, but again, the execution of the performance and patchiness of the arrangement leave more to be desired. This piece suffers from what I call the four-beat breath, where the rhythmic patterns of the backgrounds are confined to one measure instead of staggering across multiple measures on different downbeats, resulting in an audible emptiness on beat four that leads into beat one of the next measure.

Emotionally disconnected and stagnant, Musical Justice is unjustifiably ordinary. The album feels more like an exercise in a cappella rather than the result of hard work and effort. The results, thus, are mixed, and altogether uninteresting. It's one of those albums that friends and family will love, but if they knew how advanced a cappella has become over the last few years, they'd see how dreadfully average this album is.

Proving that one can cover A-Ha with ease, Chris Carwithen nails his solo on Take On Me. Carwithen is hyper-precise and expressive, a difficult combination to pull off given the song's expansive range. Take On Me is also the overall strongest track on Musical Justice, with a fun arrangement, slick production, and lots of lively energy. If Dulcet can create a full-length album to the level of Take On Me, look out world.

Also satisfying, Get It Faster, No Rain, and Numb/Encore are all solid, but don't dazzle as much as Take On Me. Get It Faster offers another great soloist with Holly Edwards, but the content becomes redundant. The same can be said of Numb/Encore, which has an incredibly promising in-your-face opening, but becomes too repetitive with the "jow jow" blocks. The hand-off to a female soloist on Numb/Encore really provides a necessary mid-song refreshment. No Rain is the strongest of these last three tacks, with lots of thoughtful movement in the arrangement and a feel-good groove.

With their great start and guidance from Peter Hollens's experienced hand, Dulcet will certainly flourish.