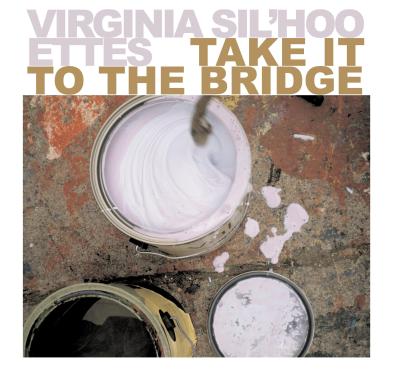 While some soloists have great voices that will only get better as they mature, a few of the ladies are already there. If Happiness Chijioke is not nominated for Best Solo in the CARAs for her work on Wreckless Love, then there better be two Arethas, a Christina, and an Etta beating her out. Close behind her is Amanda Reid on Nothing Better to Do. I could and have listened to both of these tracks over and over again.

I expect that we will also see Sara Dougadir recognized for her wholly effective arrangements. Thin arrangements can be hidden by thick enough production, but hers stand on their own.

Few albums are perfection throughout, and I have two issues with this one. First, the soloist gets a little grating on The Story, particularly when she jumps up an octave and belts it. The repeating "nir nirs" in the bridge are also annoying. Note: this is not a Dougadir arrangement.

Second, I am disappointed with Redemption Song. This is a beautiful piece; a phenomenal Dougadir arrangement that could have been the crowning closer to a great album. But it sounds like it was recorded with one mike in a dead room. Note: this is the one track not produced by James Gammon.

My goodness. Not to worry, the Sil'hooettes are still delivering some of the finest female a cappella in all the land. Artful and entertaining, confident and flashy, Take it to the Bridge is a definite must-own for all.

The solo work on Take it to the Bridge is the most prominent and exciting aspect of this album. Honestly, I'd buy a solo album from any of these ladies, who so capably cover legends like Pat Benatar and Annie Lenox, and show up powerhouses like Alicia Keys and Carrie Underwood with ease. Collectively, this has to be among the best solo work recorded in the college a cappella arena. Specifically, don't you dare miss Jenna Pastuszek on The Story and Happiness Chijioke on Wreckless Love. Whoa, do these ladies put it all on the line.

The production value here is sky-high, with James Gammon outdoing his usual stellar skills on multiple tracks. Crazy sounds like a radio masterpiece, something you'd except from top Coldplay or Radiohead engineers. The depth, the dazzle! And the delicate pulsing beauty Gammon creates under Say (All I Need) leaves one breathless. What an outstanding relationship between a very talented group and a very talented man at the board.

Some of the best arrangements are the kind that pass over you in perfect agreement, absent of jarring moments and poor choices, and heavy on "that was lovely!" moments. It's hard to single-out particular arrangements on Take it to the Bridge when they all flow so wonderfully from one to the next, each engaging and appropriate. More kudos to these talented ladies who so clearly understand their instruments and make the most of their full group sound.

Trust me, you'll enjoy this album, and so will your friends. Buy it by the dozen!

Take it to the Bridge is a solid step up from its predecessor, Sauce. The Sil'hooettes display a better attention to leads and choose some really interesting songs, which serve them well. It's a nice album, and this group is still a pleasure to listen to, yet a few elements still leave me wanting a bit more.

Make no mistake; some of these tracks are marvelous. 1234 (Van She Tech Remix) is a really excellent song choice that's strengthened by a solid arrangement, some cool production decisions (including a neat bell effect), and a good solo. The Sils made the decision to deliver a smoother more pop-oriented interpretation than the original, which I enjoyed. That's What You Get also succeeds as a well-interpreted song that I haven't heard a million times before. I have to say kudos to these women for choosing interesting, original songs, and for delivering most of them with a nice flair.

On Sauce, I was a little bothered by quirky soloists, and I am happy to report that the Sil'hooettes have definitely made some strides in the area of solo delivery. Producers James Gammon and Sara Dougadir coached some very strong performances this time around. There are even some standouts including Happiness Chijioke who turns in a powerful, emotional performance on Wreckless Love.

The only solo misstep comes when the women tackle songs with male soloists. Say (All I Need) has a perfectly lovely soloist in Jessica Koss, but the melody sits too low in her range to allow her to bring the same power to the vocals that made the song a hit for OneRepublic. Going On suffers from a similar problem. Both songs are distinct because the originally male soloists were pushing the limits of their respective ranges. The effect is lost with a female soloist. Ladies, don't be afraid to change the key, or even the entire feel of a song if it will better fit your group.

Now that they have begun to fine-tune their performances in the studio, I think the next step for the Sil'hooettes (and the one that will catapult them to greatness) is to labor a bit more on their arrangements to make each song a gem. 1234 (Van She Tech Remix) is one such gem, but the rest of the album falls shy of excellence, in large part because most of the tracks are not particularly distinct from other a cappella versions. This album shows the Sils taking a step closer to finding their own unique sound. Once they find it, I predict that we'll be talking about them in the history books.

To order this album, visit the group's website, A-cappella.com, acaTunes.com, or iTunes.com.