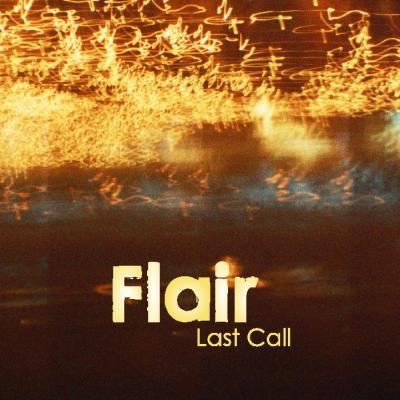 Flair, the latest recording by Cornell University's Last Call, is a solid album that is really enjoyable overall. It has pretty much everything going for it. The album has a just diverse enough track listing to let you know that R&B-tinged pop music is the sweet spot of the group, but that the group isn't afraid to try other genres. The musicality and musicianship is top notch: solos sit comfortably in the singers' ranges, the balance between sections is on point, and the arrangements highlight the strengths of the performers. So why not an overall score of 5?

Unfortunately, what's missing is the flair. Except for a few exceptional tracks like the sizzling opener (Don't) Give Hate a Chance and the sultry ballad Lost Without U, everything else is par for the course for a group of this caliber. There's not enough stellar work to elevate the recording above being very good. I don't feel like they've put their signature stamp on the recording that makes you say "Wow, this is the best thing I've heard in months, years ... ", but more along the lines of "This is better than that dreck I heard a few hours ago."

That being said, it really is a great disc. The guys really sound like they enjoyed making this album. There is an energy that seeps out. It's very contagious. You'll find yourself grooving along to tracks that you may not appreciate at first listen. I definitely had that feeling with Teddy Picker. Kudos to Mickey McDonald for tackling an Artic Monkeys' track. And what's not to love about a recording of Shout! by a party band such as Last Call? Granted, in style and production value, it doesn't seem to fit with the rest of the album, but the kitsch factor alone makes it worth including on the album.

Appropriate accolades have to go out to Jon Wong. His arrangement of Robin Thicke's Lost Without U is only surpassed in brilliance by his truly stunning turn as a soloist on the song. The only word for it is "beautiful". Ha, I just checked the liner notes: Tat Tong mixed it, so nothing more really needs to be said.

Wong isn't the only great arranger in the group, though. I really enjoy the works of Tyler Herman ((Don't) Give Hate a Chance), McDonald (the aforementioned Teddy Picker), and Andrew Minister (Butterfly). Each of them is able to create an engaging piece of music out of very little. As an arranger for a male group, mastering the subtle is a serious challenge and endeavor. These songs are great accomplishments.

Two obstacles stand in the way of a truly exceptional work: production and flow. I wanted the tracks to have a slightly darker edge and quality to them. Most of the tracks seem filled with a little too much effervescence that causes some tinny sparkling throughout, so the songs lose the intensity and maturity needed to make them great songs.

Laying out the track list of an album is never easy. Reviewers talk about flow a lot because we tend to listen to entire albums in one sitting to get a feel for the entire project. In this digital single world, that bit of artistry is falling by the wayside. Changing the sequencing of the tracks would help the storyline. Think of Deke Sharon's The Sing-Off advice: with all of the other political shenanigans that go into making a collegiate recording, defining why and in which order tracks go on the disc is mandatory to making an excellent album. Like not having Teddy Picker and Butterfly back to back. The effect of having Brian Stilwell's voice so far back in the mix on Teddy Picker made Cory Felder's turn on Butterfly seem overly abrasive and brash when it shouldn't have been. And Shout! would have probably worked better as a closer or hidden track. They went that way with having Graduation as the closer. What other changes would have summed up and pre-packaged Last Call?

Get the album, groove to the tracks and hope that the next party bus you ride includes the Callboys as passengers. Hearing this album live would be pure entertainment.

Flair, the latest from the fun Last Call guys, is really quite good, and even when less than quite good, memorable enough to offer something to ponder. Great production and endless thoughtful vocal details on Flair make it an album you can listen to a lot without monotony setting in. And in the world of collegiate a cappella, that's a pretty big deal.

Flair has a big R&B/hip hop component, and therein lies a bit of a conundrum. The guys pull off this style so convincingly, and Bill Hare and Tat Tong mix it so skillfully, that perhaps the entire album should have been devoted to this genre. By doing so, we'd get rid of the mid-album dud Shout!, which has no flair and therefore belongs on Flair about as much as a rhinoceros moseying through Cornell's campus (a very simple, boring rhinoceros, who occasionally charges, but is still fundamentally a simple and boring creature).

However, if we were to scratch out the other genres, we'd miss out on absolutely brilliantly arranged Where the Streets Have No Name. Jeremy Siegman offers such a fresh, colorful, bold take on this U2 mainstay, one that is clearly rewarding for the vocalists, too. It ranks among the best, especially with the exciting tempo changes, and Last Call would be wise to permanently keep it around for gigs, alumni reunions, competitions, and general crowd serenading. (It's so great on its own, in fact, that I don't think the live audience bit at the end is necessary.) So, this time, I guess we need a mix in the genres. Wouldn't hurt to think about an all R&B/hip hop album, though.

Speaking of Siegman arrangements, he offers more gems for us. Carry On to the Love expertly fuses Crosby, Stills, and Nash, with the Black Eyed Peas. The big transition, an urgent echoing of "Where is it?", might be one of the coolest segues ever. Siegman is a musician with sharp tools, let me assure you. He also co-arranged Graduation with Jon Wong, a personalized, twisty-turny, very creative work that's also full of excellent transitions. This group knows transitions. But, listener be warned that Graduation is vulgar, so don't listen to it with your little cousin around. (Your little cousin should probably also leave the room for Butterfly, while we're at it.)

It's clear that a whole lotta effort and love went into Flair. The guys should be proud of themselves, and a cappella fans should definitely give this one a whirl.

In their liner notes, Last Call states, "We wanted Flair to genuinely represent who we are as artists and as people, so we put our own personality into each track." I believe they have succeded admirably. This is a collection of tracks that are well-arranged and impeccably executed. The production also accents the desired effects without ever losing the inherent vocal qualities of the lines.

While there is plenty of credit to go around on this album, particularly to the production work of James Cannon and Bill Hare (with assists by Ed Boyer and Tat Tong), I'd like to single out a few group members for their contributions. Tyler Herman's arrangement of (Don't) Give Hate a Chance, the opening stunner, is a well-oiled machine of interesting textures and interlocking lines. Herman also co-produced the album, and provides the bulk of the well-handled and interesting percussion. Current Hong Kong pop sensation Jonathan Wong turns in a pair of amazing solo turns which he also arranged, including a rendition of Used to Love U that's as smooth as John Legend's original but more intricate. Jeremy Siegman has a hand in my three favorite arrangements on the album, beginning with a U2 cover that goes through a number of variations and evolutions to bring new life to a classic.

Siegman's pen also gives us a pair of medleys that work both musically and thematically. Carry On to the Love pairs Crosby, Stills & Nash with the Black Eyed Peas, as Siegman's arrangement juxtaposes "Love is coming to us all" with "Where is it? Where is the love?". The song makes the transition from past to present with a partially rewritten rap verse that begins, "Love is coming to us all, that was thirty years ago", reinforcing the second song as a logical response to the idealism of the first.

The other medley, Graduation, is a wonderful example of how to record an interesting twist on an alma mater. This is a nearly six-minute track (co-arranged by Siegman and Wong) with a narrative through-line paying tribute to college life at Cornell via the words of Kanye West. The alma mater provides glue for the whole concept, as the traditional arrangement gets quoted in backing voices during the rap, and returns at the end behind "I'm coming home again"; a perfect conclusion to an excellent album.

Even when Last Call is not quite at their best, they're still very good. The beginning of Shout! feels a bit too clean and glee-clubby everywhere but the solo, but the problem goes away about a minute in. The feminine "Stop that man!" in Used to Love U is a distracting and unnecessary joke in an otherwise outstanding number, and Lost Without U feels too long, basically carried on the back of Wong's aforementioned heart-melting solo. But these are minor nitpicks of an album any group could be proud of. I look forward to hearing where Last Call goes from here.