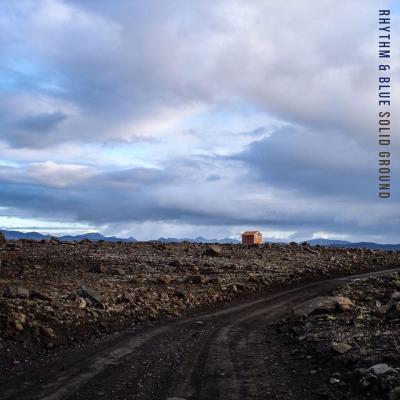 That faint sound you hear is me scratching my head.

I was a really big fan of Duke Rhythm & Blue's 2010 release House on Fire, so when this year's Solid Ground came my way — with many of the same group members still on board — I was hoping for more of the same awesomeness.

To be fair, using the widest of all possible lenses (which feels like an improper visual metaphor for an aural assessment), this latest release from Rhythm & Blue does indeed sound terrific: lush, thick sound; rich blends; note-perfect editing; niftily sampled and looped vp. It's as slick as one could ask for, if slickness is a virture. Polished and professional almost to a fault.

This was par for the course for RnB back in 2010 as well. But somehow it was overshadowed, or perhaps transcended, by the passion of the singing, the quality of the soloists, and just enough inventiveness to keep things interesting.

This time around, the album's title is unusually apropros. This is "solid" work. Not extraordinary, not exemplary, and by no means revolutionary. It's certainly not bad, and it's still better than a good deal of what I hear from a great many collegiate groups. Amber Sembly's husky alto is back, as intense as ever on the verses of Run, if also a bit thinner in the upper register. Abbey Bucher's soulful belt on Somebody to Love is a delight. But pretty much everything else about the album feels just a bit...uninspired, for lack of a better word. The slower selections lean heavily on big, powerful block chords mixed with some word echoes — all tastefully voiced, but unmistakably plain and simple despite the sheen provided by the studio folks at diovoce and The Vocal Company. The faster songs fare a bit better, but they rarely remain interesting past the first 90 seconds or so, once we've heard the verse and chorus. The methodology appears to be: lock into a rhythmic motif, often with a mechanized vp loop (sometimes bordering on super-human), and repeat it ad nauseum. So repetitive and monotonous does this get in some cases — Pompeii comes to mind — that it feels like the entire chorus has been sampled, cut and pasted in each spot where it is heard. Development within a given arrangement is scarce to be found and meaningful dynamic variation is even rarer. Intensity plus shouting does still equal shouting — and it grates after a while.

With all of that said, you'll note that the scores are nearly straight 4s across the board. That's because whether the arranging style is your cup of tea, whether the lack of invention and creativity nags at you or not, and whether the insistent volume of most songs taxes your nerves, it's hard to suggest that this is merely average work, even if it is not stellar. It's exactly what a "4" should be: good. It's solid, but grounded. Would that RnB could take flight again. Maybe next time.

From the fiery, densely dark opener Butterflies and Hurricanes to the empowering final turn on Run, everything works out really smoothly for Rhythm & Blue on Solid Ground.

We talk so frequently about good albums being consistent albums at RARB. Nearly all 4s here: everything sounds like it was recorded and mixed in a similar fashion with a unified mission, arranged in a similar fashion for high impact, and delivered in a similar fashion with extra emotive leads (especially from the group's red-hot females, whoa), which is all an accomplishment any way you slice it. But, it's even more commendable when considering large college groups like Rhythm & Blue with ever-changing personnel. Even the general tone and feel of this album is remarkably consistent — you can hear the thoughtful planning involved — which is wildly hard to capture and execute in our Land of Covers. (Somebody to Love comes close to not really belonging in this package, but I can make the stretch.) At any rate, it's all worthy, it's all satisfying to jam to, but the full package seems a little short of the exceptional level.

Though a few tracks come mighty close. Skyfall is in the running with those nice little staccato "ha!"s to set an eerie mood, and the percussion is thoughtfully stitched in to create a deep, swaying groove. Dynamics are wonderfully exaggerated and there's extra drama at the end, but it still all settles into one of the aforementioned satisfying jams after the first listen. (I'm being demanding and perhaps unrealistic, I hear you.) Poison and Wine is another song that's really just steps away from something higher, something grander. The duet sounds absolutely damning in the best way: lovers accusing, really feeling it, and we really feel it, especially with the heartbeat percussion moving along their story. It's lovely, and I actually think the arrangement is enough to take us somewhere really awesome for Poison and Wine, if only it'd been sung slower in parts to settle into the tension chords and allow a greater climax. Heartbreak songs mustn't be rushed along; they must be pulled along. Finally, I'm really moved by Amber Sembly's performance on Run: she remains a one-woman show with serious star quality.

There's less of a lasting impression here than on the group's previous stellar release House on Fire, but it's still a tidy offering with evident hard work and talent.

Solid Ground is the latest studio album released by Duke University's Rhythm and Blue (RnB). The album is very eclectic in that it covers a wide range of styles, a little from the old-school and even some current hits. While no specific theme is apparent, RnB seems to have a strong focus on producing quality songs that go beyond meaningless standard selections.

The common trait among all the tracks is that they are appealing to the ear. Nothing really sounds too far out of place in the realm of production. Each song has a strong low end presence that keeps the groove constant.

The only song that feels a little out of sorts in regards to a low end is Poison and Wine. While I do love the song, which is finding its way on more and more a cappella albums, the bass seems a bit unsure at times. It goes from a constant rhythm to a varied pattern in the second half of the song that just does not settle right for some reason. Other than this detail, the other elements are nearly flawless, especially the backing group's blend.

Nearly every song on Solid Ground is interesting to listen to. If a song is not hard hitting and beat driven, it has the ability to deliver an emotional message. Butterflies and Hurricanes, Many Moons, and Pompeii all feature a pulse that rides the entire song. Each song is unique for various reasons. Butterflies and Hurricanes recreates that dark rock tone that Muse is known for. Many Moons has great dance energy with great backup singers that give it that old-school vibe. Pompeii is current, youthful, and steered by a great lead.

Skyfall and Jar of Hearts pick up any of the missing slack with a softer touch. Skyfall begins with a unique opening and captivates throughout with a wonderful chemistry between the lead and high male voices. Jar of Hearts is the result of a great team effort; the song would not feel the same if there had been a different soloist or an absence of the backing group's crisp tones.

While much of the album is really good, two songs miss the mark. Somebody to Love is one of those songs. The song's time has come and gone, and unless it is completely reimagined it should be retired. While RnB has a very polished version with a strong lead, nothing new is featured. Drumming Song is the other odd man out. The bass here is more intense than the actual percussion, ironic given the title. Also, the song just seems a bit stale, maybe due to the lead or the backing group, it is hard to pinpoint.

Otherwise, RnB has crafted a really nice, current, well-produced album with Solid Ground. It offers options from easy listening to current rock chart toppers. It easily gets my stamp of approval.