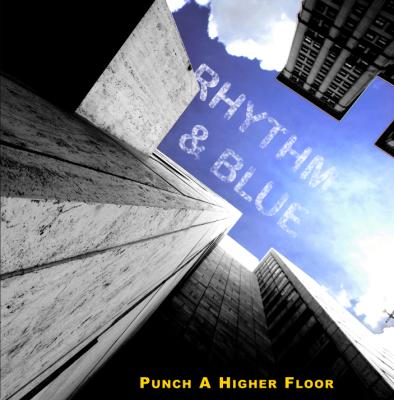 But good albums don't always emerge from well-covered checklists, and that is unfortunately the case here. Punch a Higher Floor is filled with technically solid work that sounds nice at first, yet never builds or grows into something that deserves notice. Track after track progresses from verse to chorus to bridge with barely a dynamic or stylistic change. The lovely, dramatic opening of Gnarls Barkley's Crazy never goes anywhere, despite gratuitous layering of similarly titled tunes by Beyonce and Seal into the arrangement. PromiscuBack, a medley of Nelly Furtado's Promiscuous and Justin Timberlake's Sexy Back, lacks the dirty, lip-smacking groove that made the originals so catchy (I was particularly turned off by the listless tenor hook "promiscuous, no" on the deadened verses). Combined with Sperandio's slightly too shiny mix, I was left with the comedic if slightly unattractive image of clean-cut preppies dirty dancing on prom night.

In many cases, Rhythm & Blue is held back by solo work that never reaches the level of the ensemble singing. I liked the rhythmic interplay and syllables of Forgiven (RARB reviewer Joseph Bates' Midas touch doesn't let up in a guest arranging appearance here), but the solo was a bit histrionic at times for my taste. Stolen lacks the angsty fire necessary to pull off an emo anthem, and a toothless Before He Cheats fails the sass-o-meter test. Ready for Love never hits the emotional resonance one expects from this new a cappella staple (though the moody background works well). The one exception, the fantastic Ren Peir who rips the hell out of What About Love, is thoroughly let down by wussy backing vocalists on the bridge.

It's hard to criticize Rhythm & Blue when they get so many of the basics right, yet still come up short at the end. One of the tracks, the John Mayer tune Bigger Than My Body sums up my sentiments with its chorus: "Someday I'll fly, someday I'll soar, someday I'll be something much more". Rhythm & Blue isn't quite aloft yet, even if their elevator seems to ascended a level from last time around.

Rhythm & Blue chose an apt title with Punch a Higher Floor — they are certainly moving up. I've said it before, but the number of excellent albums coming out of Duke continues to astound me, and Rhythm & Blue continues the tradition.

Punch a Higher Floor offers the professional sound now typical of many collegiate albums: nearly flawless tuning and blend, sparkly production, energetic percussion and an overall glossy sheen. What sets it apart, however, is the top-notch arrangements. Matt Emery, who pens all but one arrangement, clearly knows his stuff. A strong grounding in classical theory is complimented by interesting and appropriate syllable choices, nuanced transitions, and an ebb-and-flow to each song. Rhythm & Blue also manages to capture a great sense of energy in its recorded performance.

Several tracks are outstanding. I've been waiting to review a rendition of Crazy for a while, and Rhythm & Blue has set the bar high. The harmonic progressions in the arrangement still leave me impressed. Stolen is another gem. Again, its success is a tribute to great arranging. What could easily have been a snoozer stays exciting throughout, building to a wonderful climax near the end. I also loved PromiscuBack (a medley of Sexy Back and Promiscuous). This track features all the bells and whistles of modern hip-hop, showing off the production chops of Dave Sperandio. Often medleys feel disjointed and confused, but PromiscuBack had great meld between its two component songs.

Unfortunately, there are a few throwaway tracks as well. What About Love, Let's Go Crazy, Something to Talk About and especially Bigger Than My Body feel like filler. Lacking a sense of energy and direction, they could easily have been left out.

The one consistent fault I found with Punch a Higher Floor was stridency in the women. While the block often sounds well-blended, occasionally a few trebles will stick out. However, this stridency was mostly a problem during solos. Women often sounded out-of-control, especially on Crazy, Forgiven and PromiscuBack. I could barely make it through Before He Cheats, the solo was so nasal and distorted. Overall, the women need to tone it down.

Punch a Higher Floor is a big step forward for Rhythm & Blue. Having arrived near the top, I look forward to seeing what else they have to offer.

Much like With the Windows Down, Rhythm & Blue's latest release starts out super strong and endures a few bumps toward its pleasant final number.

Rhythm & Blue is the champion of pull-at-the-heart-strings ballads. Stolen by Dashboard Confessional is an outstanding ballad. From the gorgeous opener to the way Peter Park joyfully sings "And from the ballroom floor we are in celebration!", Stolen is perfectly constructed from start to finish. Always on Your Side is another memorable ballad, with a convincing duet to carry it along.

Ballads aside, a few upbeat numbers greatly impress, too. This is the best cover of Gnarls Barkley's Crazy I've heard, and I can't imagine better. When Rebecca Haber drops in Seal's line "And we're never gonna survive, unless we get a little crazy", it's simply audio euphoria. Forgiven is good too, again because of aggressive standout soloist Haber. Bookending the crazy theme is Let's Go Crazy, a zippy Prince number that merrily dances along.

One area that's hurting Rhythm & Blue on Punch a Higher Floor is their treatment of country songs. On my With the Windows Down review, I stated: "I rarely hear a cappella country succeed ..." To be more specific, I rarely hear a cappella country succeed because forced twang, a common approach when a cappella groups cover country, just doesn't sound good. Before He Cheats is nearly unlistenable because of the ultra forced twang (also, the soloist doesn't have the bottom range for this song). What Was I Thinkin' errs this direction too, but the group's great energy saves this tune. And the wonderful arrangement distracts from the twang on Something to Talk About. Still, Rhythm & Blue needs to regain control of their country numbers, because they currently sound pretty hokey and the group is just too good for hokey. Perhaps a little experimentation — a little jazz under Carrie Underwood, a little rock for Bonnie Raitt and Dierks Bentley — could give the soloists a more interesting sound. But above all, the soloists need to battle their urge to faithfully imitate by any means necessary.

And to really nitpick, a few small missteps on tracks could have been re-worked. Having a strong 80s power ballad in the middle of your album never hurts. But the bridge on What About Love disappoints with the light and fluffy women's chorus of "Listen to your heart, when he's calling for you ..." Also, the tempo of mysterious and dark Ready For Love feels sluggish, while the density following " ... and thinks with his heart!" could be more explosive to create a sonic peak.

But there are many wonderful moments and several outstanding tracks on Punch a Higher Floor. Overall, it's a good buy.