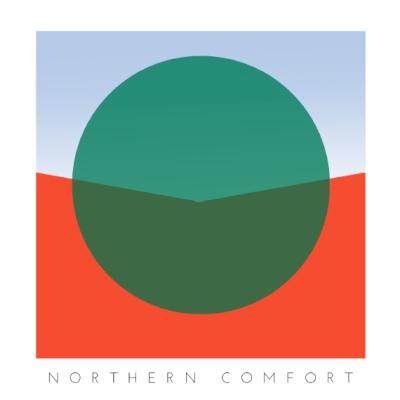 BC Dynamics offer many delights on Northern Comfort. Most notably, this is a group that can really handle a blow-it-open power ballad like Smash Into You, a time-stands-still piece that you'll want to restart the moment it ends. Always sensitively sung, and with many compelling arrangements and production decisions for its framework, Northern Comfort is a release that will please a lot of fans.

Northern Comfort is also an album full of heavy production oomph, most of which complements the vocals to create more depth and interest for the listener. The opener Without You is one such benefactor of the audio engineering, with the artificial boost creating a dance-ready track of sizzling beats that's a delight to hear, especially with Andrew Jones's and Kristina Rex's nuanced and ever-evolving arrangement for a backbone. Bookending the album is the "Bonus Track" She Wolf, where the production very audibly and without reservation does a whole lot more than complement; this is definitely a showcase piece for both the group and engineer Tim Bongiovanni of Northgate Productions, and thus actually justifies the often unnecessary and misused concept of a "Bonus Track". BC Dynamics also saved its biggest and brightest voice for last — Sarah Goldstein is an absolute vocal cyclone here, and single-handedly earns She Wolf a "5". Goldstein ends this piece with this sultry growl: "Running with the wolves, and I'm on the prowl." And we're like: yep, I picked up on that, most definitely. You'll want to download She Wolf and marvel at all the dazzling sonic ideas brought to life from Bongiovanni with outstanding songstress Goldstein blazing the way.

What's left after the great emotionally-charged ballads like Smash Into You, The Chain, and Give Me Love, and the wonderfully produced spunky upbeat numbers, are, of course, the mid-tempo tracks, which don't fare quite as well here. We lose the urgency on these selections, like Best Thing I Never Had, Lost, and Sun Comes Up, which lean too heavily on repetition and same-ness to stand against the giants around them. Under the Bridge gets the upper ground in the mid-tempo slump with some ultra clean, mood-setting vocal percussion from Sam Cho that ties that retro Chili Peppers song right up in a '90s nostalgia bow.

So, there may be a bit of this and that as far as marks and praise go, but the good is good enough to warrant a purchase and to commend BC Dynamics on this vibrantly full release.

With Northern Comfort, the Dynamics have put together a collection of songs that are very easy to listen to. This mixed group from Boston College takes on recent pop songs (and a few throwbacks), and while there are no major missteps here, there's also nothing that truly stands out.

This, then, is what a yearbook album sounds like in 2015: it's entirely listenable, but it's not remarkable. Songs like Without You and The Chain (the Ingrid Michaelson song, not the Fleetwood Mac tune) are pleasant to the ears, but they won't stick with you when they're over. The closest the group has to a standout is Give Me Love, with a dramatic build at the end that is truly attention-grabbing.

The rest of the album, unfortunately, falls short. Soloists fit their songs but aren't extraordinary; arrangements are decent but don't have enough dramatic builds. A few risks really don't pay off: the melodic changes in You Know I'm No Good are distracting, as are the group-chant "Hey!"s on Under the Bridge. The glitchy remix vibe on the bonus track She Wolf just feels like an experimentation with studio tools, and the overall tracklist that includes two Beyoncé songs and two David Guetta tracks just feels like songs you've already heard before. After listening to this album a dozen times, I still don't have an answer to what makes the Boston College Dynamics unique.

To the group's credit, the Dynamics have listed the songwriters and copyright holders of the songs in their liner notes; unfortunately, the text is so small that it's barely legible. Perhaps that's so we don't notice any mistakes — Sun Comes Up is credited to Amy Winehouse (if you squint, you can barely make it out), but the song was actually penned by John Legend (John Stephens). As with the rest of Northern Comfort, it's a good effort but not well-executed.

Northern Comfort is in no way offensive; on the contrary, it's extremely pleasant to listen to and all of the sounds are clear thanks to the studio work. Unfortunately, the Boston College Dynamics do not bring much that is massively unique or particularly memorable to the table either, making this an average a cappella album.

The most important point I have to make to the arrangers on Northern Comfort is that a cover does NOT need to imitate or sound like the original, because you will inevitably draw a comparison to the original that you will likely not win if you virtually transcribed it for your arrangement. There are many moments on the album where the syllable choices are reflecting the original instrumentals rather than a vocal adaptation, such as in Lost, where an onslaught of consonants massively impede the flow of instrumental phrases.

The majority of the tracks feel as if a tableau is established from which there is no ebb and flow, making for a very pleasant couple of minutes that are also somewhat meaningless. The tracks that do transcend this issue have strong soloists that help the song transcend average, however the disconnect between a strong solo and a background that only marginally augments it keeps these tracks from excellence.

In general, the studio work on this album helps to make a very clear presentation of the solos, backgrounds, and percussion. There are a couple of head-scratching choices, however, such as the momentary fade-out in the opening track Without You, a sharp soloist fade-out on Sun Comes Up, and the incongruously-affected She Wolf. But I believe that the recording engineer made the most out of what sounds like generally low-energy background vocals.

The Dynamics are not particularly dynamic, but there is this comfort: Northern Comfort sounds very nice. I hope the group can make more gutsy, innovative choices in its next release.

Northern Comfort is also on Spotify.