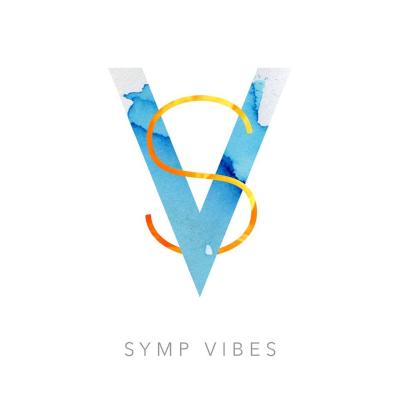 The Sympathetic Vibrations have always been an anomaly for me. Well, not an anomaly, but suffering from the conundrum of either being just a little above average in live performances but producing an amazing album, or else having a pretty baller live show with a recording that leaves a lot to the imagination. What's interesting is that after listening to SV, I'd say this grouping of Georgia Tech boys are at their most evenly split in terms of live performance and recording ability.  SV has many strong elements, but falls short of the mark in several major aspects.

SV opens with the two strongest songs of the album. The rest tends to go downhill from there, settling for strictly average in this day and age. Tightrope has the best arrangement and production value, while Pusher Lover Girl has the most sass and understanding. It's interesting to note that these two songs are also the strongest arrangements on the release, and both are the only two where Victor Baldwin added to the mix. Guys, keep getting more charts out of him. He knows exactly how to keep things interesting and how to create within the group's wheelhouse.

What's frustrating is the fact that this is one of the best sounding iterations of the Sympathetic Vibrations that I've heard in a long time. The balance, intonation, blend, and musicality of the backs is simply outstanding. Almost every song lines up perfectly. It's a shame that there is just something off-kilter with most of the tracks. Three things contribute to this "offness". One is in the interpretation of the song. Two, most of the soloists simply do not have the chops or technique to carry the tune adequately. And three, a lot of the arrangements lack depth or innovation, falling on some very square performances.

There is nothing mad about Madness, a driving ode to our own self-destruction. Rendered here, it became like a yacht rock ballad. The "wheyna wheyna" and the "waco waca" are too prevalent in the mix as the backing syllables for Tightrope. Pretty jarring and honestly weird. And then the old school use of "doh, doh" in the bassline for Madness puts it firmly in the Glee Club days. (Now, the outro for that song is pretty interesting — you'll just have to hear the little tag.) And those are the stronger arrangements.

Unfortunately, the album is mired by the lack of amazing (or sadly even strong) soloists for most of the tracks. The score bounces back and forth because the backs are killing it (Blue Gangsta), but the soloist may be lackluster. Other soloists seem unsure of their ability to actually sing the song or how they want to deliver the song. Dominic Petrello has a nice voice, but he's shaky in his upper register and lacks support in his lower tones for the cover of I Won't Give Up. William Alderman would have benefitted from dropping Take Me to Church two to three steps, so that there could have been more power and passion behind his performance. When you are challenged with hitting the notes, that's when you have to develop your own style to convey the message of the song. On the other hand, Truitt Clark is deft at accomplishing this and owning his two songs Pusher Lover Girl and the closer Georgia on My Mind with a mellow sauveness that suits both songs perfectly. And Richard Huckaby's turn on Latch is similar but different enough from Sam Smith to make it pretty interesting. Had he upped the tempo about three clicks on the arrangment, this would have been the standout of the album.

According to the liner notes, the group rushed the recording and production of this album, allowing only seven months from start to finish. Obviously more time to really fine tune the performance of these songs and allowing Steve Ryan's production team to finesse the tracks would have greatly benefitted the album. If you are sympathetic to the vibe the guys are putting out, I have no doubt you'll enjoy their fifth studio album, but the rest of us won't be taken to church anytime soon.

The Sympathetic Vibrations give us their very best on their first track, then slip away into basic, sometimes alright, but often lethargic singing for the duration of SV.

If we're going to get right into understanding what went awry, I'll point you to Madness first. The entire piece sounds awkward and slightly wrong, both in delivery and score, but the non-climax climax is extremely upsetting in a song about, well, madness. Too often the Symp Vibes just can't take us where the song's path goes, can't follow the original's blueprint for success, both of which are quite evident in Uptown Funk. We all know that this party anthem has built-in excitement levels leading to jump-out-of-your-chair sonic euphoria in the choruses, but somehow, it's quite drowsy here. Energy often comes easily for testosterone-driven all-male groups, but the energy pulse is dangerously faint for SV; in a tracklist we should easily groove to, it's a struggle to stay with these gentlemen.

And if we're going to understand what's going really right, queue up snazzy Tightrope, and pay attention to the mystery bass from Perfect Bassland running around the low notes on SV. (The Symp Vibes don't list their group members, or maybe I could take a shot at identifying this rumbly superstar.) Tightrope is a true composition, that basically has aural movements in the arrangement, giving us a lot of entertainment for the ears. The falsetto verses contrasted with the low rap is an awesome juxtaposition, and the Symp Vibes definitely had their coffee before recording this one. And as for the mystery bass, who manages to channel the likes of Barry Carl, I'm grateful that he wasn't given a drone treatment into a meaningless "dmmm" during the mixing phase when his sound, intonation, and spirit are equally good. I really enjoy when his voice pokes out of the staff lines to give us a little showy run.

For the group's 2012 release Seriously., I wrote: "If the album suffers from one main crux, it's the sleepy, too-laid-back feel present throughout ... It's hard to find much punch, much crispness, much of anything with a confidently assertive delivery, and this weighs the music down to a slow crawl as the tracks roll on." This is what I hear all over SV, too. To the Symp Vibes, I suggest practicing your wildest singing on Uptown Funk in rehearsals, like perhaps you're the main event at a Bachelorette Party, and then work toward focusing that energy into dynamic-sensitive ballads, and all genres in-between thereafter. Make us dance, make us cry, make us yours!

The Symp Vibes have definitely grown, but the group still has a LONG way to go. In the guys’ newest album, SV, the group sings many of the most well-known and heavily covered songs from the past few years, with only one standout, Georgia on My Mind, but I’ll get back to that.

For me, this album is a collection of mediocrity and that's not including Uptown Funk. I had high hopes for an all-male group covering one of the most high-energy songs in years, and am incredibly disappointed at the result. The only reason it eked out a "2" rating is because all of the notes in the arrangement are there. The solo is painfully strained, the arrangement is bare and unexciting, and the chorus lacks any energy after a solid build in the pre-chorus.

However, I want to make it clear that there are some bright spots. The overarching best feature is the solo work, specifically on All of Me, Latch, and Georgia on My Mind. While the album doesn't lend itself to many refreshing moments, the few times the soloists show their souls are the most enjoyable. The falsetto in Latch is beautiful and not overdone, and you can really hear the emotion behind the vocals on Georgia on My Mind, which makes it the standout.

I don't see myself listening to much of SV again. Unfortunately, a big part of this is the lower production quality. It's not polished in comparison to the average album, and there clearly is a lot to improve upon before even getting to the group itself. However, I also want to urge the guys in the Symp Vibes to continue to add complexity to their arrangements, and to diversify the repertoire. It would be nice to see more than mostly Top 40 hits on the next album.

SV is available for purchase on iTunes, Google Play, and Amazon. Physical copies can be ordered on sympvibes.com.