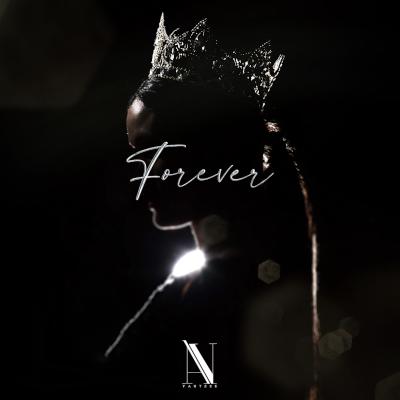 The adage that music is subjective holds true in about 99% of situations. Then an album such as Forever by All-Night Yahtzee comes along and immediately qualifies as that 1%. If you don't like the artistic depth, vocal flair, and emotional magnitude the group is shelling out with their newest album, then I have no problem stating that you simply don't like good music!

There could very well be something in the water at Florida State University, or perhaps the more logical rationale is that All-Night Yahtzee worked their butts off to bless us with the musical excellence featured on Forever. Whatever the case, I'm struggling to think of a group more on top of its game than All-Night Yahtzee.

This album is more about its whole than the individual parts. The nine tracks add up to some of the best electro-pop, RnB, and thematic songs displayed in a cappella in the last few years, worthy of the multiple awards it garnered at the 2021 Contemporary A Cappella Awards.

Even the transitional material on Forever is highly evocative. Constructive Interference and Diamonds Are Forever clock in at under two minutes and yet still act as more than filler material. Each track boasts a phenomenal, show-stealing female lead. One is pop geared, the other more theatrical, but both are pristinely polished and only have the single flaw of being too short.

The full-length tracks on Forever are sheer magic!

Much of the beauty of the album lies in its balance. Icy showcases the importance of using a group's backing singers to do more than sing syllables. The choice to have the group sing a fair amount of the song's lyrics pays off, and what's also noticeable is the equal amount of intensity and effort brought to the table by both lead and backing singers. Similarly, the backing singers on OK do a magnificent job of emotionally reinforcing the lead's performance through their singing of the song's lyrics.

The album's variety also stands out.

The opening track Reign Dance sets the tone for the rest of the album. At times the lead shines, followed by crazy riffs and runs by the backing singers. The album's creativity is shown through the production effects, in addition to the style changes, which can go well beyond western influence. Power is Power is another standout as the singing is irresistibly compelling thanks to the duet. But listeners are also treated to a spectacular bass and percussion performance that oozes with complexity and originality.

All-Night Yahtzee's most exhilarating work is featured on All For Us. The track is an absolute statement to vocal ingenuity. Every high and low is exceptional, and each vocal entry and departure is exquisite and profound. A track such as this only comes around every few years and could only have been produced and performed by All-Night Yahtzee.

Every detail, soloist, note, riff, and movement on Forever is intentional, slick, and satisfying. It's an album for the community and deserves all the praise!

All-Night Yahtzee's Forever is not only jam-packed with musically brilliant elements; the journey it takes its listeners on is fast-paced, concise, and clear. The efficiency demonstrated by this perennial a cappella powerhouse in this nine-song album positively impacts the high repeat listenability score and makes this album one you can't miss.

As many great albums do, Forever hooks in the listener with a thoroughly engaging opening track, and the downright eerie background parts anchored by soloist Billy Macmanus's storytelling and vocal command deliver with Reign Dance. Additionally, Angela Ugolini's mixing plays a significant factor in the balance and variation at key moments throughout group member Darby Lestin's slick arrangement. On that note, Lestin's arrangements are particular standouts, especially the multifaceted All For Us with its close harmony to fortify the group's well-executed dynamic extremity.

Dynamic changes are everywhere, both in moments and through larger passages. Perhaps there is no greater example of the power of dynamic flexibility than in Diamonds; but truthfully, dynamics play into Yahtzee's musicality throughout the entire album. The rhythm section, both bass and percussion, is handled with such care, both by the performers and the audio engineers. Colette Verner's vp work throughout the album is so inspired, featuring a wide array of sounds in her kit and no shortage of moments in which she uses them.

As mentioned previously, the album flies by, with no song notably coming in over three minutes in the first half, and barely any clocking in any longer in the second half. Timestamps like this may not usually be considered notable, but with the potential to feel harried by truncated tunes, Forever's listeners are not shortchanged and there are essentially no lulls in a nine-track album that comes in just under 23 minutes. The way All-Night Yahtzee employs such efficiency and sense of purpose leaves this native New Yorker tickled pink.

All-Night Yahtzee continues to raise the bar for collegiate a cappella, and Forever is no exception. Be prepared for multiple listens in which you're taken on a thrilling journey.

All-Night Yahtzee has consistently evolved over the past few years. This Florida State group has changed toward a pioneering group in an electronic r&b sound. However, in looking at the album, there was something that made me worry before I ever hit the play button. This album is only about 23 minutes long between nine tracks. That's only about 2 ½ minutes per track. Forever is an ironic name for one of the shortest full-length albums I have seen in recorded a cappella. There are some hard hits and some thoughts that need a little more time to develop.

Reign Dance is a flawless introduction to an album. This track is powerful and unrelenting. Billy MacManus's solo is haunting and has me on the edge of my seat waiting for the climax to come and smack me in the face. The group almost immediately establishes its new sound and is forcing the audience to listen whether they want to or not.

Two of the next four tracks are the mixed result of shortened song lengths. Constructive Interference and Diamonds Are Forever exist more accurately as transitions to the following tracks. Unfortunately, the transitions become choppy. Neither number has a climax, relying on the following track to provide the remainder of the story arc. These tracks have a moment of silence implying that the track is complete. I'd wager these two were used in part of a short video for competition, utilizing multiple songs to express more thoughts than could be conveyed with one song. However, in terms of this album, they are individual tracks that exist with very little standalone value.

By the time we get to the last four songs, we finally start to hear the full extent of what this group has become. Diamonds is All-Night Yahtzee on full display, and I am loving it. The opening moments set the tone for the upbeat groove, complete with a little "Yahtzee, baby" lyrical branding. The music is filled with all sorts of colorful chords and all soloists are absolutely flawless. The preceding track, OK, is the only track that really gives a view of the softer side of the group. The energy presented is still too energetic to perhaps be considered a ballad, but it does highlight emotional range for the group. Morgan Anthony is a wonderful focal point for the internal conflict and struggle and helps the group tell the story. This version of Yahtzee doesn't seem to have a true ballad, but the emotions present are enough to satisfy my love of a downtempo piece.

By the end of the album, it's clear that All-Night Yahtzee is a force to be reckoned with. The only drawback to Forever is that the group opted to use some tracks that have little standalone value and exist purely as transitions with mixed results. These tracks could be replaced with numbers that help explore other emotions and give the group a more complete view. However, for all the complaints I have over these tracks, I am seeing them more as exceptions than the rule. I'm excited to see how this group continues to evolve and redefine who its musicians are, and you should be, too.