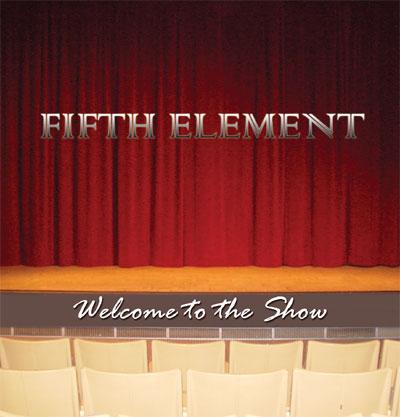 There's a classic rock circa 1982 sound about this group. A kind of Kansas or Foreigner type lead over 4/4 rock beats and a too heavy dose of stadium theatricality. It's unusual for an a cappella group. But despite my general penchant for groups with a "different" sound, I didn't much care for Welcome To The Show.

The sound lacks the fullness of many other groups. This is partially a matter of arranging, but also a matter of recording technique: few if any mults or sweetenings (more than one track of the same part). The vocal drums are sometimes well-performed, but consistently mixed as if in a dark echo-y cave. I imagine the result is far more lackluster than the live performance would be. As it is, we're treated to some muffled drums and cheesy, overdone, outdated reverbs.

The song choices didn't do anything for me, musically or lyrically. The tone is so low energy on the ballads and so overly dramatic on the upbeat tunes as to make the CD a difficult listen. The hipper the songs, the more of a stretch they appeared to be.

One thing Fifth Element can brag about is bass power. Resonant and full throughout, the shining moment is A Little Less Conversation. Sadly though, the track loses points on the intonation of the backups.

In general, intonation, dynamics, and lead vocals all have a very inexperienced delivery. There are glimpses of talent, but while this recording might have made a nice live show, as a CD it's far below the level that many listeners will have become accustomed to.

Allow me to jump right into this review …

One of the most damning failures on this album is the inconsistent levels between tracks. The album, Welcome To The Show, comes across as if each track was recorded as its own entity without consideration for how the tracks would eventually sit together on a collective album. For example, the position of the soloist at the beginning of Everything is atrocious. You can't even hear him!?! Didn't anybody realize that the vocal percussion was louder in the mix than the soloist? Was this intentional? God, I hope not ...

And it wasn't just the soloists. There is a very supportive, minimal bass presence on tracks like Walk With Me and I Believe. In contrast, there is a very solid bass prevalent on other tracks like A Little Less Conversation and Welcome To The Show. It would have been nice (and even appropriate) to have a consistent level for all voice parts across the album.

The arrangements on this album are interesting. Fifth Element is essentially a six-man collegiate vocal band. Some of the arrangements, all by Steve Howe, came across as more collegiate in nature than vocal band-esque. The problem with this is that it's hard to sing a very rhythmic, polyphonic arrangement with just six voices and still have it come across as stable rather than confused. Steve has proved himself as a very creative arranger with this album; he just needs some time to grow into the nuances of arranging for a six-man group.

The production had some nice moments on this album. My favorite track on the album, Street Spirit, was enhanced beautifully with tasteful effects and reverbs. Ross Janke, the soloist on Street Spirit and I Believe, delivers the only credible leads on the album with a smooth vibrato and bright tenor voice.

I want to feel good for these guys for what they've accomplished with this release, and I do, but when you look at the abundance of quality collegiate albums for consumers to choose from, this album doesn't even blip on the radar screen.

Welcome To The Show, the third CD from the University of Wisconsin-Eau Claire's six-man Fifth Element, leaves me cold with its blend and tuning issues, generally weak soloists, and mediocre arrangements. There are definitely good moments, but never do all the pieces come together at once for a moment of greatness.

There are tuning issues throughout the album, in both the block and the leads. The chords don't lock or ring, the background voices don't blend (particularly the tenors), and there are vibratos that don't match. The first two tracks have some nice moments of block blending, but it's not consistent and it's missing from much of the disc.

The production (by Steve Howe and RARBer Eric Skalinder) has some nice moments, but also leaves me scratching my head too often. There is frequently too much reverb (notice the percussion solo on in A Little Less Conversation), but it works beautifully for the great ambience of Street Spirit (Fade Out). Much of the time the blocks are mixed too low, especially when the song is building or is begging for a kick (again, see A Little Less Conversation or the end of Your Song, as well as the lower block in Walk With Me), but the block is way above the leads on the title track. The duets are also frequently mixed too high above the lead.

The soloists need work across the board as far as pitch, interpretation, and commitment are concerned. Songs often start weak (Walk With Me and Everything, for example), and the improvised vamp closing I Believe is a waste of time. Tony Tompkins does a good job with Your Song and Have A Little Faith In Me, but right after he hits his peak on Faith he shows his weakness on the recovery. Conversation is well matched to soloist Dan Sinclair, who brings personality and energy to the tune, but the arrangement, the performance of the block, and the mix seem determined not to support him in his efforts.

As I said, there are good moments, but never can I listen without complaint. All For You has one of the better arrangements on the disc as far as being full with few voices, but the "You, All for you" riff annoys me to no end. Street Spirit (Fade Out) creates an awesome ambience but the lead lacks the desperation required to pull off a Radiohead tune. A weak lead also mars You Give Love A Bad Name, although the duet in the closing section does a lot of work to rescue it.

Lastly, I should mention the two originals by Steve Howe that open the disc. The title track is rather simple and cheesy, but serves its purpose as a catchy introduction to the disc. Newest Creation has a nice melodic/harmony idea for the chorus, but this is manifested awkwardly in the arrangement. Typical of the disc as a whole, there are some aspects I can appreciate, but I'm left wishing that everything could come together at once.