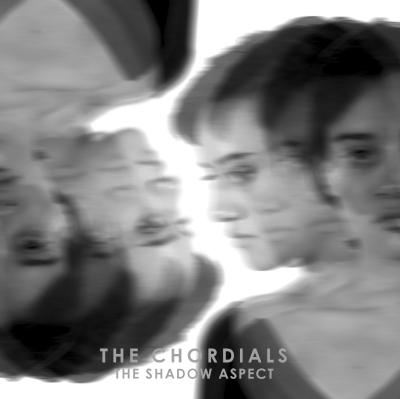 The Chordials of Cornell University took a real risk with their latest release, The Shadow Aspect. This album predominantly features repertoire that, while subsumed under a very broad "pop" definition, very clearly favors newer-on-the-scene artists who create work that lives in more niche sub-categories like "indie rock", "folk rock", "country rock", and others. Perhaps these shades of pop music are what's meant by the album title, The Shadow Aspect, but if so, I'm afraid the Chordials have missed their mark a bit. It's precisely the lack of shadings that prevent this solid album from being a truly great one.

Peruse the artists whose work is covered here — all properly credited in the very thorough liner notes, so kudos for that! — and you'd be hard-pressed to find anyone who doesn't have a signature sound. And in almost all cases, it's a signature sound that has raw, frayed edges to it. That has real distinction. That has grit and character and specificity. That has — as the album title might suggest — "shadows".

The fundamental problem, then, is that in almost every case, the Chordials and Steven Goldman of Four Legs Records have stripped this material of its quirkiness and individuality and painted with a limited pallette of colors, and what's more, seemingly the same pallette on most songs. That might work if this was an album of Rihanna, Justin Timberlake, Lady Gaga, and Usher covers but it really undermines any chance this album has to live up to the novelty of its repertoire choices.

As a secondary but related issue, there's also far too much mimicry in the arrangements — a problem that abounds especially in collegiate a cappella but one which I thought would not plague the Chordials quite as much based on their prior release, Pulse. The obviousness and insistent presence of the "CHUN-ching, chicka-CHIN-chin-JAH-din" motif that dominates — nay, overwhelms — Barton Hollow and the attempts to recreate the picked guitar in The Cave practically had me screaming at my speakers. Find better ways to capture the essence of the song than singing every note played by the instrumentalists — please!

With all of that said, my scores for The Shadow Aspect aren't bad at all and the truth is, if you like the originals, and you enjoy a cappella, you'll probably enjoy hearing them as offered here. The arrangements are generally solid for what they are. The voices can get a bit "legit" at times and the backs do sometimes get a bit mechanical/robotic, but the ensemble sound is robust, the blend is lovely, and most of the soloists are well-suited to their material.

To me though, it's still an opportunity lost. A terrific idea and a noble effort that just falls a bit short in the execution.

I honestly don't know where to begin. Initially, I wanted to tell the rest of the world to just stop making a cappella recordings. JUST STOP. Nothing will be able to compete with the overall mastery that has become de rigueur for the Chordials of Cornell University. That's highly hyperbolic, but while The Shadow Aspect isn't perfect, the ladies and gentlemen are simply sublime with a level of sophistication that belies being in the collegiate realm. From the variety of songs on the album to the gorgeous production values and exquisitely energetic performances, The Shadow Aspect works on all "ahem" aspects.

The team of arrangers succeeds at every genre that could be a potential challenge. As usual, Carolyn Rogers and Shannon Lawrence teach the world what it means to be great arrangers. And they've taught their progeny extremely well as Harry Davis and Emily Lutz ensure that making great music is definitely in the foreseeable future for the Chordials. It's hard to explain how inventive the songs are while never being distracting or shouting "Look how cool I am!" With a few exceptions, each arranger knows how to walk that fine line between the two.

Lights is a great opener. Part ethereal madness, part crunchy dance pop, the song builds from the pixilated opening chords to the pulsating neon of the choruses. Picture a jam-packed dance floor at 2 a.m., and more than likely this is one of the tracks in the DJ's mix that's keeping the party going.

Sometimes the order of the songs is a bit discombobulating. For example, following up Lights' bubbly concoction with the decidedly gripping wail of Plain Gold Ring seems odd at first. There is a lot of back and forth between hyperkinetic pop and gut-wrenching ballads. I get the feeling that some of the tracks are more singles plopped into place rather than a complete through line. But I don't really care. Plain Gold Ring does Nina Simone proud, though Music Director Harry Davis' arrangement does de-Kimbratize the track and focuses more on the soul of the original. Ain't nothing wrong with that! Funnily enough, the third track Save Me, originally performed by Kimbra's countrymate Goyte, serves as a better follow up to the opening track, but that's a minor quibble.

Bizness is all business and is one of the most intriguing tracks that I've heard this year. Boom. (That's a mic drop for the arrangement, percussion, production, and performance. STELLAR.) On an album that could have had several tracks selected, I'll go on record and say Bizness was a must-have for sing 10: neon.

And I want everyone to find out what the hell Jay Grollman's mama fed him as a child to get that kind of wild abandon when singing. Lies slaps you in the face from the first note. The only other singers that I've heard recently that give that kind of emotional catharsis are Vocal Rush's Sarah Vela on Let Us Be Loving and the N'Harmonics' F. Michael Haynie singing Whipping Post.

With a lesser group, the slight decline in excellence with the last third of the album would have ruined the whole experience. Smartly, the Chordials programmed the strongest songs up front (again, possibly because of a singles mentality) so that by the end it doesn't matter all that much. But some of the tracks do seem underdeveloped when compared to the rest of The Shadow Aspect. I would have preferred ending with Bizness to give a final punch in the gut instead of the more swampy Nothing But the Water which leaves a mere shadow of an impression as it simply peters out.

If you like your a cappella evocative, percussive, energetic, and excellent, the Chordials are the group to listen to, and The Shadow Aspect is the album to own.

Yet again, the Chordials have produced a top-tier album with The Shadow Aspect that'll carry its weight for years to come. The arrangements — here and in the past — are just so much harder and more thoughtful than typical collegiate group fare. Combine this with well-armed soloists — also here and in the past — who are in line to become Chordials Legends, and this group just operates on a much higher level right out of the gates. Add in stellar complementary production from their savvy go-to guy Steven J. Goldman, and the Chordials are really just competing against themselves now. What more do you want? Hair-raising energy? Yeah, that's here, too. Grab your tickets to this show.

I suppose any of these tracks could wind up your favorite, which is rare for collegiate discs which usually feature clear highs and lows. I definitely don't recommend cherry-picking tracks for digital download; listening to The Shadow Aspect from start to finish with this line-up of leads in the wings is just too satisfying. And it really is like a play, with perfect casting resulting in a huge audience impact, and delightfully, we get the best seats in the house. Will your favorite end up being Plain Gold Ring, a true journey of a song that features Shaye Torres, one of the best female collegiate soloists who can capture the faintest nuances of power singing? Or maybe you'll gravitate toward the enchanting storytelling of Jay Grollman on Lies, or the angel-fell-to-earth feel Kellie Haselkamp delivers on The Light. Note for note, track after track, every soloist here really makes the song, giving it a unique personality stamp across the bar lines. What's happening in Ithaca to produce results like this?

The Shadow Aspect is lush, inventive, and captivating, which is how I still feel about the group's last release, Pulse. Here's hoping the Chordials keep finding new ways to entertain and inspire.