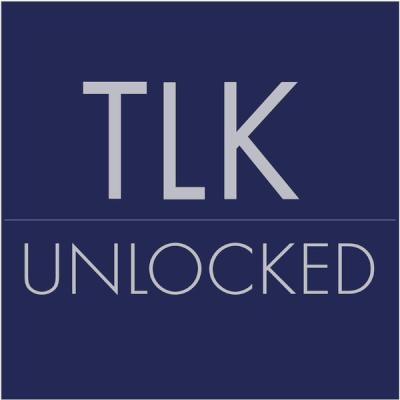 The Lost Keys made a wise choice to record a 5-song EP for its first release. The short-tracklist format really works here, because it gives this newer group a manageable song list to help figure out its strengths and weaknesses in the recording studio.

The Lost Keys certainly have a lot to be proud of on Unlocked. The NYC-based coed group has three songs here that capture a sultry, haunting tone. The beginning of Burn is especially memorable: the song creeps in slowly and certainly sounds different than Ellie Goulding's original, which shows off the Lost Keys' point of view right from the start of this EP. Creep is similarly eerie, and Barton Hollow ends the EP on a strong note.

But there are a few moments that don't seem to fit here. Classic/I Want U Back is a bright pop song that just doesn't mesh with the tone of the rest of Unlocked, and the rap in the middle is especially incongruous. (The liner notes show that it was written by former member Blake Brandes, who is writing his own motivational hip-hop album. So the rap obviously has importance and context for the group, but it doesn't flow well here for listeners). Later in the album, there are some blend issues between the soloists on Barton Hollow, which make the song seem a little less polished than it could be.

There are thirteen singers featured on Unlocked, but the group never sounds that big. Although some might complain that they could've achieved a bigger sound at times (and that is true), I actually think TLK's sparser approach is a good thing: these songs and arrangements don't have a lot of unnecessary clutter, and the sparseness in these arrangements allows the songs to breathe and the most important parts to come to the front. Unlocked is easy to listen to, and with one track in particular (Burn), The Lost Keys have shown a strong point of view. This EP is a solid start for this four-year-old NYC group.

The Lost Keys have unlocked the secret to great a cappella in the group's new EP, Unlocked. This NYC-based group may have lost its keys, but has everything else needed right in its pocket. Unlocked features amazing solos, innovative arrangements, solid beatboxing, and top-notch production value to turn this five-track appetizer into a full-blown meal of a cappella goodness.

Every song on this EP gives you something new and special. Take Burn for example. Elements from My Songs Know What You Did In The Dark merge with the song to create an intensity that draws you in from the very beginning. The mash-up, Classic/I Want U Back had the potential of being cheesy beyond belief; while there is a bit of cheese, the clever shifts between these two songs tell a complete story.

Creep is a true gem. Although the slow build at the beginning is certainly powerful, the seemingly off-tempo solo at the end is brilliant. The shift between the male and female soloists is also a great choice. Both leads kill it.

I'll admit that I was a little concerned when I heard the "doom ba digga da" in the bassline of How Come You Don't Call Me. Thirty seconds later, I was completely on-board. This lounge-y, jazz-y track is fantastic. It takes a great arrangement and a great soloist to pull a song like this off, and we get to hear both. To round out the album, Barton Hollow manages to rock hard while making you care about the lyrics. It's dark and edgy and the perfect way to finish.

The flow from track to track and the shift from fun to serious is flawless. What's more, if you put the album on repeat, the transition from Barton Hollow to Burn is seamless. I personally can't wait until the next time I find my Lost Keys!

From the very first few moments of Unlocked, I could tell that I was in for something special. This is the debut EP for the New York City-based Contemporary A Cappella League group, who came together back in 2011. This five-track album certainly offers everything — incredible solos, cohesive and dynamic background vocals, and some creative takes on some current and throwback charts.

The first track, Ellie Goulding's Burn, immediately grabs your attention from the start, as the group took Goulding's upbeat and pop feel, and turned it into a darker and more "alternative" tone with killer percussion and an incredible solo by Colleen Clancy. The dark tone comes from some repeating motifs from Fall Out Boy's My Songs Know What You Did In The Dark, specifically the "Oh"s and "Light it up-up-up", which blends perfectly with this track. That being said, I would advise the group to be more careful with the credits — even though it's easily recognizable, there is no mention of the Fall Out Boy track in the liner notes. The group does include both songs in the notes for the next track, however, which is a mash-up between MKTO's Classic and Jackson 5's "classic" hit, I Want You Back. While Classic is definitely the feature track of the mash-up, the group does very well in blending the two songs together in a way that's not jumbled or forced. Rather than singing both at the same time, the arrangement flips between the two tracks, which works very well. And I can't talk about this track without praising the group for creating a great rap lyric in the middle of the song — a job well done.

The third track, Radiohead's Creep, comes with a twist as well — no background vocals for the first minute of the song. With just the soloist, Keiji Ishiguri, and the background harmonies up until about 1:15 into the track, this creates pockets of silence between each line of the verse, giving the lyrics even more power than they have on their own. I can really feel the desperation and crushed feeling that the soloist needs to convey, and the pockets of silence only add to that desperation.

After Creep, I was wondering what the group could possibly do with the final tracks. However, I was a little let down with How Come You Don't Call Me, and not because I think the song is done poorly. Jenny Baik delivers a strong solo, and the background and percussion complement it very well, albeit maybe a little overpowering in the bridge, but that's being picky. However, after the previous three tracks, which offer a number of different twists and turns, this track falls flat for me as it stays too close to the artist's take on the song, which gets a little repetitive after a while (especially in the bass line). Had the first three tracks not been so different, I may not have noticed as much.

The Lost Keys are off to a strong start in the recorded sphere. The background vocals really impress me throughout — the attention to dynamics and vowel/word choice is noticeable, and complements all of the fantastic soloists very well in each of the five tracks. So, while I anxiously await the group's next EP (or maybe full-length album?), Unlocked will be part of my a cappella playlist for quite a while.