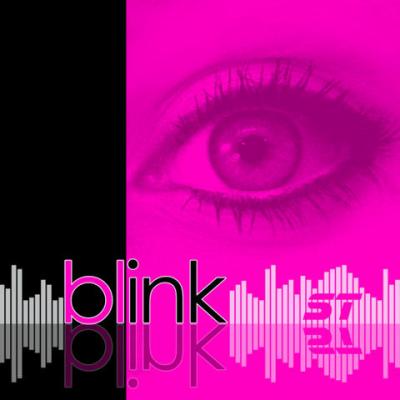 With the first notes of the opening track, Move Along/It Ends Tonight, the Scattertones' Blink assaults the ears with a sound that is technologically tweaked to within an inch of its life. This embrace of technology is unabashed throughout the album and the final product, for the most part, is pretty good.

The song selection is not so interesting, but that is par for the course with college groups these days. I was resigned to listen to yet another Brown Eyed Girl, but the Scattertones' interpretation is unlike any other that I have heard. They slow it down and take it minor — I'm not surprised it was selected for BOCA.

They also toss in the theme song to Teenage Mutant Ninja Turtles, which of course makes them instantly cool.

The female soloists are uniformly solid, if a bit rehearsed, but there are many groups that would kill for that many strong women. The guys are good too, but the ladies really shine.

There are a few annoyances — including the strident soprano line in At Last, but the big dud is I Wish/Wild Wild West, which involves a rap that is painful to get through. La Valse d' Amelie is boring and incidentally sounds the least produced of all the tracks the Scattertones offer.

Blink doesn't make my must-have list, but I expect that purchasers will not be disappointed with what they hear.

I've often wondered why the EP isn't more popular with collegiate a cappella groups, as full-length albums seem to be 30 minutes of blech with one or two good tracks hidden within. Not so with Blink, the latest from the UCLA Scattertones. While its 46 minutes has some ups and downs, all of it is fun to listen to.

If I ever went to a collegiate karaoke competition, I would not want to compete against the Scattertones, especially the women. Wow, the pipes on these ladies are unreal. Typically, a group will only have one or two soloists who can really nail the songs. Yet on Blink, nearly every track features a tremendous solo effort. The diva tracks prove especially fertile for soloist transcendence, and Melinda Porto on Always Be My Baby and Lauren Gould on Soar certainly deliver.

The Scattertones' block singing is adequate but not exactly compelling. As is par for the course these days, tuning and pitch are dead on. While there's occasionally some semblance of dynamics, emotional contrast just isn't there. Blink is all over the musical map, which may play a role in my inability to fully connect with the music. At Last sits next to the theme song for Teenage Mutant Ninja Turtles; All-American Rejects are followed by Mariah Carey and then by Van Morrison. There's even an instrumental.

Then add in the fact that tracks are mixed by four different people. These producers all do a good job, but each has his own distinct style. It's hard to take a coherent musical message from most cover albums, but Blink is especially difficult to follow. Despite its lack of cohesion, at least it's interesting.

The Scattertones have a lot of musical capital to cash in on, and Blink gets about 80% there. In dedication, originality, and raw talent, the Scattertones are at the top of the class. With a little more focus and vision, their next album will be a clear number one.

There's a lot of joy on Blink. From exuberant and clap-along-with-us All My Life, to Stevie Wonder's powerful I Believe (When I Fall In Love It Will Be Forever), and even a short appearance by the Teenage Mutant Ninja Turtles, Blink, it feels like an a cappella celebration.

Brian Zentmyer contributes many fine arrangements on Blink, and his interpretation of Brown Eyed Girl is a show-stopper. It is a slow, moving cover of the Van Morrison classic, with a line of somberness running through the familiar melody. It's so interesting and effective, that I wondered if At Last could receive a similar shake-up. Or maybe there could be an entire Scattertones album of reinvented classics!

Two of Zentmyer's arrangements that could use another edit, however, are Move Along/It Ends Tonight and I Wish/Wild Wild West. The former, co-arranged with Larry Tu, might certainly improve as two separate songs, since It Ends Tonight rolls into the middle with such fleeting beauty and power that it merits standing alone. As for the latter, Stevie Wonder's I Wish and Will Smith's (featuring Sisqo) Wild Wild West is about as unusual of a pairing as one can smoosh together. Still, credit to Zentmyer for experimenting. Hearing his version of La Valse d' Amelie was a treat, too.

On the soloist front, ain't no woman bigger and badder than Melinda Porto on Mariah Carey's Always Be My Baby. Lauren Gould also does Christina Aguilera justice on Soar, which is a pretty tall order to fill. And beautiful In Your Eyes is made even better by Zentmyer's strong lead. The Scattertones are stacked with talented performers.

Blink showcases many strengths and many great selections. It's definitely one to buy and enjoy.

To order this album, visit the group's website; questions may be emailed to the group.