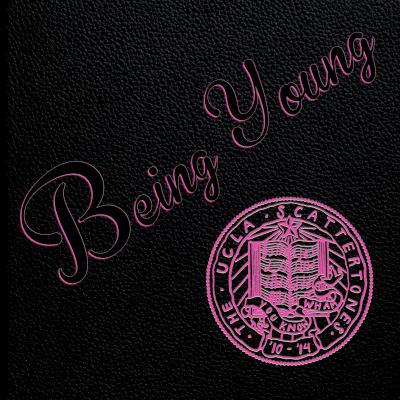 Roughly four years have passed since Wherever You Stand, which, to our collective benefit, means we're due a CD release from the UCLA ScatterTones to catch up on what they've been up to lately. Mind you, I haven't reviewed a ScatterTones release before, but I've followed the group's development — especially over the last few years — so I was excited to receive Being Young to hear how what I've seen on stage translates in the studio. And thankfully, it's (mostly) been worth the wait.

For starters, you couldn't really ask for a better opening track than C'mon Talk. Listening to as much collegiate a cappella as I do, you hear groups try all sorts of unexpected openers: slow, atmospheric, mellow, gimmicky, etc. But quite honestly, give me an uptempo, tightly arranged, energetically sung, well-produced opening track, and even if I don't love the stuff that comes later, you're more likely to get the benefit of the doubt for getting off to such a good start. The ScatterTones don't really need much "benefit of the doubt" on their subsequent tracks, but Russell Angelico does a magnificent job of starting minimalist and building gradually. We don't need every chord at every moment, and we don't get it. Instead we get accents and flourishes to start, used rhythmically. Then the pads get layered in and we develop into a more lush and full arrangement. It's effective and engaging and the groove it sets is almost impossible to resist.

Of course, the last several years of the ScatterTones has also given them the good fortune of having India Carney as a member of the group — for her singing voice, of course, but also for her arranging skills. The closing track, though compelling, is not my favorite, as it gets loud quickly and stays loud (borderline yell-y) for too long with too little going on. But the Beyoncé Crazy in Love/Deja Vu mash-up works well — especially the slow jam on Crazy in Love and using a male soloist to contrast against the female soloist on Deja Vu. And then we get Stop This Train, which is Carney's arrangement and also probably her best solo work on this release. The longing and pathos is palpable and — thankfully — not in a musical theatre way (which is one of the knocks against No Woman, No Cry), but in a manner entirely appropriate for the material — and the vocal runs towards the end are thrilling.

Tech work is terrific, with mixing by James Gammon and mastering by Dave Sperandio. I hear fewer, if any, of the recording issues that have plagued prior efforts, so the smooth, polished, professional sound is even more impressive. Also unmistakeable is the group's unflagging energy that shines through on every song — even the slower tunes, where the energy translates into a powerful intensity.

As for room for improvement — as is the case with so many collegiate groups — some arrangements still feel, at times, like they have been saved by the post-production process and/or by the aforementioned energy with which they are performed. To wit, Proud Mary could have easily been a "5" if the arrangement had taken one more step in development through the second faster verse and beyond with more rhythmic invention and ornamentation instead of hewing so close to the original and basically repeating the moments we've already heard earlier. Ditto for Thinkin' Bout You, which portrays an old ScatterTones tendency to build, get big and loud, and stay there. The music-making is always passionate, but the lack of variation in the back half of the song, coupled with the extreme volume by the very end, makes it a bit much to take. Paradise is a good contrast on that front, using varied dynamics throughout the arrangement and building and reducing the texture and range of the sound several times so that there is a natural and effective ebb-and-flow.

The worry, of course, is that the natural attrition of scholastic a cappella — basically all of the "best of"s on this CD have now graduated — will wreak havoc on the group's upcoming work. But the ScatterTones have been very good for a while, and with this album we even get several glimpses of great. I'm certainly keeping my fingers crossed that the new crop can keep the legacy alive.

After a five-year absence from releasing albums, the UCLA ScatterTones are back on the recording scene in mega-huge fashion with Being Young. To say Being Young is a flashy album seems too mild; this is a blinding work, full of tippity-top production value (Donald James Harper, Taylor Fugit, James Gammon, Dave Sperandio), and more vocal talent than you can process. The similar arrangement style, the powerhouse soloists, the Avi Kaplan-like bass; you'll listen convinced that this is simply Pentatonix with more members.

Those five years were well spent, in and far away from L.A.; perhaps most notably, the group made three consecutive trips to the ICCA Finals (2012 — 2014). And perhaps you recall the group's standout talent from that era of the ICCAs, India Carney, who went on to place in the Top 5 on season 8 of The Voice? Good news: your favorite India aca solos and arrangements are right here on Being Young, including the absolute riff-run insanity piece Stop This Train, which will likely never again be performed with such agility and command, ever. Each time India pops up on this album (which is delightfully frequently), I guarantee you'll sit up a little straighter, lean in a little closer. So there's reason enough to purchase Being Young: to celebrate vocal achievement, to celebrate our art.

On each and every track, the soloists are so outrageously talented that the background could be a noisy blender and I'd have to respond, "Too bad about that pesky blender, BUT WOW!" Particularly amazing performances are delivered from: Rishi Menon, who's batting his bedroom eyes for a fresh Crazy in Love; Brett Blackiston with a chillingly powerful solo on Bob Marley's No Woman, No Cry; the aforementioned India Carney on her own arrangement of Stop This Train; and everyone who is in front of a microphone for Wavin' Flag (so yes, the entire group at large; you just have to hear this inspiring masterpiece, because it takes everyone).

Being Young is amazing, but not perfect. It's incredibly loud, all the time, which I've made peace with, but not everyone will. Also, that one of the best collegiate albums from recent years arrived to our review board with a blah physical album package that's missing requisite songwriter credits is a disappointment. And, that you can hear the occasional little recording remnants or discrepancies through headphones — a choppy cut-and-paste entrance, a lead that's too far back in the mix — is rare, but noticed. But far more noticeable are the moments that are signature ScatterTones delights: the quick little jazz chord to finish Thinkin Bout You followed by the rain; the permanency in the authentic fervor on Wavin' Flag; and the unmatched group sound throughout. Being Young is one to relish.

Being Young is a good example of how poor production and performance choices can completely ruin a recording. The ScatterTones of UCLA can definitely sing, there's no question about that — these leads have good range, and the backs have good pitch and blend. But the volume is way too high throughout; a group that pushes its energy, intensity, and volume up to the proverbial "11" will wear out its listeners and eradicate any emotional impact its songs might have.

Coldplay's original Paradise was a mid-tempo ballad, but the ScatterTones' frenzied percussion gives the song an air of chaos that just doesn't fit. Thinkin Bout You rarely fluctuates in volume, and the constant loud brightness makes the song monotonous, not tender. Several of these songs have quieter intros (Atlas/Garands and the Tina Turner-ized Proud Mary) that then explode into a loud, shouty performance for the rest of the piece.

Lest my words here be written off as some kind of personal bias, let me state for the record that I have no issues with loud music or aggressive percussion — I am a metalhead, after all. But loudness and blast-beats just for their own sake rarely make a powerful performance, and the volume and density of these arrangements/performances don't leave these songs any space to breathe.

On Wavin' Flag, the harmonies in the middle of the song sound like they might be gorgeous, but they're so drowned out by the volume of the backs that their power completely loses its impact. The jubilant climax at the end of the song should also be quite powerful, but it's hard to listen to even more shouting after being shouted at for the first two-thirds of the song.

Overall, Being Young is a disappointing release from a group with such high vocal talent. I wanted to feel what these singers were feeling in these songs, and instead, my ears are exhausted from the group's unnecessary volume and vigor. The ScatterTones come close to a gentle performance with No Woman, No Cry, but even that doesn't have a range of soft dynamics to balance out the booming louds. It's the best performance on Being Young, but it's still a miss.

Being Young is available on iTunes, Loudr, and Spotify. You can also visit the group's website at scattertones.com.