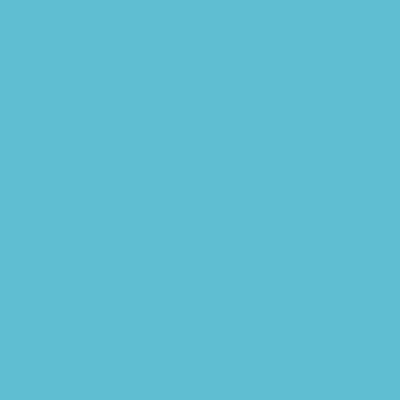 Reverse Osmosis has a sweet sound, by which I mean light and youthful and pleasing, in enthusiastic fashion. The effect can be pronounced when the group is trying to rock out. They do, but ... sweetly. That's not quite the same as nice. It's also not quite the same as actually rocking out. At least not on a recording for strangers.

This record sounds like actual singers doing actual singing all the way through, which might please the purists but rarely gets you all the way to rock 'n' roll. Pitch and blend are inevitably in flux, and it also affects the album's emotional tone. For example, Take Your Mama has a good groove — and it's adorable. Very sweet. Later on, Carry On Wayward Son has some pretty cool arranging moments and some admirable deadpan, which is both hard and necessary when covering an instrumental-heavy song like this one. Still. It's kind of a silly song to begin with. You can't get past that when your cool arrangement circles back to "yup-bup-badadum" every time the central riff comes up. "Yup" is just not cool, and not ever gonna be.

The sweetest songs are some of the nicest. Chicago, The Luckiest and Amelia's Missing are winsome and winning. Soloists Jackson Lanzing, Christopher Higgins and Carl Petrillo do lovely jobs with their respective tenor turns. Higgins turns in a great performance that wouldn't be out of place in a Sondheim show, and I mean that in a most complimentary way. Petrillo is less technically accomplished, but the catch in his voice got my attention during each listen. His voice is warm, and — there it is again — sweet. I wonder what he might have done with his own song, You Don't Know Me Very Well, a well-constructed rock and roller. It's a good song, if not a great performance, with the solo handed off to a game but quavery baritone.

You Can't Spell Rock Without RO does rock some, on demand and as needed. To the outside listener, the group may not come across quite as cool as they may have intended. Still, they did a good job, and it's always nice to hear a few sweet songs.

In his review of USC Reverse Osmosis's self-titled 2007 CD, my colleague Thomas King wrote: "Unless you are Madonna, Janet, The Beatles or Bon Jovi, if you can't think of anything better than to self-title an album, consider holding off until there is better material available for you to sing."

Much to my chagrin, I'm here to tell you that Reverse Osmosis hasn't found a better name for their latest effort — the incredibly clumsy "You Can't Spell Rock Without RO" — and the material, or more specifically its arrangement and performance, is actually a step backward for this perennially talented and energetic ensemble.

To its credit, this RO album is always interesting. And if that sounds like damning with faint praise, that's purposeful. Save perhaps for the first two tracks, there just isn't a single song on this album that feels well-conceived from top to bottom. Something is always lacking, and more often than not it's more than just solo, arrangement, vp, blend, or production alone.

I should say that much to my delight, the one element that is always present is the "humanity" of the voices. Despite plenty of post-production, you're always very aware that people provided the fundamental basis for the sound. That's really quite refreshing, but with humanity comes flaws, and there are just too many here to ignore.

On the arranging front, David Stal is ceaselessly inventive with his choice of syllables, but an unusual string of consonant-vowel sounds does not an arrangement make. What's more, not every song needs a hip-hop VP line behind it — or if it does in order to create the illusion of energy and movement, something is fundamentally wrong with the arrangement. Hence "BA-doom doo-WOOOWWWWW yum-pum-pugga dum" is cute for the opening of Carry On Wayward Son, but the hip-hop VP seems to be dragging this song, unwisely, towards Lady Marmalade territory. The endlessly repetitive Deliver Me is a difficult song to keep fresh under any circumstance, so while "a-WAH a-WAH a-WAH wa-ow" is a nifty motif, we need more to stay engaged. And What a Feeling!? Well, the wisecrack writes itself. This song is a mess — the opening obsessed with syllables and arpeggios that the feel of the song is lost, the balance of the song featuring a stilted, boring "bah-bah-bah" background, a bridge with cheesy repeats of the song title, a mechanized final chorus and a solo that feels alternately nasal/whiny and earnest/Broadway-esque.

Speaking of solos, this is often an area where collegiate groups can bail out their lesser arrangements, but RO doesn't seem to have that working for them this time around. In addition to the aforementioned What a Feeling, The Luckiest and Look What You've Done also feature solos shading towards the over-theatrical. The soloist in I Have Nothing gives it a good try, but no amount of volume can cover the pinched nasality in her upper register — just hitting the stratospheric notes is not enough to make it pleasant. And Carry On Wayward Son's soloist has a lovely edge, but what it's doing matched with a Kansas cover is beyond me.

To be sure, there's talent aplenty in Reverse Osmosis, but well-meaning people make mistakes. And there are just too many poor artistic choices made here that prevent me from recommending that you CK out RO.

Reverse Osmosis has a definite knack for delivering solid performances on album after album. You Can't Spell Rock Without RO is no exception to the trend. And yet the album also continues in their not-so-fantastic ultra-bland tradition. Everything sounds really safe.

The arrangements suffice, but none are truly earth-shatteringly remarkable. They are pleasing to hear and seem really fun to sing. David Stal does do an admirable job with the Kansas cover Carry On Wayward Son in bringing out some of the jazz influence inherent in the original. The middle instrumental sections are a joy to hear and the end choral section is a pleasant surprise. But the arrangement should have been more focused so that it led up to an ending that really exploded.

The production is top-notch without being overbearing. A lot of the mixing tends to make the tracks seem even more natural sounding, just slightly enhanced. Rarely do you fail to realize that these are human voices singing the lines. That approach works well on all of the tracks save for Deliver Me. A harder, more processed effect would have given a more "rock" feel to the song.

Throughout the recording, the lows are very warm and the highs are pristine without being piercing. And that's difficult when you have some wailers in the upper register. Yet, the compression needed to take off the rough edges when recording compromises the vitality from a lot of the music being put out today. There is a tendency to believe that dynamic levels should be sacrificed or sublimated to effect harmonious EQ levels. I really don't think that should be the case. If something is going to rock out, I want to hear the eardrum-damaging fortes and the whisper-soft pianos. This is mandatory if you name your album You Can't Spell Rock Without RO. Most of the tracks have had their spark taken out of them for that reason. Still, the group hints at potentially excellent swells and beautifully arched phrases throughout the music, especially in the opening track Call Me When You're Sober. My beef is that the arches are more reminiscent of McDonald's than St. Louis.

Reverse Osmosis is full of great musicians. Their energy fairly sizzles. Their blend is wonderful and the balance between the voices is on par with some of the best choral groups in the country. I really dig the RO sound.

The soloists are often devastatingly brilliant. Christopher Higgins's turn on The Luckiest is just beautiful. And Jackson Lanzing's versatility is evident when the smoothness of Chicago is juxtaposed against the grittiness of Deliver Me. Even the group numbers are pretty consistent in sound, quality and technique. Though Take Your Mama does give the guys a lot of problems in tempo and diction, which brings an amateurish quality to the performance. Words are so clipped at the ends of phrases that the point of the lyric is often missed. That is an unfortunate blip on an otherwise fun little number.

Though the latest album by Southern Cal's Reverse Osmosis doesn't rock in the least (unless you think a Glee Club can rock — television spectacles notwithstanding), it is a good album. So get it and enjoy some solid singing.

To order this album, visit the group's website or iTunes.com.