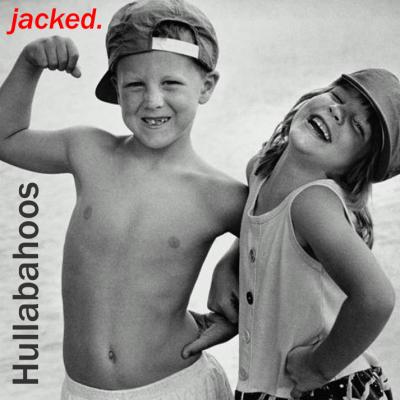 The Hullabahoos are the collegiate a cappella group to beat and Jacked is the proof.

Rare from a pro group, much less a collegiate group, the Hullabahoos deliver mature, soulful pop solos, deft arrangements, sensitive musicality, and high energy in one package. Great mixing, mastering and production are the icing on the cake.

Jacked is filled with contemporary and classic pop, R&B, and a little country crossover (this is the University of Virginia, after all). Amazingly, the songs are not only excellent in their own right, but make for a pretty solid mix, despite the diverse genres. Perhaps that has as much to do with the excellent performances and consistent production as the programming.

I was just about to write the words "I particularly enjoyed…" when I realized that what followed was about 3/4s of the tracks on the CD. This is a hot CD and it's pretty tough to choose favorites. The Hullabahoos can pull off enough of an urban sound to make songs like Hey Ya, No Diggity Cry Me a River, and Where is the Love sound sufficiently "street". But without missing a beat, 19 Something, Big Yellow Taxi, arranged beautifully by John Stanzione, and even the Jesus Jones classic Right Here Right Now can conjure a genuine enveloping melancholy.

One criticism: The liner notes don't indicate the composers or publishers. That leads me to believe that Harry Fox had nothing to do with this release, and that's too bad since artists should support other artists. One wish: The Hullabahoos are creative arrangers and great singers; they're ready to take it to the next level and add some originals to their repertoire. Here's hoping they do.

That said, let me repeat: Jacked kicks ass. Long after the last Hullabahoo on this CD has graduated, Jacked will still be in heavy rotation on this listener's ipod (or whatever music lovers use in the future). And now back to the repeat button.

Jacked., the latest release from the Hullabahoos, finds the talented group sitting nicely in their groove, providing smooth sounds, solid soloists, and good tuning on decent arrangements. There are moments of greatness on the disc, although the latter half of the disc leaves me wanting more from the group.

They have made an improvement on the sound from their previous effort by giving me more meat in the lower registers and smoothing out the top voices. The tuning is still solid throughout, and the percussion is good enough to support the group, while never really catching my attention and blowing me away. The production is good, with a couple sparkling moments in the verses of The Remedy and on the rap in Where is the Love.

Some highlights: Russell Bloodworth has a couple standout solos with Justin Timberlake's Cry Me a River and Maroon 5's She Will Be Loved. Big Yellow Taxi is the best listen on the disc, with a committed solo from James Kelley, passionate performances from the background, and a phenomenal arrangement by John Stanzione that utilizes the group's voices to create wonderful textures while consistently creating more depth and draw. Where is the Love (originally performed by the Blackeyed Peas) is the most successful hip-hop tune on the disc, although they manage to do a good job with Hey Ya (I'm already so sick of the song, and I know there are multitudes of a cappella versions on the way), and No Diggity closes out the disc nicely.

Despite some of the great tracks on the album, there's a lot of filler here. The arrangements sometimes come off as a bit routine, and when that is coupled with uninspired performances, the tracks do little for me, though fortunately the worst offenders in the filler category are wisely put in the second half of the disc. Higher and Higher is the clunker of the disc with a grating arrangement and an outmatched soloist.

Jacked. is definitely a solid effort. The group is still at their peak on ballads, and they fare well one the hip-hop and alternative rock tunes. They even do a reasonable job with country (19 Something), although after hearing several a cappella country attempts with believable soloists, I am now wondering what it would take to make the backgrounds sound as country as the leads. I expect good things from the Hullabahoos, and when things come together, they can definitely deliver.

Having previously reviewed the all-male University of Virginia Hullabahoos' last album, You Don't Know Me, I was very pleased with the quality of their latest, Jacked. It shows vast artistic improvement, particularly in their ability to present diverse styles. Yet despite these improvements, the Hoos still have a ways to go.

The thing that most sticks out about Jacked is its freshness. Hey Ya, the ubiquitous Outkast single, opens the disc. The Hoos managed to be one of the first to get this song out on an album (and there will likely be many imitators), and they have set the bar high. One of my biggest quips with You Don't Know Me was its overachievement, with the Hoos performing myriad genres but not really getting them right. Here this is completely reversed. They present rap, hip-hop, alternative, ballads, rock songs, and an incredible eighty's track, and all are done well.

The success comes from two factors: arrangements and engineering. Bachmann, who has arranging credits for all but one tune, has built some complex and well suited arrangements for the Hoos. With a single author, there is an overarching framework that keeps all the tracks similar; yet Bachmann tries to capture the feel of each tune differently. The Remedy is his best work, with a rich bridge and addictive energy in the parts. The group also benefits from the tutelage of Dave Sperandio, who brings experience with many genres to the table. Much of the success of this album is owed to dio, and his penchant for doing hip-hop well.

Despite these successes, there is room to grow. I had two consistent complaints with the album: soloists and auto-tune. Across the board all primary and secondary soloists are mediocre, with the exception of a spirited Justin Timberlake performed by Bloodworth. In general, the soloists tend to imitate the originals a little too much. Hampering the soloists most, however, is the auto-tune. The energy of the leads falter because much of the natural ebbs and flows of the voice have been eradicated by auto-tune. Background vocals are also heavily auto-tuned, yet have been tastefully mixed and covered with percussion to take the offensive edge off. The leads are too exposed to be covered up, and they just sound boring and fake. The worst offender is Higher and Higher, with backing, primary, and secondary soloists heavily auto-tuned, sounding more like a synth than a voice. Its consistent use throughout the album becomes tiring to listen to.

The Hulabahoos have made a solid album. If they continue to improve and drop some of the auto-tune their next will be unstoppable.