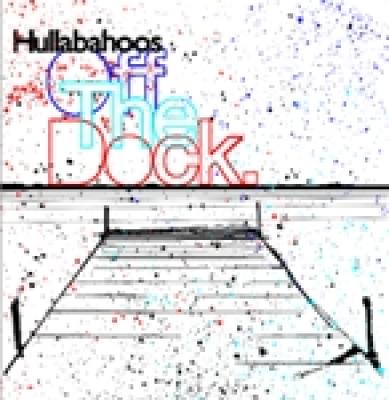 I really dig an album you can dance to. The Hullabahoos got that part down for at least half the disc, elevating a collection of good performances into an excellent album. I'm not convinced it's memorable enough to stick with me for the ages, but this is definitely one of the nicer recordings I've heard all year.

Off The Dock covers the waterfront of genres and tempos, generally quite smoothly. After a high-energy country-rock opener, the Hullabahoos skim across a sea of boy ballads, hip-hop and top 40. Teenage Dirtbag is probably the most memorable performance, with a convincing solo and a great arrangement by group member Carson Oliver. But California Love, with its electronica riff and driving rhythm is another excellent contender. I even liked Sunday Morning for its danceable groove, even though the source material is less than inspiring.

Production on this album is generally tight and shiny, while often allowing the underlying voices to come through in the lower registers. The high block chords that introduce some of the slower songs sound crisp and too tuned to be live, which I think is the correct decision in this day and age. A handful of songs stood out as rougher than their fellows — interestingly, these are the four tracks (1, 11, 12 and 13) that the liner notes say were recorded with Paul Briar as the engineer instead of James Gammon. Apparently it made a big difference — Save a Horse (Ride a Cowboy) had great energy but could have used a little more studio magic for some extra new Nashville veneer, and Midnight Train to Georgia has a downright raw background despite a nice solo and good momentum.

If this album is any indication, Gammon may be quite a comer in the a cappella recording world. He's already known as a talented musician. He is said to have sung the dulcet solo on Poses for the Academical Village People, one of the University of Virginia's other all-male group, on a recent album. Yet for the rival Hullabahoos he donated his creative and interesting arrangement of District Sleeps Alone Tonight which closes out Off The Dock in fine form.

Between Gammon and their own indomitable groove, the Hullabahoos have made a fine new recording. Here's hoping for many more in years to come.

Making the follow up to Jacked, one of the best collegiate recordings ever, can't have been an easy task. Jacked had a perfect balance of high energy fun and honest delivery. Two years later, I'm tearing open the packaging to Off The Dock — which as you know is a pain with CDs — and shoving that baby in the slot. I must have listened 20 times before writing this review and I'm still a little torn.

Great production, great leads, and solid arranging lead me to score Off The Dock very highly. But I'm itchy about it. Something in the programming is just a little less compelling on this disc. It starts off strong with the crossover country hit Save a Horse (Ride a Cowboy) which is pure high energy fun. But then we get a long series of anthems and ballads until California Love raises the energy again. But even this doesn't sound completely authentic. How street can the Hullabahoos really be? Even though the production is right on the money, something in the delivery says, "Isn't it funny that we're doing this song?". It's fun, but I just couldn't buy it. I had similar problems with the Teenage Dirtbag anthem. The sound is great. The arrangement is great. But the song just sounds like an inauthentic imitation, and consequently a little comical.

Now maybe I just need to lighten up and enjoy the humor of doing some of these songs with such an imitative delivery. That could be. But try as I might, I had a harder time falling for this CD the way I fell for Jacked. Maybe asking the listener to follow the group through so many anthems and ballads and then the serious R&amp;B/rap material made it more difficult. The songs themselves say, "This is serious. You have to believe this.". And despite great singers, I had a hard time getting there.

Now there are exceptions. Blower's Daughter even with its imitative elements, is still powerful and compelling due to a believable lead, great arranging, and the great writing of the original. I Spy is edgy, and head-turning, filled with textures rare in the realm of collegiate a cappella, including some terrific "natural" vocal percussion. Midnight Train to Georgia shines, leaving the original far enough behind to make its own mark. There's a little Motown, a little soul, but still a fresh take and a lead that sinks his teeth into the story. Still Haven't Found What I'm Looking For, as covered to death as it is, sounds phenomenal and fresh anyway with soaring tenors and a wall of sound.

I do recommend Off The Dock. It's got plenty of top-notch tracks, great production, solid leads, rich arrangements … but consider placing the best of these tracks in a mix instead of just playing the CD straight through.

Off The Dock, the latest from the all-male University of Virginia Hullabahoos, promises in its liner notes "classic a cappella arrangements coupled with tracks intended to push the limits of what college a cappella recording can be". Having reviewed their previous release, Jacked, I left off listening to Off the Dock mostly disappointed.

Off the Dock is an apt name for the album, as the group seems to be on vacation. Creativity seems to have completely ebbed from the ‘Hoos. I praised Jacked for its freshness and awesome arrangements. On Off the Dock, the ‘Hoos seem capable of arranging and singing only "ooo", "din", and nasal whines. Crisp arpeggios and articulations notwithstanding, the arrangements seem stale. So does the song selection. A prerequisite for listening is a taste for gooshie ballads. The album sets a decidedly boring pace. Even numbers that could deliver some excitement (Teenage Dirtbag, California Love) seem to ooze where they should punch. Hefty use of Autotune never allows the sound to really fly. Even with the majority of the ensemble singing full voice there isn't a lot of power. The hip hop tracks suffer especially from poor arranging. California Love is so nasal as to be distracting, and Don't Lie is a wash of dins and doos (with a bit of nasal annoyingness mixed in there for good measure). Then both tracks take this poor formula and set it on repeat for three minutes. All the tracks are slim on bass, and this is especially noticeable on these two songs.

One significant standout is the album opener, Save a Horse (Ride a Cowboy). This track leaps from the speakers, accosting the listener with its infectious energy. If this is what the ‘Hoos meant by classic a cappella arrangements, I could use a little more of that. The fun in the guys' (and girls') voices is palpable, and lacking on the rest of the album.

On the positive side, I was amazed at the improvement I saw in soloists. Almost across the board the leads provide nuanced and appropriate performances, from the cocky swagger on the aforementioned Save a Horse (Ride a Cowboy) to the pure dulcet of Fix You. There's even a decent cover of Gladys Knight.

Overall, this album is a step back for the ‘Hoos. A jolt of creativity — and some more spreading around of the arranging credits — could go a long way for their next effort.