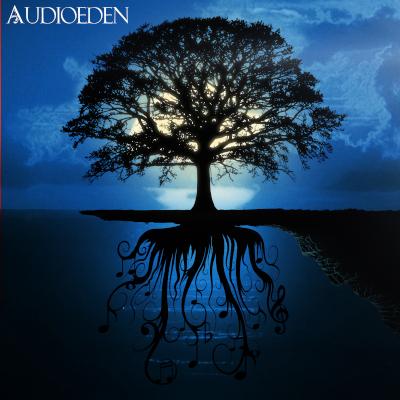 There was a time — going back now around 25 years (!) — when I would keep close tabs on just about anything Off the Beat was doing. New recordings, concerns, whatever. Back when the collegiate contemporary a cappella universe was a lot smaller, they were among the cutting edge groups, at least in terms of repertoire and approach to arranging (thanks in large measure to Gabe Rutman and those he taught and/or who imitated him). Even as that universe grew and expanded, I kept tabs on OTB for a while, listening to each new album they put out even if a fair amount of the music was too alternative and/or hip for my relatively mainstream tastes.

How comforting to learn then — even after not paying too close attention to OTB for most of the last decade, that what held true then continues to hold true now. That is, whatever they do, it's generally going to be obscure, interesting, and/or unexpected. Sometimes even all three.

EPs can also be tricky business, offering nowhere to hide a slightly inferior selection or bury a piece of repertoire that might not fully fit with the rest of the release. To their credit, AUDIOEDEN has no such issues as all five of its covers stand alone as solid work, and collectively, they make for a thoroughly satisfying listen.

As evidenced by my scores, the opening and closing choices are the standouts. Granted, slow jams of originally uptempo tunes like Crazy in Love are not as novel as they once were, but this one was much deserving of its 2016 CARA arrangement nomination. The confluence of so many different motifs in the final choruses might not be to everyone's liking, but it's a "wall of sound" feel that OTB has long championed, and while it's not always my preference, it's quite effective here in providing a rousing climax to the effort. Ditto for Set Me on Fire which — in typical OTB fashion — is perhaps a more obscure alt-rock tune, but one which lends itself perfectly the group's penchant for overdriven and/or distorted guitars, a heavy backbeat, and lots of rhythmic and harmonic embellisments that create plenty of texture.

If the middle three songs fall slightly short, it's not by much at all. Renaissance! would be a tricky song for any group to cover, especially if trying to replicate the drier, acoustic sound in parts of the original. The solo is effectively imitative, but the arrangement is just a little too plain and unimaginative in trying to mimic the colors of San Fermin. Mind over Matter is perhaps a tad TOO OTB-ish — specifically, in its employment of so many made-up, unnatural syllables that the backgrounds start to sound like gibberish. The arrangement works, but it's just a case of excess when it comes to passages that sound roughly like "Young-bah-dim...zhah-yin-doh..." And then there's I'm In Here which the minimal liner notes provided by the group with the digital copy of the CD leave me ill-informed about vis a vis the arrangement. This isn't the beautiful, haunting piano version you may know. This is a heavily guitar-driven and percussive approach that works quite well whether it originated with the group or with another band whose work is being covered. The objection here is that in ramping up the energy of the song, the whole thing never soars as I kept hoping it would. Someone took a chance in adapting this song, but to my mind, they didn't go quite far enough.

Of course, with work this good, I also found myself wishing it wasn't just an EP. But as parity among the top-level collegiate groups continues to raise the bar and makes it harder and harder to find truly exceptional work, five songs of this quality are better than nothing. Hopefully, we get get more of this sort from Off the Beat very soon.

Sigh of relief, AUDIOEDEN is the same sonically dense & screamin' Off the Beat we remember and have loved since we were all a cappella babies, back when this UPenn powerhouse started singlehandedly shaping the contemporary collegiate genre. And the talent on display this go-around? Simply ridiculous.

The creatively dramatic and musically skilled soloists on AUDIOEDEN could all front any hot band on the airways today. I distinctly remember listening to Burn Like a Roman Candle (a mid-history album for this group) while thinking, "Is having a collection of soloists this amazing in one collegiate group normal?" Over a decade later, I am musing the same thing. While I'm impressed with each individual voice that's pushed to the top of the mix, there's something very noteworthy in having the same member take the lead, pen the arrangement, and drum for the same song: the a cappella hat trick goes to David Kipke for Mind over Matter. Also noteworthy: a crazy-low bass chart for the lead in Renaissance!, a rather crazy song in its own right from the poetic band San Fermin, captivatingly delivered here by rumbly Jae Joon Lee. It's just an outrageously memorable piece (the band captured NPR's attention a few years back), that surely presented many adaptation challenges for arranger Anna Kanter, and I appreciate the art and cool decisions on display. But if you prefer more mainstream jams, you'll love the dark, goth take on Beyonce that kicks off AUDIOEDEN with iconic Crazy in Love, turned on its head here to start slow and sultry with lots of classic Off the Beat moaning and groaning before crescendoing into a Burlesque club-style jazz song. Again, very inventive arranging, this time from Jasmine Barksdale and Madeline Kleypas. The only slight step down on AUDIOEDEN is with I'm in Here, with its overly busy background and continual arsenal of effects that start to suffocate the musicality, a problem that starts to creep in again at the end of Set Me on Fire.

It's a pleasure to keep listening to such an ever-present group in our genre remain true to its roots while continually trying to outdo its last effort. The long string of head-banging hits, stylistic copycats, alums of the group who've gone on to do amazing things, and major a cappella awards add up an admirable and enviable history for Off the Beat. If they've always been one of your favorites, AUDIOEDEN certainly won't disappoint.

AUDIOEDEN, the latest release from a cappella recording powerhouse UPenn Off the Beat, features a combination of imaginative covers of popular tunes and a cappella translations of interesting lesser-known songs. One of the most fun aspects of recorded a cappella, in my opinion, is to hear songs you've never heard before in an all-vocal cover and discover the original artist later, a joy I was reminded of through this EP. With AUDIOEDEN, Off the Beat presents clean covers of unknown songs combined with inventive renditions of more popular ones.

Off the Beat shows excellent artistry through two tracks on this EP, which transform the original pieces into something new. The first track, Crazy in Love, begins as a sultry solo and builds to a power ballad duet in imaginative fashion. Arrangers Jasmine Barksdale and Madeline Kleypas deserve a great deal of credit for turning such a popular song on its head and creating something unique and memorable. Soloists Susanna Lustbader and Rohan Waghani deliver a clear, energetic performance. The third track, I'm in Here, transforms the understated Sia original into a song with more tangible chaos characterized by the strong vocal percussion work of David Kipke. Kipke's intelligent arrangement effectively uses dynamic contrast and interesting, contrasting rhythms in this cover. Both tracks are augmented appropriately by rock effects provided by Liquid 5th Productions.

Whereas Off the Beat took ownership of the source material in their covers of Crazy in Love and I'm in Here, they present the other three in a relatively straightforward manner. There is quite a bit to appreciate about them; for example, Jae Joon Lee's solo in Renaissance! is reminiscent of the alluring qualities of the lead vocalist for Crash Test Dummies. Jasmine Barksdale's These three songs are considerably less mainstream than the other three, but the transcriptive translation of Renaissance! and Set Me on Fire into a cappella makes the covers somewhat less interesting than the originals, keeping them from excellence. The textures in the original tracks change drastically from added effects and instrument changes. This could take shape in the form of cleverly arranged syllables, reharmonized chords, or tasteful studio effects. Unfortunately, these renditions lack the textural or harmonic innovation that could make them truly excellent. The group attempts at innovation in Set Me on Fire with a seemingly forced incorporation of My Songs Know What You Did in the Dark, which falls a bit flat. Additionally, Mind over Matter is too busy syllable-wise and features an odd allusion in its foreground syllables to the original artist, Young the Giant, which does not translate well to a non-humorous song.

The bar is high for Off the Beat, considering their decade-plus of quality studio work. AUDIOEDEN is not universally phenomenal but is representative of the group's strong tradition. I highly recommend the EP to all a cappella listeners, particularly for its interesting song lineup and high-energy solo work.