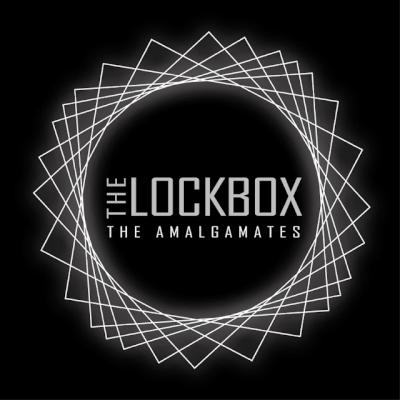 The Amalgamates, Tufts' oldest mixed-voiced a cappella group, has put out a superb album in The Lockbox that is consistent with the high-quality work the group has put out in the past. It is an album that easily outperforms the average.

The quality I like most about The Lockbox is its consistency. The songs are well-executed, the soloists are well-suited for their songs, and the production team makes the album a seamless listen. I left my listening experience feeling that the whole is greater than the sum of its parts, which is a sign that the album is doing something right.

The background voices are engaged throughout the album, because of both the musicality of the group members and the solid arrangements. The album opener, Satisfaction, does this well. There are changes in dynamics and it sounds like the group is actively singing (not robotic singing in a studio). The arrangement provides texture to the background that complements the soloist and adds value without being distracting — for example, the bass line riff around 2:20.

It's not just the high-octane songs that provide the sort of active singing that makes this album stand out, though. Slow Dancing in a Burning Room is a good example of the group applying this approach in a slower ballad. Some groups would settle with block chords, perhaps some dynamic shift, with a solo overlaid. But the Amalgamates use the opportunity to create a full sound through rhythmic variation in the background parts and excellent use of dynamics. It allows the song to move forward and build on itself without the energy get sucked out of the background or the listener feeling disengaged.

These well-executed fundamentals allow the group's soloists to shine. I love that Aurora Phillips is featured on not one, but two songs here. She is stellar and I am impressed by the versatility of her voice and her musicality. Phillips is not the only one to shine, though. Charles Winston excels in So. Good. The silky-smooth tone of his voice and total control sends shivers down my spine. I think he will paralyze some listeners.

There are a couple of tracks that fall closer to the "average" column. Homegrown and Saving All My Sinning fall into this category. The arrangements are not as dynamic as others on the album (at times a bit repetitive, allowing the listener to lose attention), and I wish the soloists came to the lead with more gusto. The tracks are still good and worth a listen, just not great.

Overall, this is a wonderful album. It is well-executed, even if not always pushing the boundaries of a cappella, and other groups would be wise to look to The Lockbox for best practices.

Satisfaction opens this Lockbox with the energy every musican dreams of. Jeremy Silver's vocal percussion explodes out of nowhere, the whole group propels the song forward, and the Plaid Productions team makes sure you can hear everything you need, every way you want.

This gets the Amalgamates off to a pretty good start. The album mostly holds up, then finishes strong with the catchy and mid-tempo Hold Back the River. The Lockbox's impact owes as much to the care put into its recording as the underlying performances of its singers. The combination gets you a shiny, compressed wall of sound that will let these songs fit in with the rest of your Top 40 collection. If you like that sort of thing, you'll like this a lot.

I admit, I fell for some of the more gimmicky studio add-ons. The stadium-sound singalong section in Say You Love Me is tons of fun and gives an extra oomph to Sammy Nunan's overall stellar arrangement. To throw out some other examples, the jingly tambourine-ish background that pops up in Way Down We Go is a charmer, and the high-hat in Slow Dancing in a Burning Room sounds a lot less vocal than the able beatboxing it accompanies. There are even more jingle bells in the disco-y Saving All My Sinning.

There is some very good singing here, too. Both of Aurora Phillips's solos — Let It Be and Never Be Like You — show off some impressive high notes alongside a more familiar pop swagger. Mallory Feldman is great on Hold Back the River and utterly gorgeous on Say You Love Me, which by the way has some marvelous tempo changes anchoring what to me is this release's strongest background. Smile has an everyman charm that Jeremy Silver — the arranger as well as the soloist — does his best to augment by building in a fair amount of sonic variety to some pretty repetitive source material. Saving All My Sinning sets up a great disco vibe but doesn't quite have the guts to stick to its 1970s guns through the entire chorus, but that strikes me as a matter of personal taste rather than a performance shortcoming. Ditto the "jamma jamma"s in country-throwback Homegrown, or Charles Winston singing his heart out on So. Good. He sings very well, but I still wasn't into the song. Your mileage may vary.

Pop music gets a star turn in the latest from the Amalgamates. If that's what you want in your a cappella, you've come to the right place.

With The Lockbox, the Tufts Amalgamates have locked in their standing as one of the (or the?) best mixed collegiate groups in the country. Top to bottom, these songs are wonderfully arranged, engagingly performed, and exceptionally well recorded and produced. It's an album that sounds both like a mixtape and like a cohesive album; these songs flow together well as a group.

There are too many outstanding moments here to mention them all, but here are just a few: the performance of Let It Be (the Labrinth song, not the Beatles) is one of the standouts on this release. Angus W. Finlay's arrangement moves beautifully, Aurora Phillips's lead is stunning, and the gorgeous soprano line is an earworm that will stick with you for weeks. Way Down We Go is an entrancing performance, and the arrangement (by 'Mates alum Alex Green and his Plaid partner Alex Koutzoukis) is smolderingly elegant, growing and swelling at just the right moments. Isaac Lasko, the lead on Slow Dancing in a Burning Room, offers another highlight; his velvety delivery has just the right twinge of sorrow. None of these songs are too cluttered, either: the momentary pauses in Say You Love Me are perfect, allowing the song to breathe when it needs to.

Hold Back the River is the perfect album closer between Mallory Feldman's lead, the arrangement that pairs moving lines against sustained notes, and the group's engaging delivery. Every single time, I am a little bummed when this song ends: there's something so rewarding as a listener to know it's the last song and still have an, "Aww, is that it?!" reaction. Every. Single. Time.

I could go on (and on and on) about this album. I've reviewed the last few 'Mates albums, and this group has had nearly a decade of great recordings that I still listen to regularly. I expect The Lockbox to remain in my regular rotation. If you're a fan of vocal music, you will find (at least) one performance here that blows you away. Thanks to the Amalgamates for keeping the quality of the group's performances and recordings so predictably consistent over the years. It is always a treat to see a new 'Mates album in my inbox.

The Lockbox also streams on Spotify.