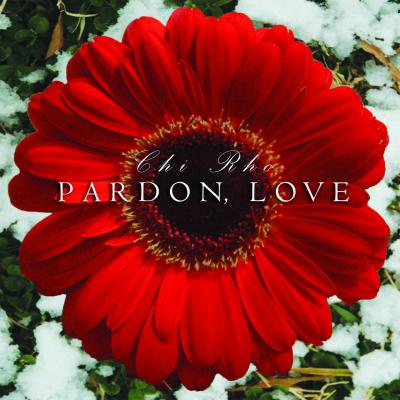 Chi Rho is in a niche within a niche: collegiate a cappella, subgenre Christian. As with any religious identifier, listeners will approach Chi Rho's music with an inherent bias. For those who would pass over Pardon, Love for its religious content, I encourage you to take a chance and give this album a listen.

Chi Rho's heartfelt sincerity, tasteful approach, and undeniable musicality are evident in every note, and the Christian message is rarely overt. As with their prior release, Here Is What I Know Now, Chi Rho covers a mix of secular, Christian contemporary, and traditional spiritual music.

Roman Irvin is the primary arranger with solo or shared credit on seven of the twelve tracks; however, all the arrangements seem to come from the same point of view. The background often echoes the lyrics, and "oohs", "ahhs", "doos", "nas", and "zjas" abound. Yet this is done with so many layers and rhythmic intricacies that the ear is intrigued. While the most unique arrangement is Nearer My God to Thee, which uses Latin phrases in various parts of the backing lines, the kudos for this go to BYU Vocal Point.

In keeping with the Ninth Commandment, Chi Rho gives credit where credit is due. Nearer My God to Thee is identified as an adaption of Vocal Point's version. I also recognized the intro to Wade in the Water as coming from Incense and Peppermints and flipped to the liner notes to see if that was listed. Though only twenty seconds long, Chi Rho acknowledges the borrowing. Bravo.

Chi Rho gives clean performances with tight blend and pitch throughout. The soloists are also quite good. Gabe Irby and Ryan Wryofsky respectively channel John Mayer and Josh Groban on Not Myself and You Are Loved (Don't give up), while Roman Irvin deserves further recognition for his soulful Another Day.

My only pet peeve is some of the lyrics in Getting into You, one of the contemporary Christian numbers. Just imagine South Park's Cartman singing this with his Christian rock band Faith+1: "I'm getting into you because you got to me, in a way words can't describe." Eek.

Pardon, Love, Wake Forest University Chi Rho's latest offering, kicks off with the bright and shiny vocals that are attributable to most contemporary Christian music. Vowels are forward, parts are few, and tuning is good, yet there's something different about these guys. There's more soul and believability in their message than most contemporary Christian groups I've heard over the years (a cappella and otherwise). Chi Rho is certainly unique.

The backing vocals are thin throughout, which is something Chi Rho could speak up about in the mixing room because it's certainly something that can be fixed. It sounds like there are four to six parts throughout Pardon, Love (sometimes as few as three). The album art shows fourteen guys, so what gives? Chi Rho is more talented than they are showing here. Their basses have depth and provide a nice groove for the upper voices, which could certainly expand into fuller chords when they are singing whole note "oohs/ahhs".

Pardon, Love credits FlybyWest Music in Nashville for the production, an organization that does an overall nice job for the guys. However, they may want to make sure the tricks they are using are coming across as believable. The opening rhythm of Days Go On is snapped onto a grid in an annoying fashion. Honestly, robots could do a better job of making it believable. If the studio can't fix your rhythm (or actually makes it worse), it might be advisable to drop the track or do some rearranging to make the rhythm accurate. The pre-chorus and chorus aren't as bad as they use a different rhythm. There's also a weird fade-out at the end, which is anticlimactic to say the least.

Wade in the Water may just be Chi Rho's best effort on this album. Soloist Tyler Karlen does a great job of feeling the groove and it infects the rest of the group positively. The arrangement (Roman Irvin) is imaginative and fun. Kudos for taking some risks here; they were worth it as this is the track that listeners will surely go back to again and again. It has a Take 6 feel to it, which is rare to say about college groups.

Vocal percussion is light and tight and stays in the background for the most part on Pardon, Love. This fits Chi Rho's style, except in the middle of Getting into You where the percussive sound seems to be emulating sleigh bells, but without the pitched chime. It's distracting to the point where it's all I can hear, which is probably not the effect Chi Rho was going for.

You Give Me Something is forgettable, yet the backing vocals are the warmest they've been on the album up until this point. I need to hear more of this from Chi Rho and their production in the future because their singers are too good to slump down in the back seat like they're hiding from the police the whole album.

There aren't too many secular covers here, and maybe there shouldn't be as they don't come across very well. You Are Loved (Don't give up) is sluggish from the get-go and seems to affect the soloist's ability to gain any forward momentum with this difficult Josh Groban cover.

Chi Rho is talented and Pardon, Love is a more enjoyable listen than your average collegiate album. If they can get more arrangements like Wade in the Water, it may just take them over the hump.

Chi Rho does the Christian community at Wake Forest proud by putting together a very engaging album with Pardon, Love. The all-male Christian a cappella group provides consistently above average tracks that feature thoughtful singing, impressive frontmen, and genuine spirituality. It's clear that these singers aren't just singing these songs; they're really feeling them.

I've never really been one for contemporary religious music, but Chi Rho makes it sound fresh. It starts with their impeccable musicality. Blend and balance are virtually perfect, cutoffs are precise, and dynamics are well-implemented. This sets a nice foundation for what I believe to be the more important factor in this album's strength: the soul. It may sound kind of corny, but these guys really make their love for God apparent, and that's pretty awesome. I'm not a religious person at all, but they made me at least appreciate how powerful spirituality can be.

I also have to mention how great the solo talent is. Every lead is sung with passion and with precision. Again, it is that pairing of musicality and spirituality that makes this album such a great listen. Solos by Ryan Wyrofsky on You Are Loved (Don't give up), and Gabe Irby on Not Myself are particularly powerful, but again, there really isn't a weak one in the bunch.

There are two issues I'd like to address, however minor they may be. The first is the simplicity of the arrangements. None of the charts really grabbed my interest. Some are overly simple, repetitive, or predictable (Take My Hand, Wade in the Water). Others are a little tacky, like the "solfege" section of Days Go On (that's a minor scale, guys!). The second issue is that, in spite of generally sharp and appropriate production, every so often a heavily autotuned note will stick out. It doesn't happen much, but when it does, it kind of breaks the momentum. A little more attention to detail would have weeded out these artifacts. Neither of these problems are enough to detract from the overall experience, but they're worth noting — if Chi Rho manages to address these in time for their next release, they'd probably offer one of the best albums of the year.

This album represents a very high "4". Heartfelt spirituality is accompanied by solid musicianship. Christian or not, make sure you pick up Pardon, Love.

To order this album, visit the group's website or Amazon.com.