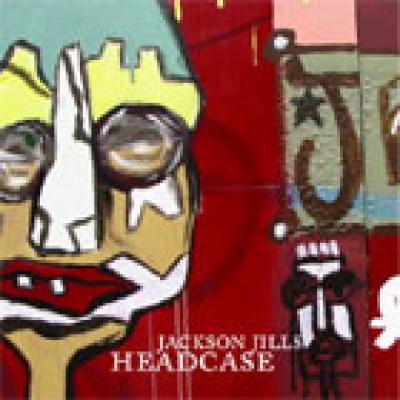 This is certainly not the first time I've had the opportunity to listen to the work of Tufts' Jackson Jills, but this is the first album of theirs I've reviewed and honestly, I was expecting more.

I wanted the group to live up to its reputation as being among the premier all-female collegiate groups in the country and, in perusing the liner notes where the group proclaims that it continues "to strive for a cutting-edge sound" and is "pleased to offer this latest compilation of musical brilliance and mastery...", I was optimistic that the ladies might live up to their own billing.

Disappointed I was then that Headcase is just "good" — not great, not bad. A bit better than just plain satisfactory but far short of exemplary. The ladies have a sweetness of sound that is appealing, a blend that is lovely, and tuning that is quite solid (but for the occasional hiccup in some faster moving passages).

Beyond that, there is a feeling of simplicity (for lack of a better word) that pervades this album and that gnawed at me throughout. But for a few exceptions (the latter third of My Immortal and most of Til I Hear It From You, to name two), the arrangements shade toward the one-dimensional: a basic background rhythm, sung in harmony by the group, against percussion tracks of varying complexities and a solo. That's not so bad in a tune like Cowboy Take Me Away, but Underappreciated felt much more like "under-arranged". Yes, there are other fills and ornamentations that pop in now and again, but overall, many of the tracks are terribly flat (texturally, not phonically) and probably aren't helped by the washing of reverb and chorus (see Precious Illusions) that waters down whatever nuances might actually be buried in the arrangement, rendering them virtually inaudible.

Further to their liner notes, the Jills definitely let the engineers and producers bring their bag of studio tricks to the sessions, but the sound is hardly "cutting-edge". Indeed, there seems to be a great deal of indecision regarding the use of effects which at times are used appropriately, other times inappropriately or excessively, and yet other times they are noticeable by their absence, and the song suffers for it. The VP in Til I Hear It From You is pretty much just the right mix of processing and sophistication. Why, then, is the VP in the album's opening song, a just-miss attempt, so basic (100% Pure Love)? Why is the VP on My Immortal so under-processed? If it works once, use it again. If it ain't broke, don't feel the need to fix it or change it just for variety's sake.

The Jills have been around since 1963 and, like every group, no doubt have their ups and downs. Headcase features talented singers but perhaps doesn't showcase them in the most effective fashion and/or at the height of their talents. A pleasant album, to be sure, but by no means their best work.

It's a bit hard to know what to say about the Tufts Jackson Jills' latest album, Headcase. Or, to be fair, I know all too well what to say. Yet I am reluctant to jot down comments that will inevitably seem to Jills members as if I am cutting and pasting old reviews each year.

And yet, when I am sent the same thing year after year, not much else can be done about it. Just like Out of the Red, the Jills' previous album, Headcase is yet another collection of exceedingly average women's collegiate work. It may be my imagination, but it seems as if each successive album moves towards an inoffensive, shruggable musical center. Track after track blends together regardless of genre or soloist. When you have an album with tracks that range from a techno opener to Paula Abdul to Maroon 5, that is not a positive trait.

I don't think all is lost for the Jills, but there is work to be done. Firstly, the Jills have generally eschewed studio tricks this time around for a simpler, unadorned sound. This works with lush, layered tracks like the Sarah McLachlan closer (with its lovely Enya-ish harmonies and chords) but not with harder, edgier tracks that require production magic to compensate for the limited vocal range of a women's group. Secondly, the Jills arrangements generally do them no favors. They are overly repetitive and simplistic, busy on the faster songs, monotonous on the slower ones. Thirdly, the group doesn't seem to have chosen a repertoire that plays to the strengths of its singers. The soloists are capable, but I didn't find a track here where a singer really knocked it out of the park, whether by technical prowess or emotional resonance.

Headcase is ultimately just another yearbook album that the Jills of that era can distribute to supportive, undiscerning friends and families. But I hold out hope that the Jills will regain their step and make me work a bit harder in writing their next album's review.

Even the Jills recognize what an improvement Headcase is over their last effort, Out of the Red. This showcase of a "bold, revamped style that reflects an evolving playground of vocal and technological capabilities" (their words) is a solid, well-produced and indeed worthy release deserving recognition. Sure, it's got your standard female fare (what collegiate women's album is complete without the Dixie Chicks and Sarah McLachlan?), but with soaring solos, clean blends, and improved percussion, Headcase offers a decidedly different and markedly enhanced sound from what I've heard before.

I took the space in my last review to discuss the three flaws holding the Jills back from achieving a cappella superiority (bass, vocal percussion, and background vocals). While they're not quite there yet, Headcase strives toward a purer (perhaps less "mushy"?) sound that flat out beats the drabness heard previously. Allow me to use the rest of my 250-500 words to harp on those aspects of recording.

First, vocal percussion. The Jills have now moved beyond kick drums, although they are used quite appropriately where needed; Harder to Breathe employs the proper push, including a nice hi-hat in the bridge, and 100% Pure Love has a great percussive beat that moves the whole song forward, but not too forcefully. Part of this is no doubt due to the studio magic and mastery, but I'm not complaining about its origin. On the whole, the use of engineering has improved the Jills' recorded sound dramatically, and the percussion benefits immensely.

Next, there's the bass. Finally, a recognizable difference between bass and percussion. The first song features a climbing staccato bass that eloquently captures the energy and excitement of this dance favorite and that's separate from the drumming. Song for a Winter's Night makes use of a haunting bass line that ebbs and flows out of each measure without disturbing the integrity of the song until the second verse when the octavized bass is slowly confused with the kick drum again in the refrain. And while the bass is hitting all the right pitches in Straight Up, it's neither punctuated nor prominent enough to sharpen the song. Cowboy Take Me Away makes the best use of the bass sound as an anchor to each chord, even if they do move in parallel (a music theory no-no, as I've learned).

Arrangements, however, still need work. Some of the songs appearing on Headcase exhibit a wide distance between the higher and lower voices, creating a void in the middle ranges. Straight Up, Harder to Breathe, and Precious Illusions all have uninteresting inner voices and backgrounds that don't rock as hard as they should. Yet Underappreciated celebrates the lower voices with a sprinkling of soprano enough to pepper the song with a nicely rounded range, and Cowboy Take Me Away effectively utilizes all voice parts in the appropriate places, even if its arrangement is a bit predictable.

As Cher from "Clueless" would say, "Not a Betty, but a vast improvement". Most of the issues I found with Out of the Red have been touched upon and changed for the better. I'm happy to find Headcase more resonant with my memory of the Jills' live show than the last album I heard. Since they turned to engineering, I'd have liked to hear a little more tricked out guitar, but the techno and dance tracks are pretty solid. Well done, ladies.