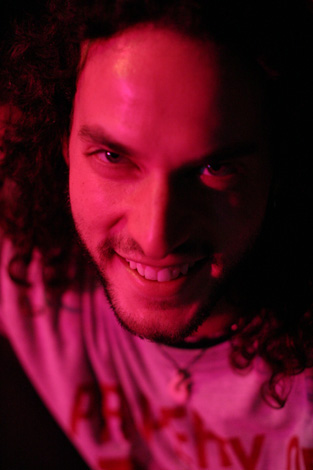 Music’s been a part of my life since I can remember. My parents sat each of their three children down when they turned five and asked them what instrument they wanted to play. I chose the violin and viola, and kept playing those long after I knew that, at my core, I was a singer. I was trained classically and sang in chamber choirs through my first term at MIT, and joined The Chorallaries at the beginning of my sophomore year. We made a CD and were put on BOCA ’99. I had a brief stint as the Business Manager but ended up directing the group for two years, through a solid showing in the ICCA and the production of another album.

I sang with the Chorallaries through my first year out of college (everyone is allowed four years from when they enter) and then took a break from singing in any organized sort of fashion. I worked in biotech. I picked up the guitar, I saw lots of concerts, and I kept reviewing for RARB, but I wasn’t getting the dose of music that I needed, and I realized I needed to change my life’s course.

So I went back to school. Berklee College of Music, to be exact. I’m a Music Production and Engineering major there with voice as my principal instrument. I’ve also gotten back into a cappella there as a founding member and the director of Berklee’s new all-male group, “The Method”. Keep an eye out for us, won’t you?

As for the music I listen to, a scroll through my iPod will show you a wide variety. The jam bands (Phish, the Dead, Widespread Panic, moe., etc.) take up a lot of space, as do the classic rock, the hip-hop, and the jazz. My world music collection is always growing. I don’t know where I’d be without Stevie Wonder. I have a fondness for B’s, so clearly Bjork, the Beatles, and the Bobs (that’s Dylan and Marley) are big players. Round things out with a healthy collection of electronica, country, classical music, and a cappella, and you’ve got a sense of where I’m coming from.